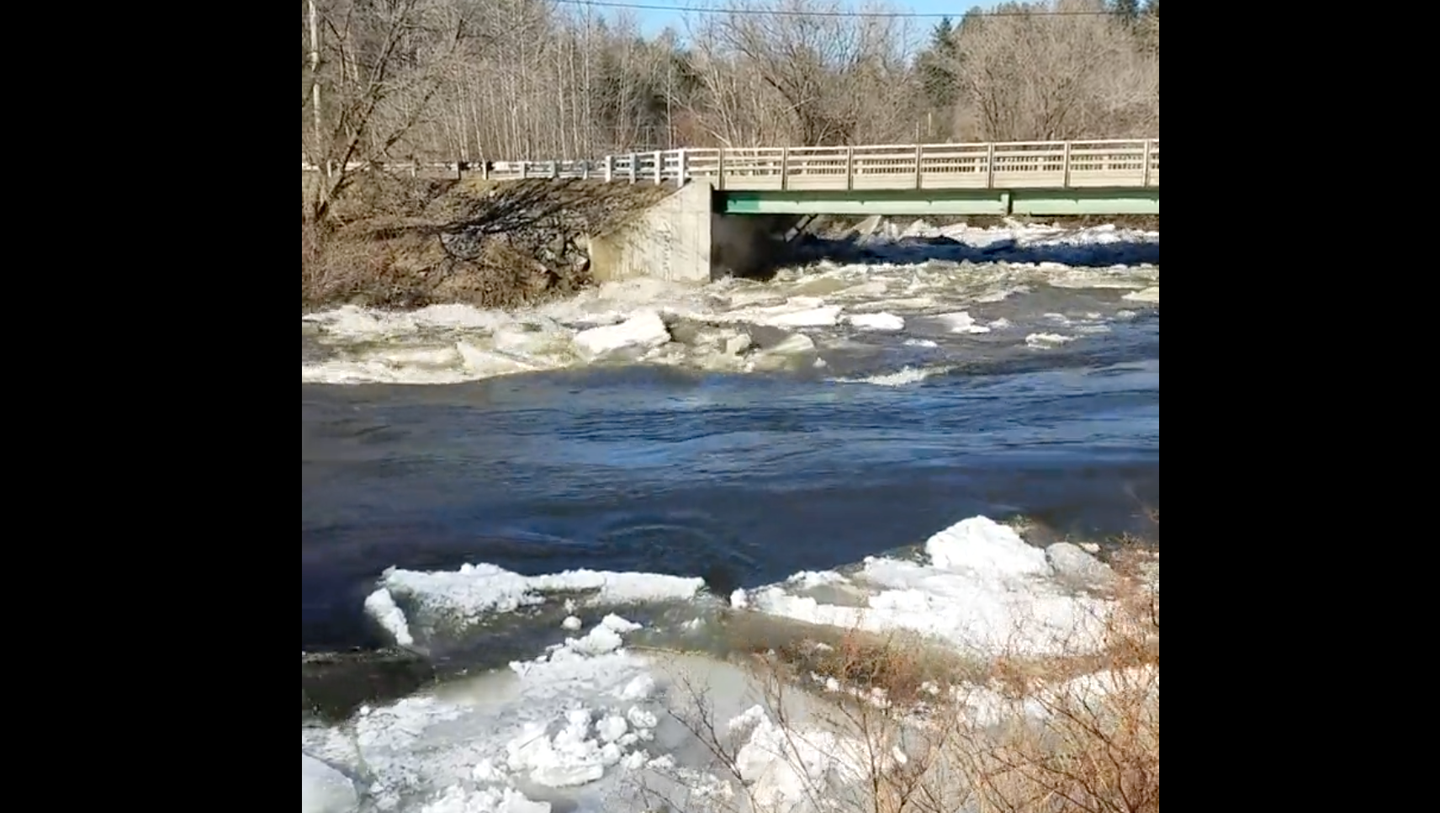 As many parts of the country are reaching the tail end of winter and the first days of spring, conditions are changing on waterways across the U.S. One phenomenon that occurs as frozen rivers melt is called an “ice jam,” which is when chunks of ice clump together and block the flow of a river. When these jams release, huge chunks of ice and strong flows of water can quickly be sent downstream without notice. The intensity of such an event was on full display recently on a river in Vermont.

“Most days when I take my walk through Saint Johnsbury, Vermont, I sit down on a rock on Elm Street and get the same picture of the Moose River,” recounts Thomas Nowicki in a Facebook post on February 24. “Today, I did that and then decided to take a video of the swollen river and all of the ice in it, when suddenly a raging torrent from an ice dam upstream swept down. It went on like this for five or six minutes before settling down and filling up completely with ice. I have never seen anything like it!”

The complete transformation of the river conditions in a matter of seconds is spectacular—but this kind of dynamic is also potentially lethal for anglers and other recreational users of rivers during this time of the year. Anglers are encouraged to check for ice-jam and flash-flood warnings on waterways that they plan to fish. These videos prove just how important it is to wade with caution and have a plan to quickly exit the water if conditions suddenly change. The incident on the Moose River is not isolated to the area. A similar video was recently captured of an ice jam break-up on the Kankakee River in Wilmington, Illinois.

According to the National National Oceanic and Atmospheric Administration, these kinds of events are particularly common on waterways in the Northeast, the Midwest, and Alaska. When temperatures gradually increase, the risk for a severe ice jam tends to remain low. But when snow and ice melt rapidly because of significant temperature increases, the risk for flooding from ice jams also spikes. The flooding from ice jams has the potential to inflict devastating damage to infrastructure and houses along rivers.