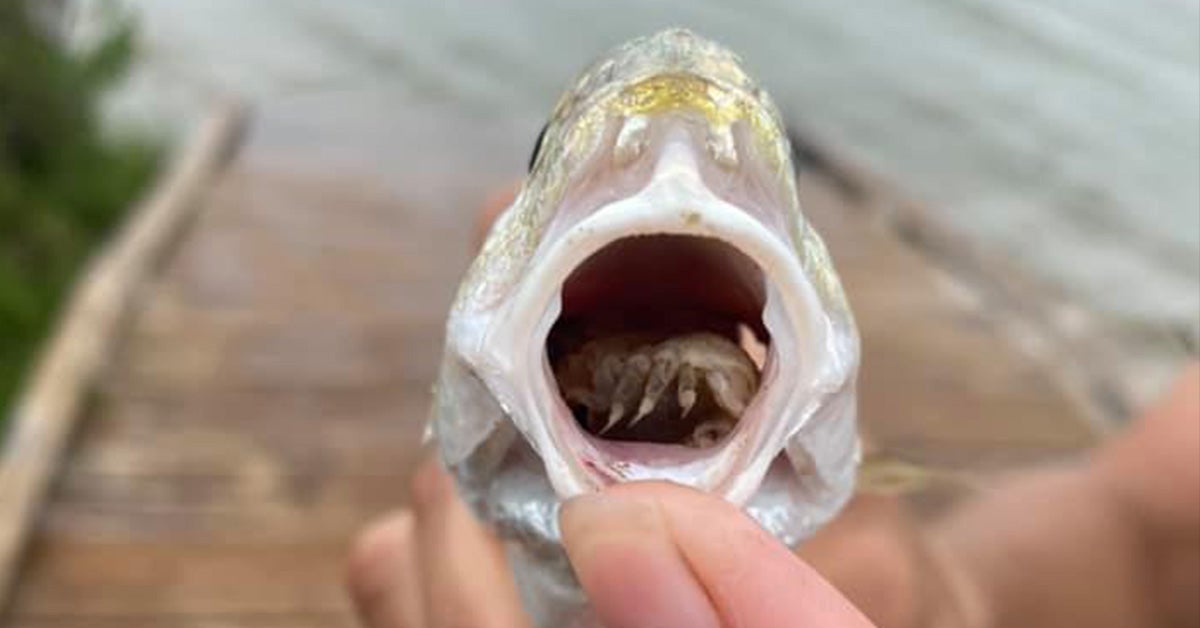 The tongue-eating parasite is also known as a ‘snapper-choking isopod.’. Texas Parks and Wildlife
SHARE

An Atlantic croaker that was caught last week at Galveston Island State Park in Texas became a social media phenomenon after the Texas Parks and Wildlife Department (TPW) posted a photo of it on the agency’s Facebook page. It wasn’t the fish’s size or any other remarkable feature generating the buzz. Instead, it was its tongue—or lack thereof.

The fish was “hosting” a tongue-eating isopod, which is a parasitic louse that somewhat resembles its terrestrial cousin the pill bug or “roly-poly.” These parasites use their legs to attach themselves to a fish’s tongue and suck blood from the tongue until it dies. A PBS Nova video from 2013 notes that this situation, while “unpleasant” for the fish, doesn’t kill it, at least initially. Once the natural tongue withers away, the parasite attaches itself in its place. The fish then uses the isopod like a prosthetic tongue, while the isopod feeds on mucus.

The parasites are called “protandric hermaphrodites,” which means that males can become females as adults. Typically, a group of juvenile male isopods enters through the fish’s gills. One male becomes a female and attaches itself to the fish’s tongue. Scientists speculate that the female then mates with the remaining male isopods living in the fish’s gill chamber.

“Tongue-eating louse or ‘snapper-choking isopod’ are somewhat common among certain species of fish, like Atlantic croaker, spotted seatrout, and a few species of snapper,” TPW Coastal Fisheries Science Director Mark Fisher told KSAT. “It can be a surprise to peer into a fish’s mouth and have another set of eyes looking back at you.”

According to North Carolina Fishes, menhaden are another fish that seem highly susceptible to having their tongues replaced by the isopod, so much that they’ve earned the nickname “bug mouths.” The isopod is not known to affect people.