Javelina Breaks Into Subaru, Eats a Bag of Cheetos, Then Goes for a Joy Ride 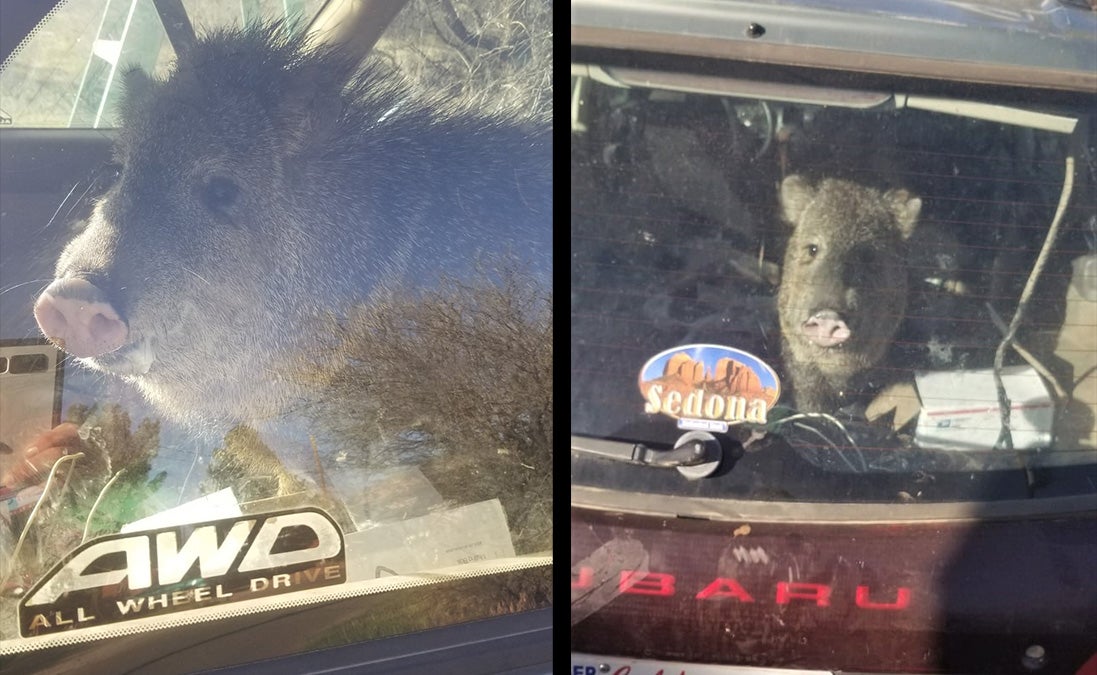 A javelina with a case of the late-night munchies caused quite a dustup in Cornville, Arizona, last week. The small mammal managed to take a car for a short joyride after jumping into the vehicle to devour a bag of Cheetos.

According to a Facebook post by the Yavapai County Sheriff’s Office, a deputy responded to a call for help on April 6 to find the hungry beast trapped inside a Subaru hatchback. A quick investigation determined that the car’s owner had left the hatch open and the tasty snack unsecured overnight—providing both an opportunity and a motive for the crime.

“Who doesn’t love a midnight Cheeto snack?” wrote the Sheriff’s Office in the post. “[The javelina’s] entrance shook the rear hatch closed, locking the hungry little fella inside. After licking the Cheeto bag crumbless, his attempt to exit the vehicle proved to be more cumbersome than entering.”

In fact, the javelina destroyed a good portion of the Subaru’s interior and managed to knock the car out of gear, allowing it to roll down the driveway and across the street. Fortunately, no one was hurt, including the javelina. The responding officer was able to rescue the trapped animal by opening the door and letting it run away—and order was restored.

Javelinas, known more formally as the collared peccary and somewhat less graciously as the skunk pig, look a bit like a smaller version of a wild boar. They thrive in the desert habitats of Texas, New Mexico, and Arizona, all of which have javelina hunting seasons. Members of the species are also found in Mexico, Central America, and as far south as northern Argentina.

Though obviously having a little fun with the Facebook post, the sheriff’s office did offer a serious warning about the harms of feeding wildlife. “If you’re in the Southwest, you probably already know it’s best not to feed javelina,” writes the agency. “Yes, it’s tempting, but when wild animals are fed by people it draws them into neighborhoods and can create unnecessary conflicts.”

Commenters, of course, keyed in on the humor in the situation. “I hope they weren’t Flaming Cheetos! That’d be a hot mess!” commented one person. “This is why I ALWAYS use the parking brake. Just to avoid this exact situation,” joked another. And one reader gave a hat tip to the public affairs officer behind the Yavapai County Sheriff’s Office Facebook post: “Whoever wrote this should receive an award for creative writing. Great job!”

I’m here for it. After all, when fate hands you a skunk pig on the lam, you can be forgiven for hamming it up a bit.