A kingsnake lives up to its name in this footage, quickly dispatching the smaller serpent and then swallowing it whole 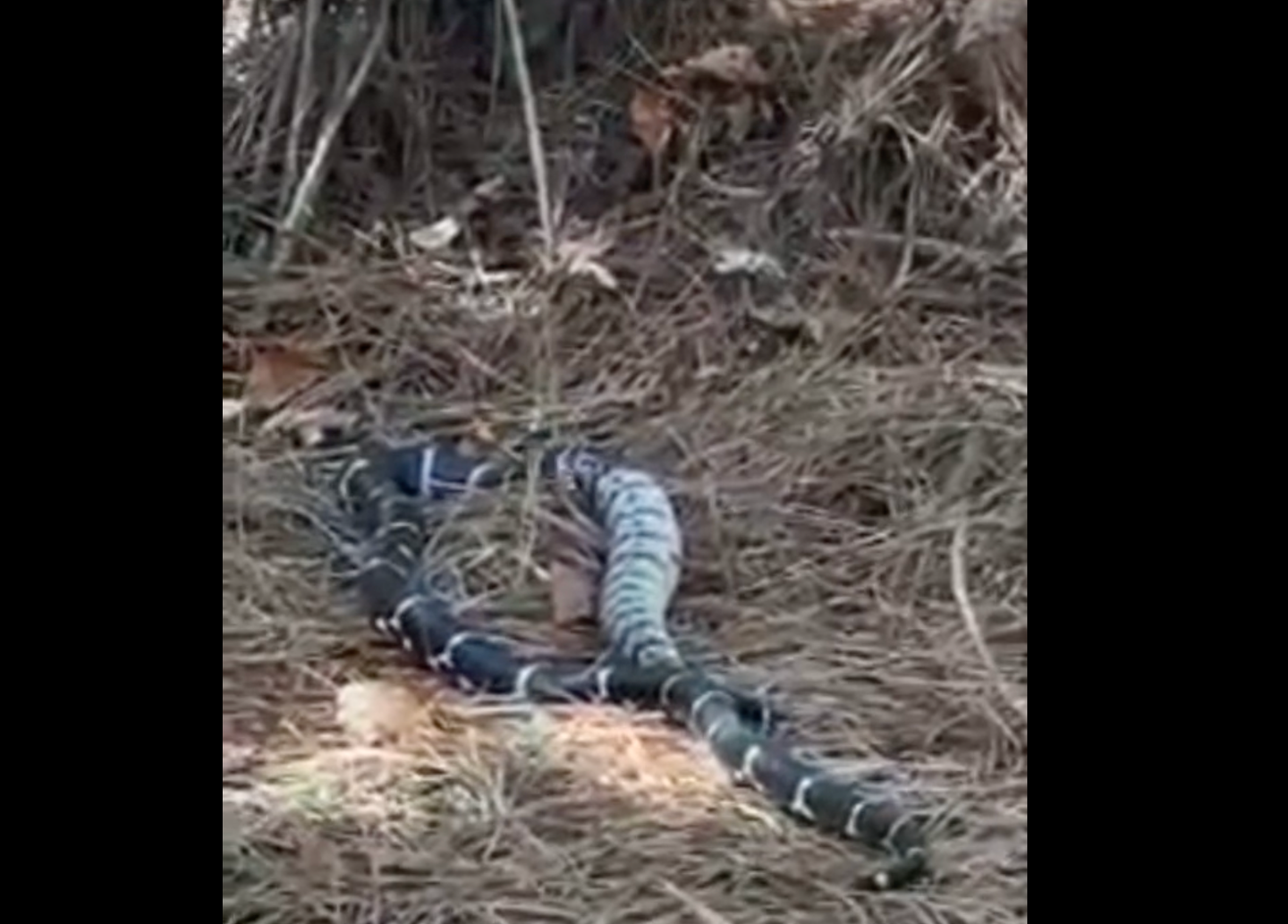 There’s a reason they call them kingsnakes. A recent video posted on the Georgia Department of Natural Resources Wildlife Resources Division Facebook page shows a kingsnake putting an absolute beatdown on a small timber rattlesnake. The kingsnake slithers up to the rattler, sinks its fangs into its body, suffocates it, and then eats it whole.

“While walking near her home in Dexter, Georgia, Brandi Johnson almost stepped on what turned out to be a once-in-a-lifetime wildlife interaction to witness: a timber rattlesnake being preyed upon by an eastern kingsnake,” writes the DNR in the video’s description. “Kingsnakes are large, black snakes that can be found throughout the state. They are strong constrictors capable of consuming a wide variety of prey items, including venomous snakes.”

“Kingsnakes are resistant to the venom of pit vipers and are known to readily eat copperheads, cottonmouths, and rattlesnakes,” elaborates the agency. “They will usually strike and grasp snake prey near the head before coiling around, constricting, and swallowing [them] headfirst.”

The Georgia DNR also notes that Johnson recorded the video from a safe distance and didn’t disturb the snakes—letting nature take its course. Kingsnakes are found throughout the eastern United States. They can grow up to 48 inches long and typically feed on lizards, rodents, birds, turtle eggs, and, of course, other snakes. They’re protected in Georgia but not in other states. Timber rattlesnakes, which are also known as canebreaks, are also widely distributed throughout the eastern United States. They typically feed on small rodents, as well as squirrels and rabbits.

The Georgia DNR’s video prompted one viewer to comment that they didn’t realize kingsnakes were so aggressive, to which the DNR responded: “[You] gotta be quick and strategic to guarantee a meal!”