Watch: Pub Owner Smacks Aggressive Crocodile on the Snout with a Frying Pan 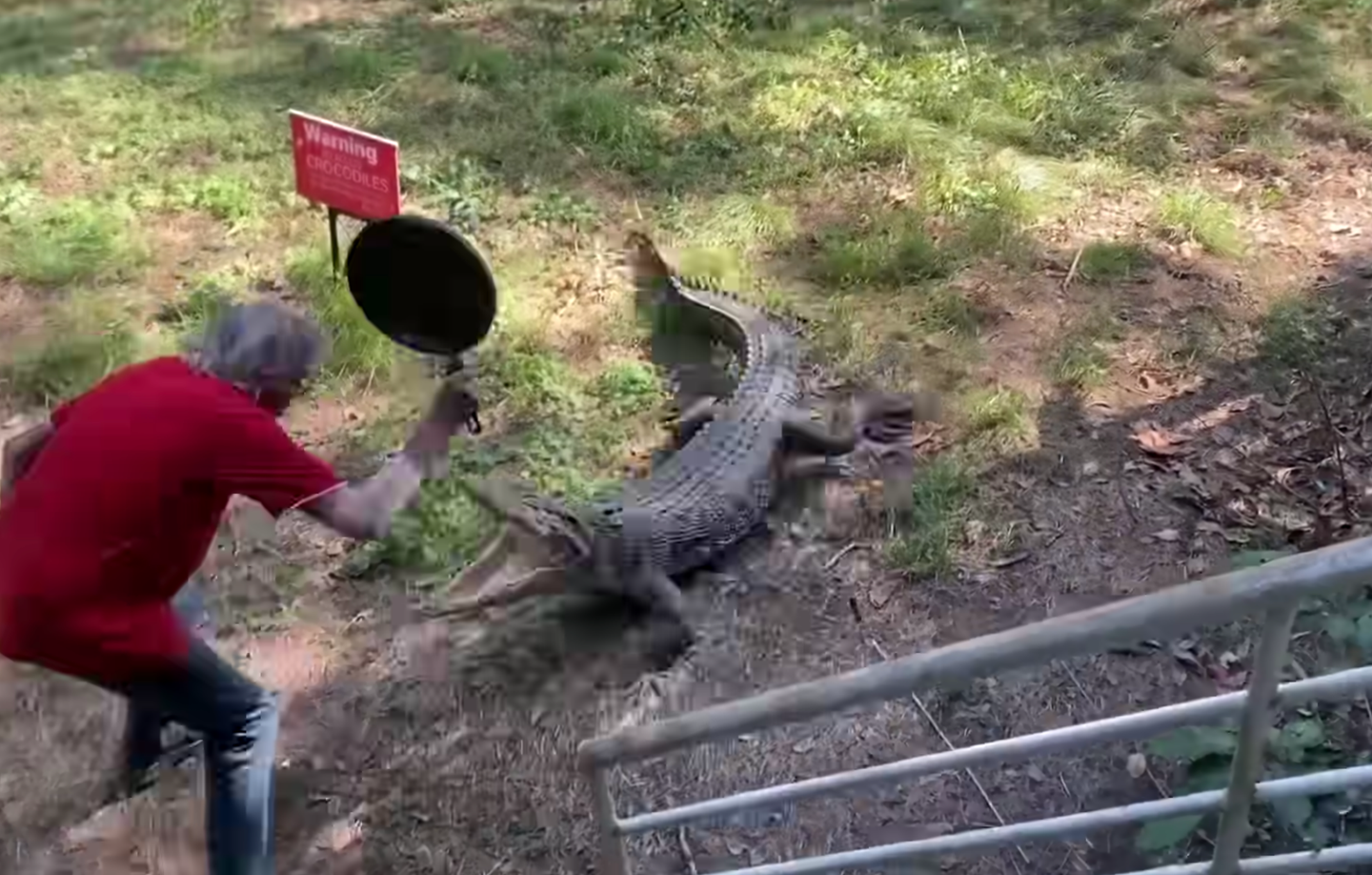 As one Facebook commentator aptly put it: “Nothing says Australia like an elderly pub owner hitting a crocodile over the head with a frying pan.”

Well, the man is Kai Hansen of Darwin, Australia, who owns Goat Island Lodge on the Adelaide River—a waterway renowned for its healthy crocodile population. Hansen moved there several years ago. He recently told 9News that his “kingdom has the only croc-infested moat all around it.” The “kingdom” is Goat Island and the “moat” is the Adelaide River. When Hansen first moved to the lodge in the Northern Territory, he had a small dog, Pippa, who would scare the crocodiles off his property. That is, until Pippa got eaten.

Hansen’s recent crocodile interaction was captured in a 17-second video clip. It starts with a croc approaching the grey-haired but hale-looking Hansen, who is armed with a large frying pan. As the croc approaches, it opens its mouth, confronting Hansen with impressively toothy jaws. But the guy doesn’t back down, he just whaps the thing smartly on the snout with the cast-iron pan. When the animal doesn’t retreat instantly, he smacks it again. This time, the croc whips around and skedaddles back to the shelter of trees lining the river. It’s all over in just a few seconds.

Hansen says he’s seen this croc often and has dubbed it “Henry.” Apparently, Henry is an overly affectionate suitor of Hansen’s pet croc, a female named Casey. Hansen says that Henry is bigger than Casey and that his repeated advances had forced Casey to retreat to a walkway by the island’s heliport.

“I wouldn’t say [smacking a crocodile with a frying pan] is an everyday event, but I’ve got to stay safe and do what I can,” Hansen told the Daily Mail. As for Casey, Hansen reports that she is once again pleased to have the run of Goat Island.