Man Fights Bobcat Barehanded in His Backyard to Save Dog. “My Dog is My Baby.”

The Canadian man was scratched, bitten, and even lost part of his finger in the scuffle 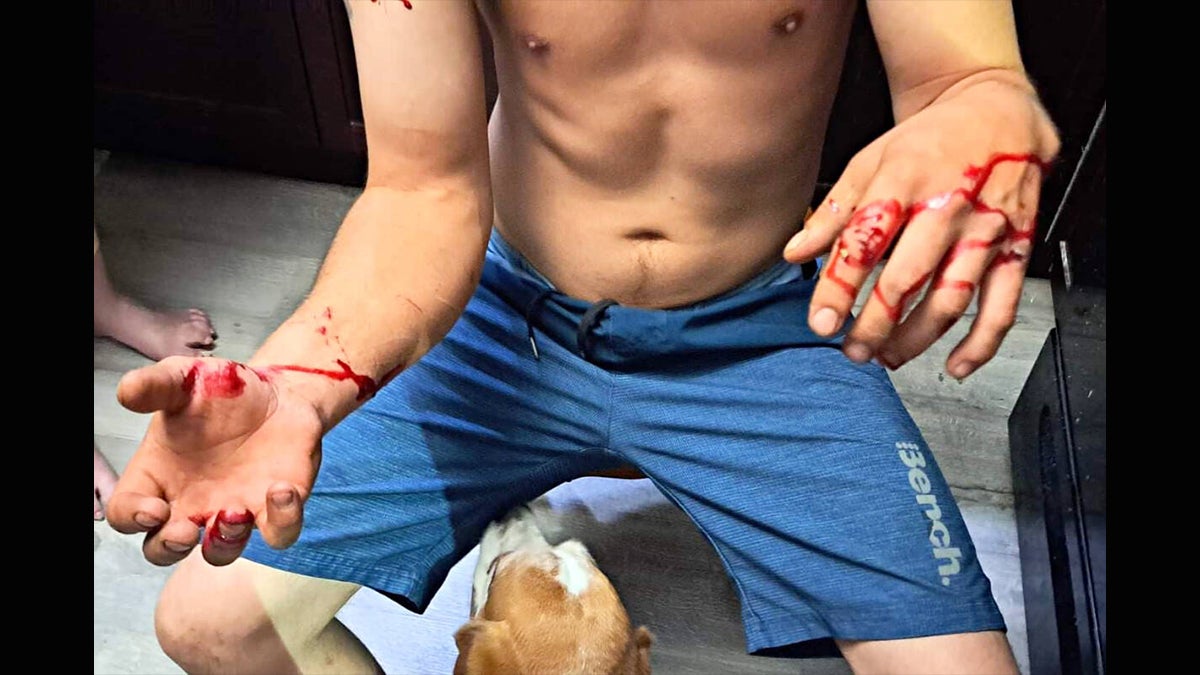 Joel Anstett was treated for tetanus and rabies after fighting the large cat. Joel Anstett
SHARE

A Canadian man is recovering from injuries sustained while rescuing his beagle from a bobcat attack in his backyard July 20. Joel Anstett, 37, of Ashcroft, British Columbia, received tetanus and rabies shots after being bitten and scratched on his arms and legs.

Anstett told Field & Stream that his dog, Apollo, was scratching at the door to be let out around 11:30 p.m. Though he typically allows the dog to go outside alone, he had noticed on two previous nights that Apollo was agitated by something in the yard and decided he should accompany the dog.

“As soon as I opened the door, he put his nose straight in the air and took off right for the corner of our house,” Anstett says. “I heard a loud thud, like something jumped on him and took the wind out of him. Then he let out a big yelp.”

Rushing to investigate, he saw what he first thought was a lynx, but soon identified as a large bobcat. The animal was on top of Apollo, and Anstett immediately jumped in to help his dog.

“Apollo is a big beagle, and that bobcat completely covered him,” he says. “When I was wrestling it, I tried to force my arm into its throat and that’s when it turned and bit me. Then it was survival mode for the cat. It was clawing, biting, took a good chunk off the tip of my finger. It left five or six teeth marks in my index finger and took a nail completely off.”

Anstett says his adrenaline was pumping so much that he tossed the animal over the fence into a neighbor’s yard. He estimates it was twice the size of his beagle and much heavier. The encounter left bites and scratches on Anstett’s fingers, wrist, arms, and legs, and five bites on the dog’s back. Both are recovering nicely.

Read Next: Dad Gets Pinky Bitten Off By Shark, Takes it Like a Champ

It could have been worse: Anstett says that on July 21 conservation officers in Ashcroft warned residents that a cougar had been spotted in the village and advised people to keep children and pets inside. He was told they later shot a cougar in a residential section of town.

“I don’t think I would have been able to pick up a cougar,” says Anstett, who is confident that animal was not the same one that attacked Apollo. “The conservation officer said he was very surprised that I went at it bare-handed, but I was in fight-for-survival mode. My dog is my baby. I’m sure anybody who loves their dog would do the same thing.”