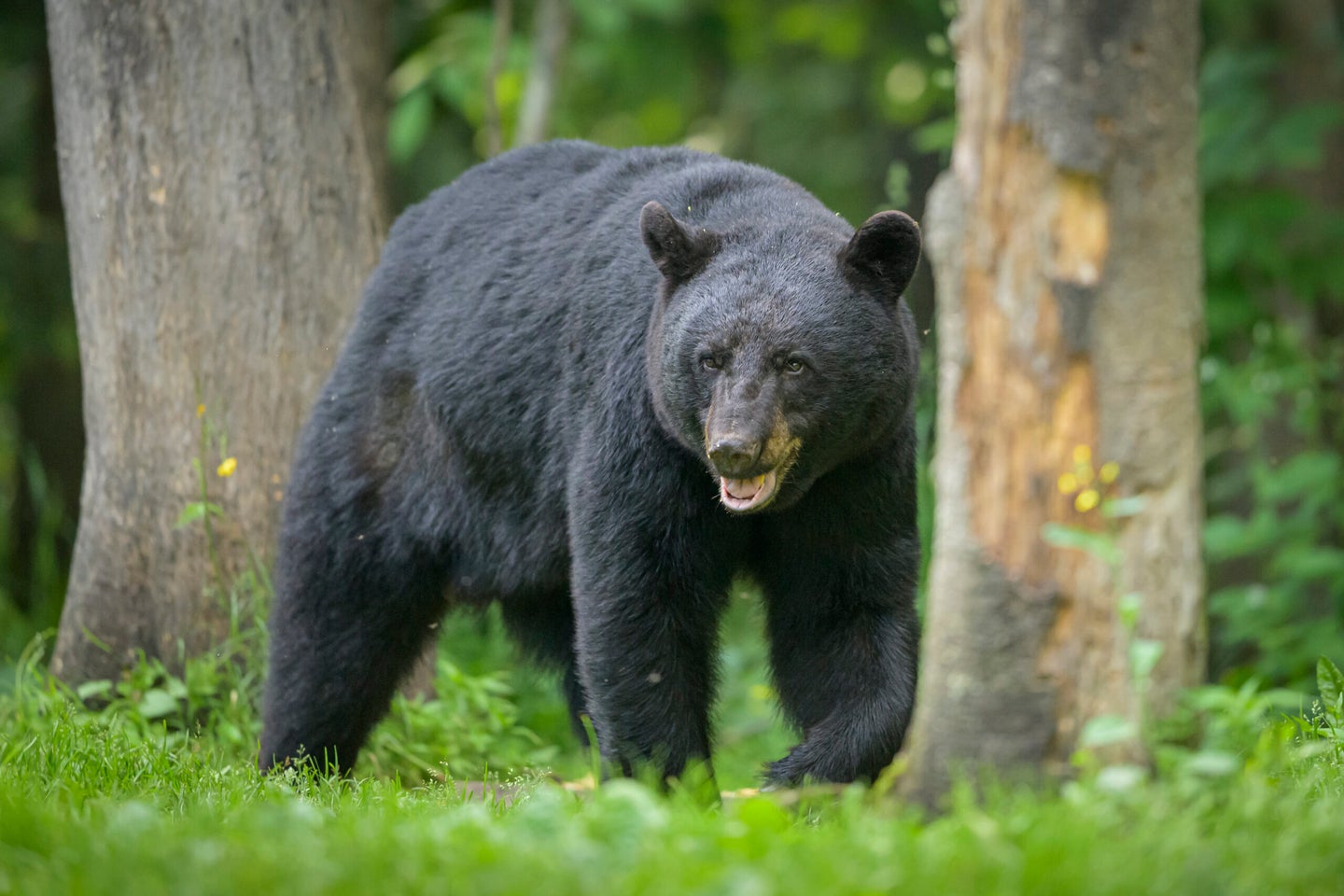 Connecticut is home to an estimated 1,000 to 1,200 black bears. Jared Lloyd via Getty.
SHARE

On Sunday, October 16, 69-year-old James Butler was working in his backyard in Morris, Connecticut, while his 10-year-old grandson played nearby. Suddenly, the boy screamed, Butler looked up, and there was a 225-pound black bear attacking his grandson. Butler and a neighbor managed to fend off the marauding bear, and the boy was taken to the hospital with non-life-threatening injuries.

“I heard him yell ‘bear,'” Butler told the Republican-American. “When I looked up, I saw his leg in the bear’s mouth and the bear trying to drag him across the lawn.” Butler, who uses a wheelchair, picked up a metal bar and chased after the bear. The bruin released the boy and retreated momentarily when Butler threw the bar at it, but then resumed its attack, this time attempting to roll the child onto its back.

Neighbor Jonathan Digimas heard the commotion and ran over to find Butler still trying to disrupt the attack. “I picked up the pipe, and I threw it at the bear as hard as I could,” Digimas told NBC Connecticut. “I struck it in the head. My neighbor and my neighbor’s wife brought the little boy inside. He was bleeding from his foot and he had claw marks all over his back.”

The bear then pursued the boy a third time, running up Butler’s wheelchair ramp to the house. “We thought he was coming through the screen,’ Butler told the Republican-American. “No doubt he was a big threat.”

At that point, a state trooper arrived and managed to haze the bear back into the woods behind the property. The boy was taken by ambulance to a local hospital for the treatment of a puncture wound to the thigh, bite marks on his feet, and claw marks on his back. He is expected to make a full recovery.

Department of Energy and Environmental Protection Environmental Conservation Police captured and euthanized the bear shortly after the incident. A necropsy later showed that the male black bear did not have rabies but may have been feeding from trash cans. DEEP officials labeled the bear “rogue” and said that residents should secure trash cans, remove garbage, bird feeders, and pet food from outside homes, and thoroughly clean grills to encourage bears to stay away. According to state data, Connecticut has between 1,000 and 1,200 black bears. The state’s bear population is steadily growing.