Australian Man Fends Off Horrifying Crocodile Attack with a Knife

The croc jumped into a fishing boat and latched onto a man's head, but his quick-thinking companion managed to the thwart the attack 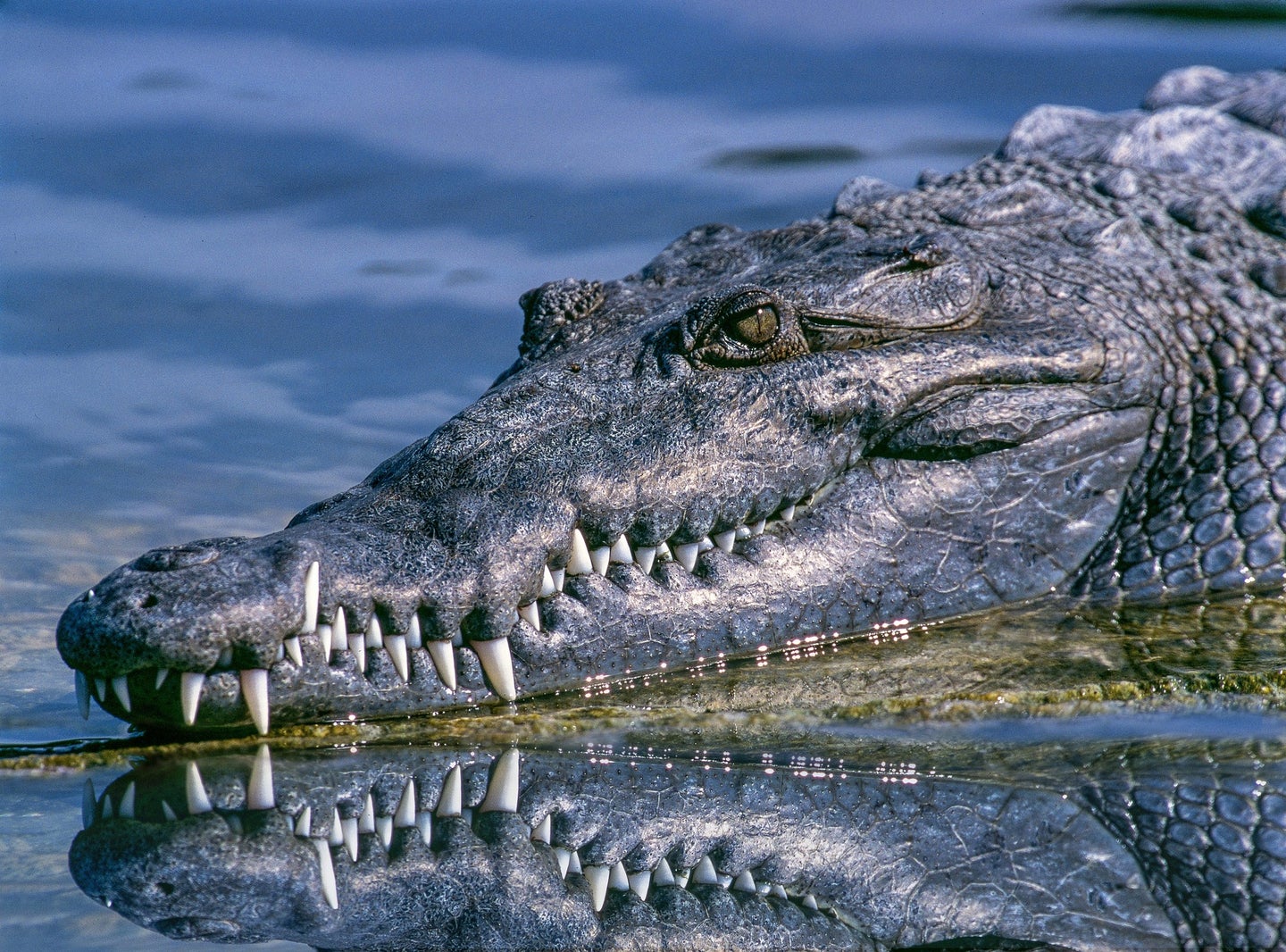 Two tourist industry workers in western Australia survived a terrifying ordeal with a crocodile on October 17 after it attacked them while they were crabbing in a local creek. The 10-foot reptile launched itself onto the men’s fishing vessel and grabbed one of them before the other man used a knife to fight it off. Both men were flown to a nearby hospital for evaluation and treatment, where they were said to be in stable condition after suffering minor injuries.

“A croc leapt out and grabbed one of them by the head,” a man who claimed to be the father of a friend of one of the victims told 6PR News Talk. “His mate was in a tinnie with him, quick thinker, grabbed a knife and stabbed this croc in the head.” The two men were crew members of a tour operator but were off duty at the time of the incident.

Officials from the Department of Biodiversity, Conservation, and Attractions said that this wasn’t the first case of its kind in the area.

“Earlier this year, a similar-sized crocodile was reported launching itself towards vessels at this location,” a spokesperson told 7 News. Parks and Wildlife staff traveled to Talbot Bay to patrol the area last week.

The spokesperson went on to say that, if a crocodile matching the description of the one involved in the recent incident is located and continues to pose a risk to public safety, an operational decision may be made to remove the animal.

Read Next: American Hunter Bags “Man-eating Dinosaur of a Croc” in Africa

The exact species of the offending croc is unknown at this point. Male freshwater crocodiles can grow up 10 feet long, while the saltwater species can double that length and weigh over 1,000 pounds. There are an estimated 100,000 saltwater crocodiles in Australia. While attacks are rare, the Land Down Under averages one to two fatal crocodile encounters per year.