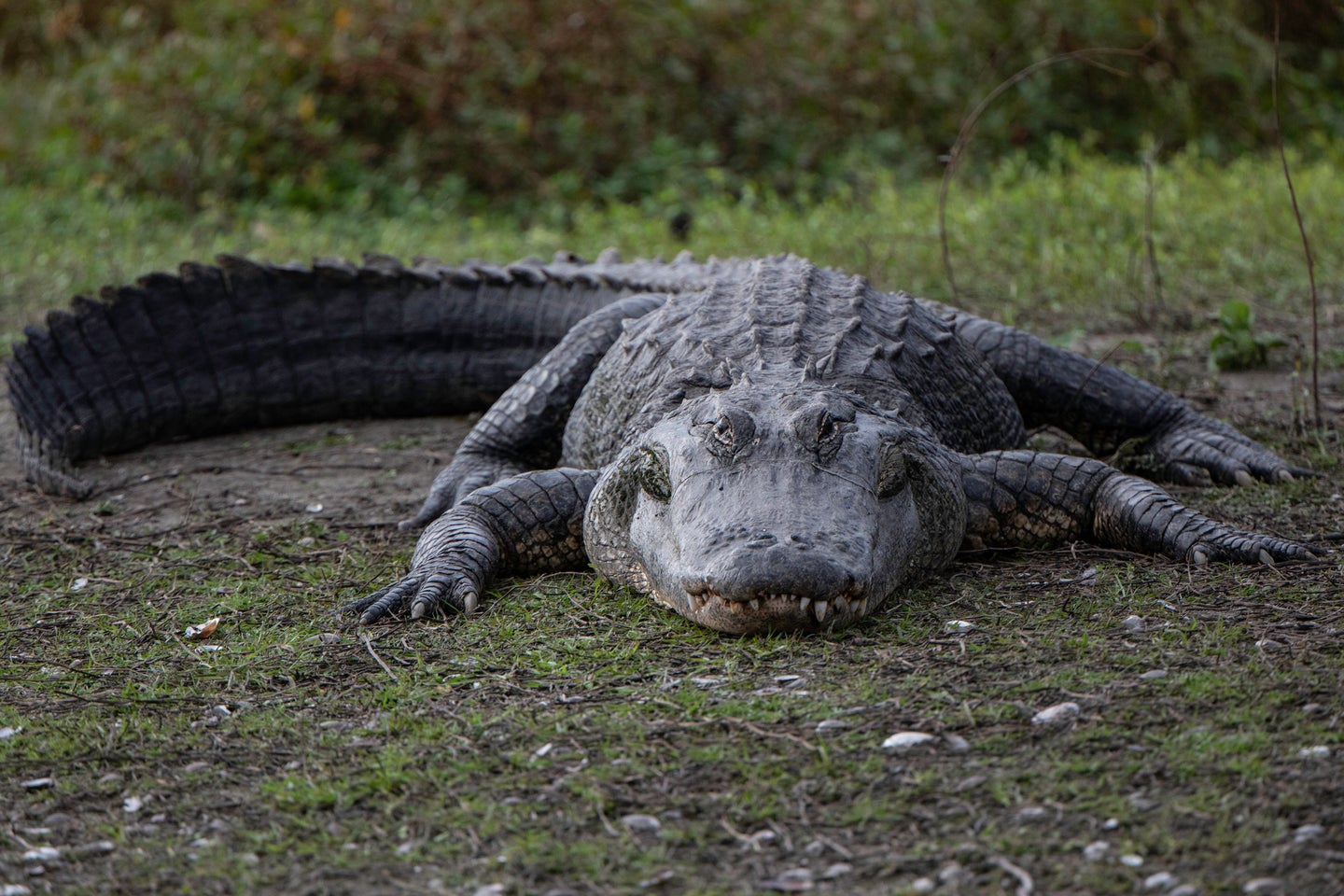 There are an estimated 1.3 million alligators in the state of Florida. Gregory Sweney via Getty Images
SHARE

Alligators are known for employing a powerful maneuver called the “death roll” when dispatching prey. But, apparently, the large reptiles are proficient body slammers as well. In a recent video posted to YouTube by an account called Florida Swamp Barbie, a giant gator can be seen holding a fellow member of its species in its jaws. Then, a few seconds later, the big reptile displays its shocking strength by repeatedly slamming the smaller gator against the nearby shore. See it for yourself below.

Tammy Shaw posted a different angle of what appears to be the same incident in a Facebook post. She was out paddle boarding when she captured the footage. “My [inflatable] paddleboard is 11 feet, and he was close to that [in size] if not longer. The gator he was eating would have been 5 to 7 feet,” Shaw told the Miami Herald. “The video cut short because I felt a little too close for comfort after he slammed [the small gator] down.”

According to the Miami Herald, the gator-on-gator conflict occurred around 3:30 p.m. on Thursday, August 4 at Florida’s Silver Springs State Park. The Herald speculates that the larger gator was whipping its prey against land in order to rip the meal into smaller, more bite-sized pieces. Cannibalism is not an uncommon behavioral trait in American alligators. A 1993 study conducted by the Louisiana State Agricultural Center found that tactic is employed by large, mature gators, smaller juveniles, and even hatchlings.

Florida is home to an estimated 1.3 million alligators. The state’s 3.5-month alligator hunting season kicked off on Monday, August 15. For the first time in decades, hunters will be allowed to pursue gators for 24 hours a day during the season.