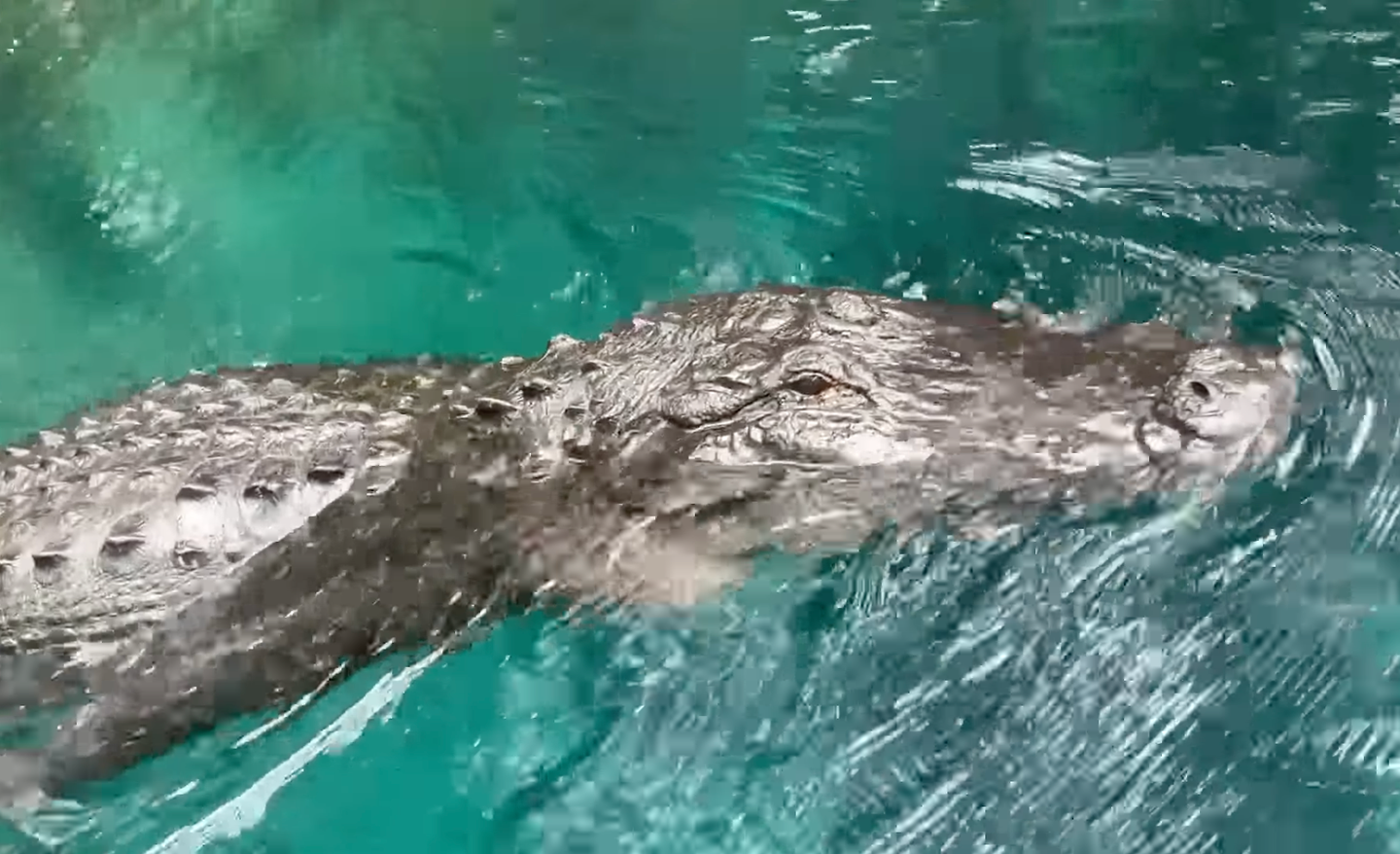 A well-known alligator has met its end. On February 22, 2022, licensed alligator trapper Al Roberts killed an 11-foot, 10-inch gator in Florida’s Silver Springs State Park. He had been contracted to remove the gator by the Florida Fish and Wildlife Conservation (FWC). The gator was known to be the largest one in the area and was often seen hanging out on the banks of the Silver River. But it was most well-known from viral videos taken in September by paddleboarder Vicki Baker, who filmed the gator as it swam startlingly close to her and even hissed. Baker eventually used her paddle to push the gator away.

Officials believe that the gator’s unusual behavior may have been the result of people feeding it. Critters becoming habituated to people can lead to conflicts because they lose their fear of humans and may start acting aggressively toward them. It’s not immediately clear why officials waited nearly half a year after Baker’s viral videos to put the alligator down, only that in January 2022, park ranger Brooke Doran filed a formal complaint, stating that the gator posed a threat to people, pets, and property, according to the Associated Press.

Florida’s Nuisance Alligator Program does not have a threshold of complaints that must be filed before taking action. The program emphasizes that its primary goal is to “proactively address alligator threats in developed areas, while conserving alligators in areas where they naturally occur.”

“There is no three-strikes-and-you’re-out system,” Chad Weber, a spokesperson for the FWC, told the Associated Press. “In this case specifically…the behavior [the gator] exhibited was becoming dangerous.”

The removal effort took place just before spring mating season for gators, when water temperatures rise and alligators typically become more active—and potentially, aggressive. Alligators are known to inhabit all 67 counties in the Sunshine State. Conflicts between humans and gators are relatively rare, but they do occur.

“Although many Floridians have learned to coexist with alligators, the potential for conflict always exists,” explains the FWC on its Living with Alligators and Crocodiles webpage. “Remember, never feed an alligator and keep your distance if you see one. Swim only in designated swimming areas during daylight hours. And keep pets on a leash and away from the water.”