Video: Watch a Cow Moose Charge a Grizzly Bear After It Kills Her Calf 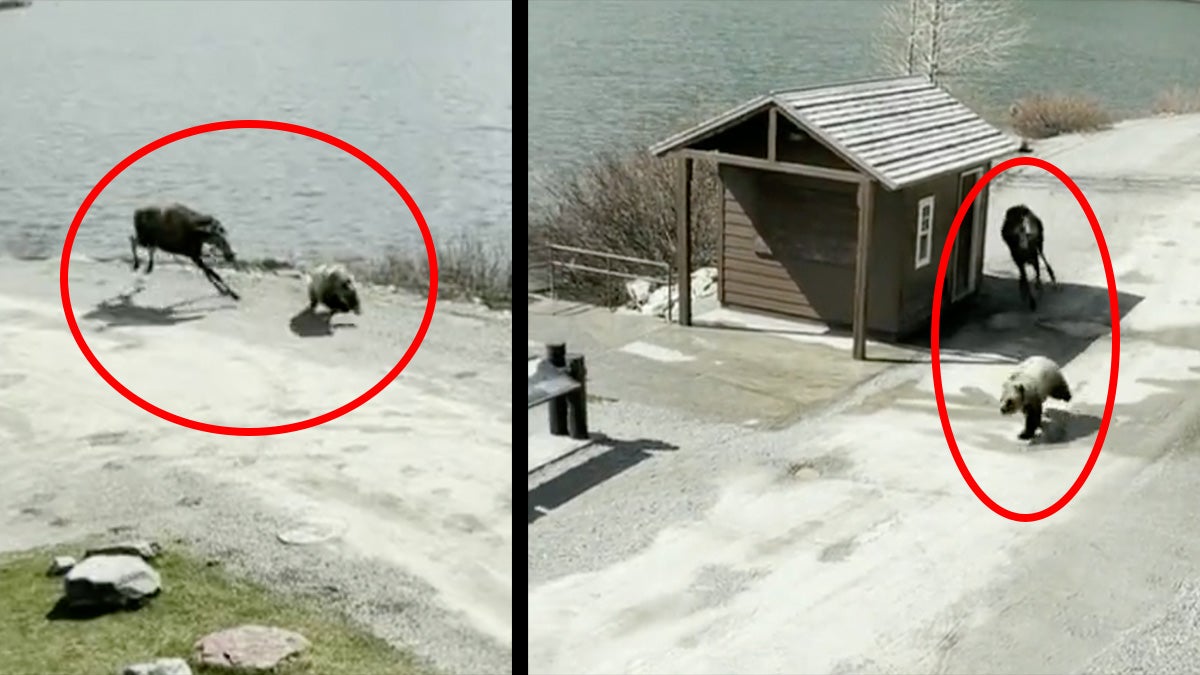 Nothing in nature is as fierce as a distressed mother—not even a grizzly bear. An incredible series of videos showing particularly violent interactions between a grizzly bear and a family of moose was captured at Glacier National Park over the holiday weekend. The videos were recorded by people on a viewing deck at the Many Glacier Hotel, which is located on the lakefront of Swiftcurrent Lake.

The footage has been shared broadly by a number of different accounts on TikTok and YouTube, though the original photographer hasn’t been credited. However, Joshua Camareno, an employee at the hotel, confirmed the event’s authenticity to FTW Outdoors. The first video shows a grizzly bear mauling one of two moose calves on the lakeside as the calf’s mother watches nervously from the water. Be warned: It’s graphic.

Related: Watch a Cow Moose Save Her Calf from a Black Bear Attack

The second video, which appears to have been taken shortly following the first one, shows the cow moose turning the table on the grizzly. The moose leaves the lake and charges at the bear. The bruin books it—and the moose follows, at one point causing the bear to crash into the hotel. The bear is then shown fleeing down the road in the opposite direction of the cow moose and her calf. Clearly, the cow moose was not going to let her second calf be killed, too.

Moose vs. Bear, Part 3: The Standoff

A third video shows a tense standoff between the cow moose and the grizzly bear along the shore of Swiftcurrent Lake. That video was captured by Caitlin Thomas and shared through ViralHog. It’s unclear when this footage was captured in relation to the other two, but it appears to have taken place sometime after the bruin killed the first calf. The moose again forces the grizzly bear to retreat.

Though the video footage show less than a minute of action, employees of the Many Glacier Hotel say that the grizzly bear and moose family interactions began on Friday, May 27, and lasted until the evening of Sunday, May 29, when officers from the National Park Service hazed the moose and her surviving calf away from the hotel and into the woods.

“I’ve seen the grizzly come back twice since then, looking for [the moose],” Camareno told FTW Outdoors. “Seeing this happen over the past two days wasn’t easy, but [I’m] so glad I got to experience this first-hand.”