Watch: Moose Walks on the Roof of Montana Saloon 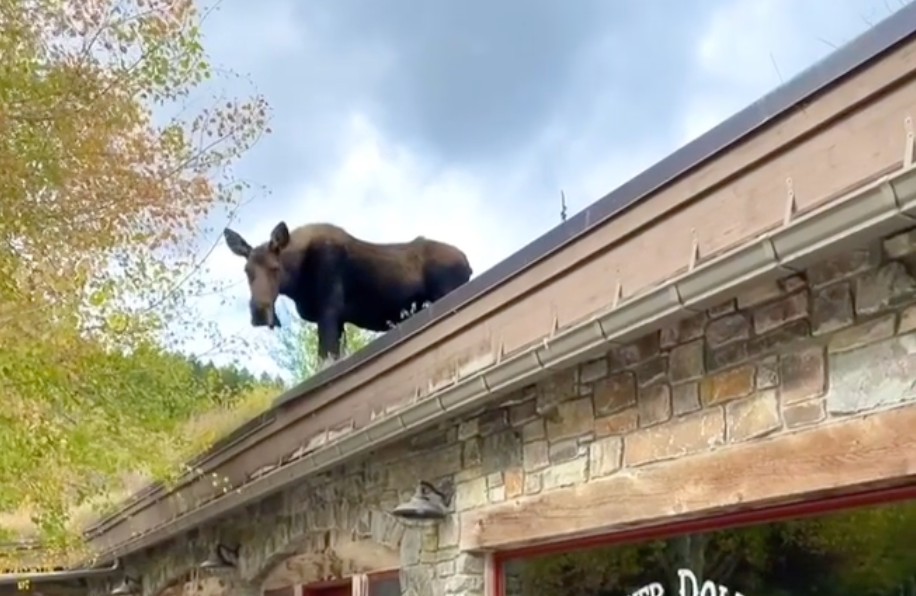 You’re staying at a fancy lodge and, though it may just be your imagination, you could swear you hear some clomping around on the roof—probably some kind of heavy-footed raccoon trapped in the crawl space. So you step out to have a look, and there’s the problem, plain to see. You’ve got a moose on the roof.

This actually could have happened had you been staying with The Ranch at Rock Creek in Montana, where a moose was recently spotted standing on the roof of the guest ranch’s saloon. The luxury dude ranch advertises itself as “the world’s first Forbes Travel Guide 5-Star Guest Ranch.” General Manager Jon Martin took a short video of the critter browsing aspen trees from the rooftop and posted it on Instagram.

The Ranch is a super-deluxe sort of place with rates for 2023 starting at $3,200 a night during peak season, plus a 20 percent fee for meals and drinks. The Granite Lodge, which is home to the Silver Dollar Saloon, is partially built into the side of a hill. So perhaps it’s not entirely surprising that moose might wander out onto the roof.

Ranch spokesperson Krista Johnson told USA Today that this isn’t the first time an animal has ventured out onto the “living roof.” She has seen four such incidents in eight years, including one where a moose “peed in front of some guests.” I sincerely hope that that moose was not invited back.

Read Next: Pub Owner Smacks Aggressive Crocodile on the Snout with a Frying Pan

Besides the rareness of such a moose sighting, the encounter raises some potentially interesting building code questions. The visitor in the video is a female moose, which range in weight from 441 to 1080 pounds. Males, however, can weigh up to 1500 pounds. If you’re going to have moose regularly come onto the “living roof” of a commercial establishment, you’d want to make sure your roof is rated for that kind of weight. Otherwise, you could have a ticked-off moose not on your roof, but in your lodge. Which would probably knock the establishment’s five-star rating down a star or two.