Laurien Elsholz's "biggest fear" came true when a mountain lion ambushed her. She beat the big cat off of her using a hiking stick 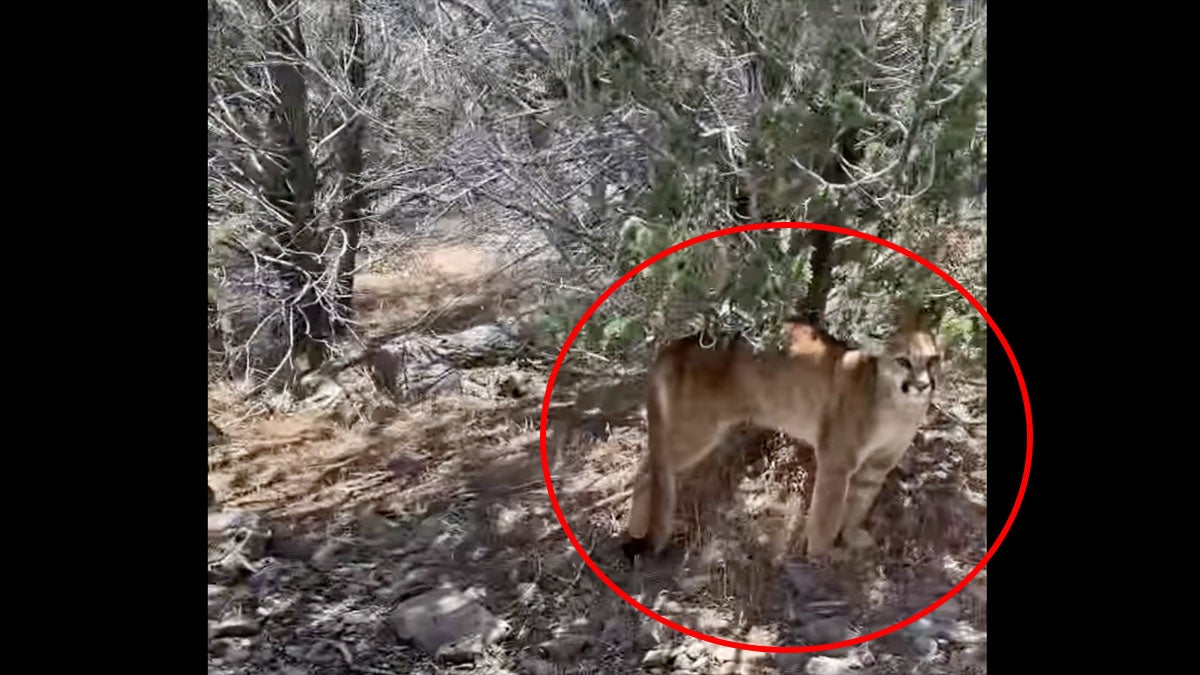 Utah archery hunter Laurien Elsholz was out in the woods on Saturday, August 20 when a mountain lion ambushed her. She was hunting for a spike elk near Rush Valley in Tooele County when the big cat attacked. “I was walking in a steep canyon when I smelled something dead. Then, out of nowhere, I heard crashing and felt a swipe on my leg,” says Elsholz. “I hit [the mountain lion] with my hiking stick, and it backed up and walked around a tree. It lashed at me three more times before I stared recording.”

Elsholz suffered only a bruise and a small cut from the initial attack. She took a 30 second video of the ensuing stand-off with the big cat, which shows the lion watching her intently from a short distance. During the video, a breathless Elsholz shouts to her friends to warn them of the mountain lion. The video ends with the big cat prowling towards Elsholz. Be warned: The video does contain swearing.

Elsholz says she wasn’t carrying a handgun and that she used her hiking stick to protect herself instead of her bow because she already had it in her hand when the lion ambushed her. “After [I stopped recording] the video, the mountain lion lashed at me one more time,” she says. “Then I found a way around it, because I was backed into thick trees and I didn’t wanna turn my back on it.”

Elsholz says the lion followed her for about a mile before it ran off. She believes that the mountain lion was eating at a kill site when she encountered it, which prompted it’s aggressive response. According to the Utah Division of Wildlife Resources (DNR), the state is home to approximately 2,700 mountain lions. Attacks on humans are rare but they do occur. The DNR maintains a webpage that provides important safety tips to abide by in the case of a mountain lion encounter.

Read Next: Colorado Man Fires .40 Cal Glock 9 Times to Kill Black Bear That Broke Into His House at Night

“My biggest fear came true today,” wrote Elsholz in a Facebook post about the incident. “I am so lucky I got away from this kitty.”