Muley Buck Attacks Woman and Her Dog in Wyoming Driveway

The startling incident, which was captured in a viral video, left the woman hospitalized with multiple puncture wounds and a broken back 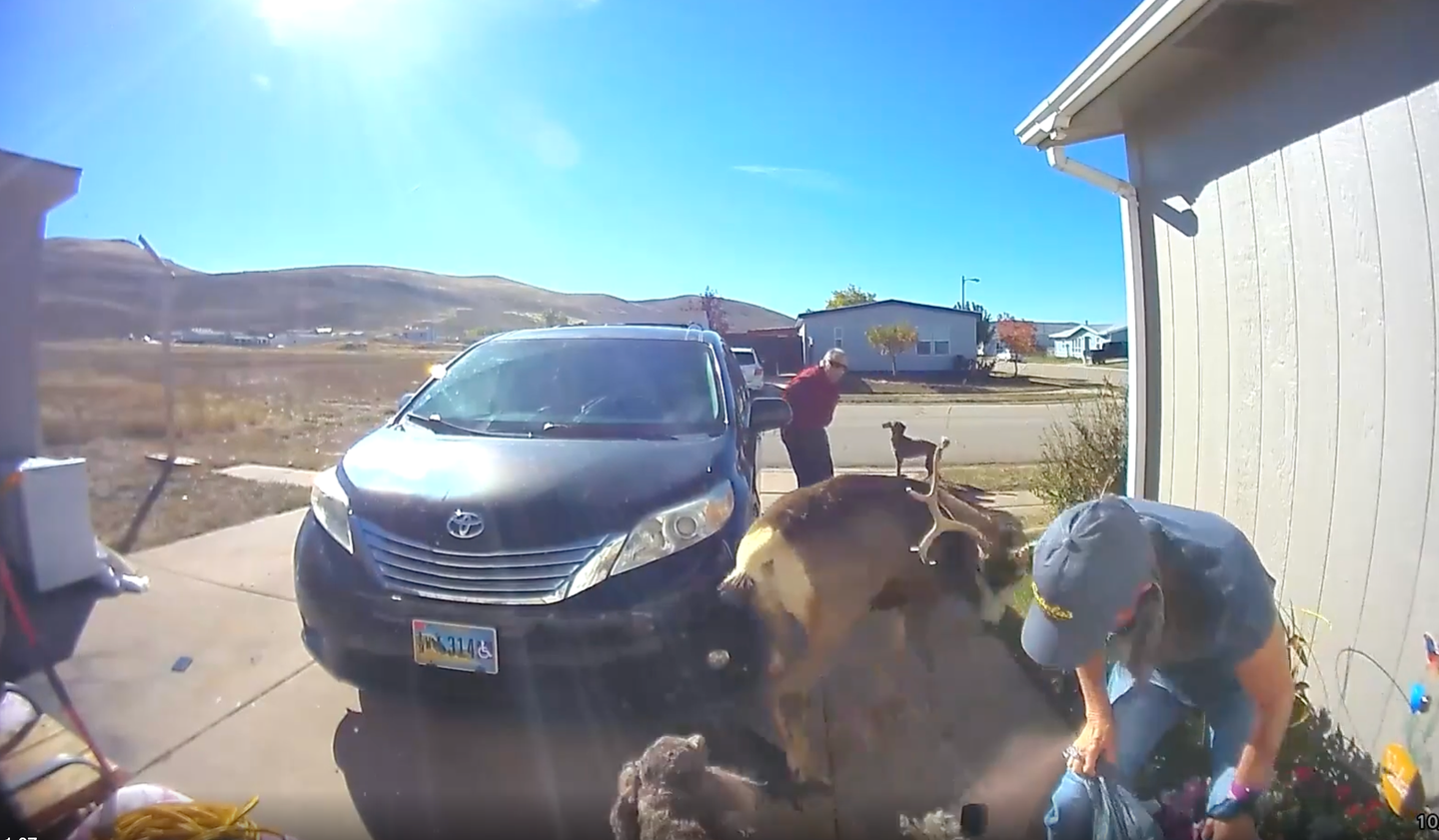 Nothing brings out the smugness in people like a video of somebody else getting injured by a wild animal—in this case, a 4-point mule deer in a suburban neighborhood near Evanston, Wyoming. Here’s what happened as captured on video by the house’s security camera: Wanda Kaynor comes out of her house mid-morning to drive her husband to an appointment. There, she encounters a mule deer that had been bedded down in the shade. The deer stumbles on the concrete as it rises, and there’s a brief moment when neither party seems quite sure what to do next. Then, Kaynor’s pet dog barks and lunges at the muley. The buck lunges back and the dog takes shelter under the car. Seeing the deer lower its head and go after the dog triggers Kaynor’s fight-or-flight response. She fights. This, of course, is her mistake.

For one thing, she is battling a rutting buck. For another, the weapon she chooses to deploy against the deer is a hat. Screaming loudly, she swats at the animal with the hat. The mule deer fights back—and is equipped with a full set of very sharp antlers. It charges Kaynor, who falls, breaking a vertebra in her back. It continues to attack, goring her briefly.

Her husband Daniel quickly rushes to her aid. He attempts to grab the buck by its antlers and pull it away. It throws him off, wounding him slightly as well. It takes another feint at the barking dog and then head-butts a plant that poses no particular threat. The film clip ends there.

According to KSL 5, Kaynor was hospitalized with seven puncture wounds and a broken back. As for the mule deer, it reportedly bedded down in some shade on the front lawn. Later, a wildlife officer came and euthanized it, which is standard procedure after a dangerous encounter with humans. Then, as always happens in such incidents, the internet exploded with people who say they would’ve known better.