Finley Downer survived a rare nurse shark attack during vacation. His father says it was "like a scene out of jaws" 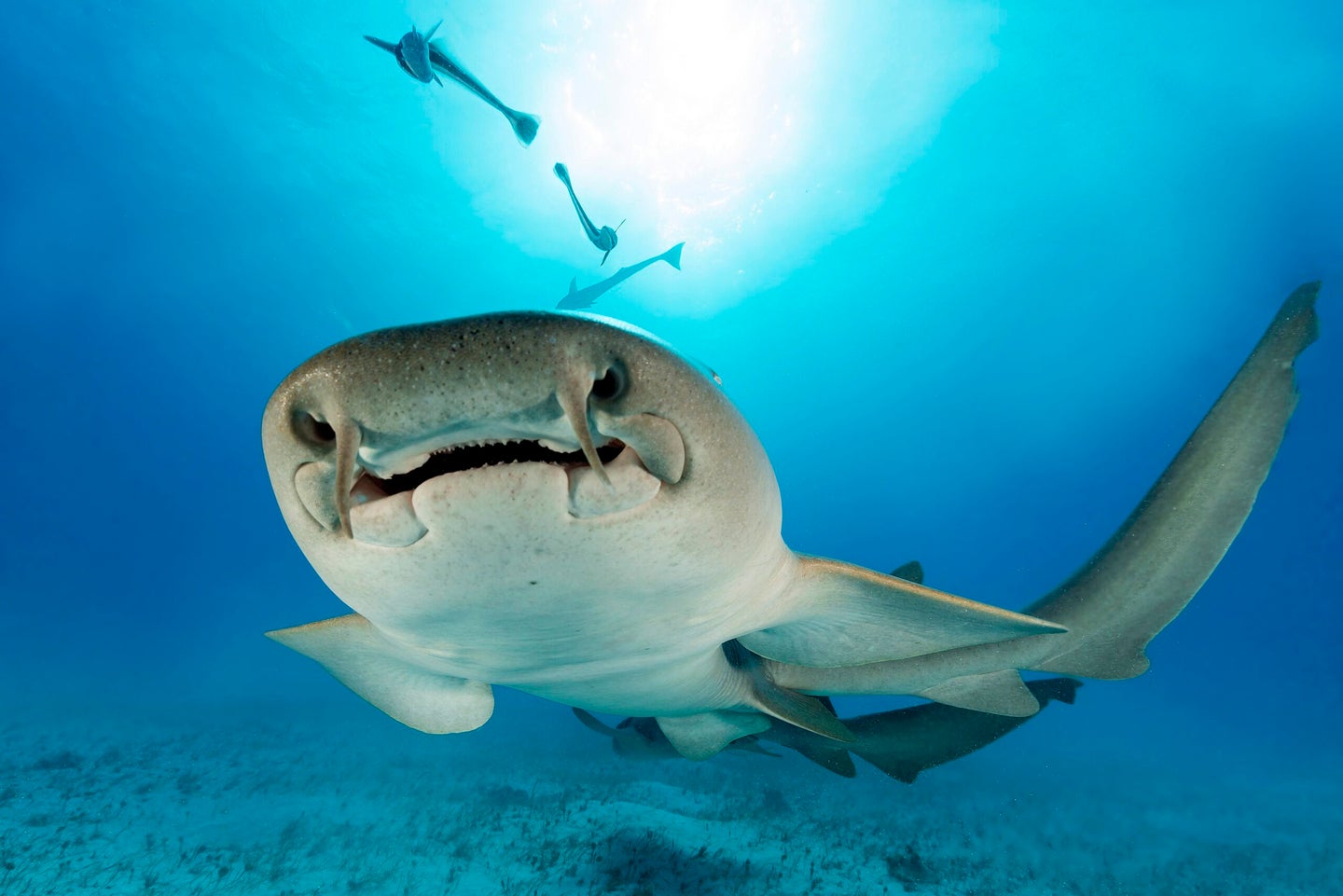 Nurse sharks are typically considered to be a docile species. Michael Weberberger via Getty Images
SHARE

Finley Downer, 8, is recovering after being attacked by multiple nurse sharks during a family vacation in the Bahamas. “My son could have been killed,” Michael Downer, the boy’s father told The Sun. “It was like a scene out of jaws.”

The Downers were visiting the Bahamas from England. Finley and his two sisters had joined a group of people wading in a lagoon on one of the islands. People were chumming the water, which had attracted a group of nurse sharks. At least three of those sharks attacked Downer, biting both of his legs. “Suddenly, I heard a terrified scream and saw dozens [of sharks] circling Finley, “ Michael said. “There was so much blood. Bits of his leg were hanging off.”

Downer was transported by golf cart to a clinic and then by plane to Nassau, where he underwent a three-hour surgery. He is now wheelchair-bound while recovering from his injuries.

The Bahamas is a popular place for nurse shark sightings—and swimming with nurse sharks is often promoted as a tourist activity in the area. Nurse sharks are often considered harmless as they’re bottom dwellers that use a method of suction-feeding to swallow prey. That said, they have been known to bite people when stepped on or bothered. Earlier this summer, a 13-year-old was bit in the face by a nurse shark while diving for lobsters in the Florida Keys.

Read Next: “Shark Bite Capital of the World” Records its 6th Attack of the Season

According to the Shark Research Institute, nurse sharks grow to around 10 feet and can live for 10 to 20 years. They’re most active at night and typically rest during daylight hours.