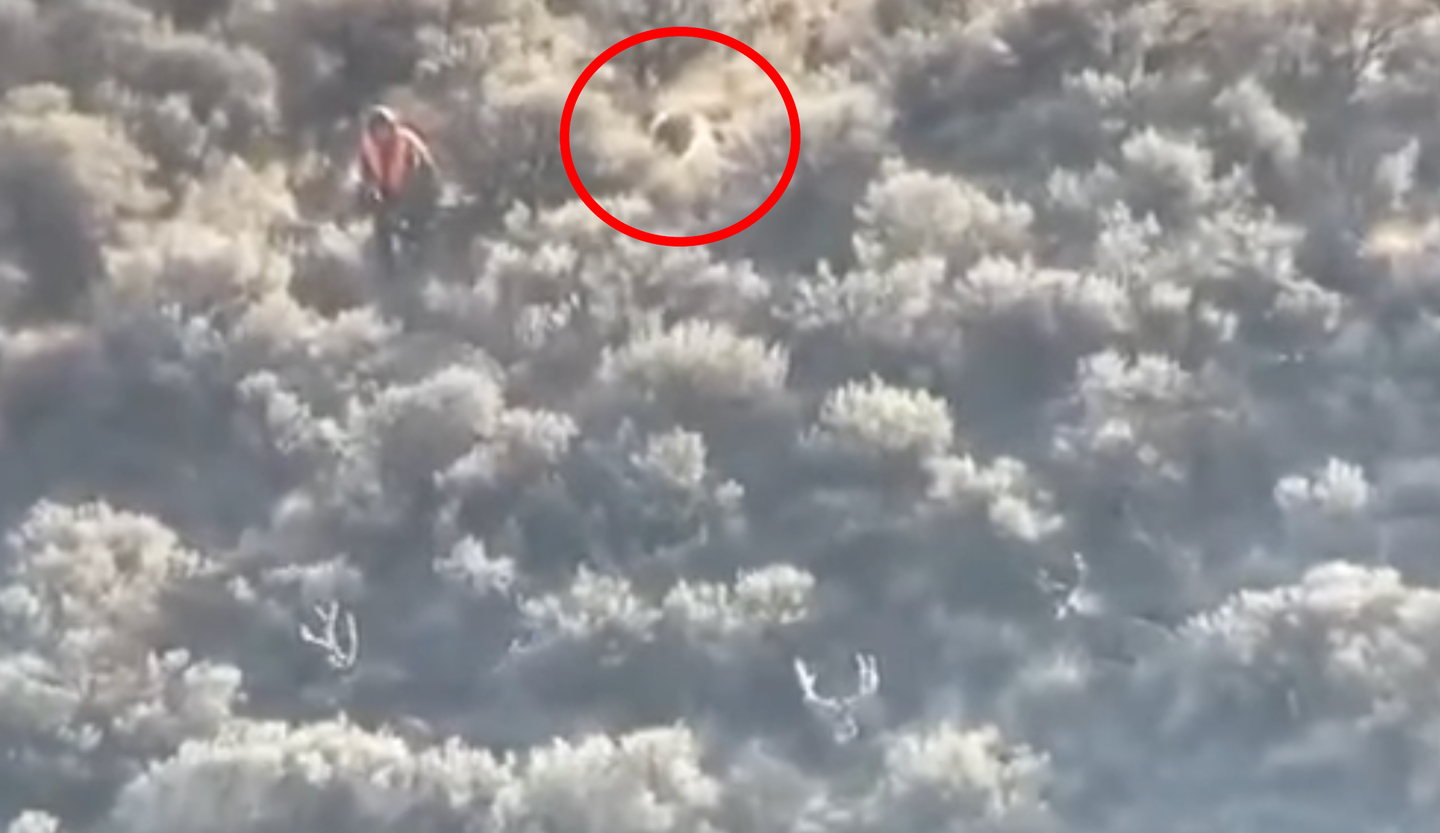 This hunter has no idea what's about to run into him. Trevor Bailey
SHARE

Trevor Bailey was 8 yards away from a big mule deer buck that he and his buddy had been “looking for all week” when an unexpected adversary pricked him in the leg, effectively sabotaging his hunt. Bailey was bowhunting in central Washington. The adversary? A rogue porcupine. Bailey’s hunting partner Jacob Olmstead was observing from afar—and caught the wild encounter on camera.

“At first I thought I got bit by a rattlesnake because we saw a bunch of them while scouting this area,” Bailey tells F&S. “Then I looked down and saw a body, and my mind went to it being a badger because I saw a couple of those this week, too. About the time I realized it was a porcupine, I felt the quills [in my leg].”

“After that, I knew I’d made a lot of noise, and being 8 yards from the deer, I knew they were gonna run. I just drew back and hoped for a shot that never presented itself,” adds Bailey. “Then I just started down the hill trying to see where the deer were heading but I lost them.” Bailey says the porcupine didn’t hit him with full force, but it did make him bleed. He wasn’t able to take any photos of the quills because he was initially intent on finishing the hunt.

The North American porcupine is one of the largest rodents on the continent, second only to the beaver. Porcupines are covered in approximately 30,000 2- to 3-inch quills that they use to protect themselves from predators.

“At first, I was so pissed that I blew the stalk on bucks we had been chasing forever,” says Bailey. “When I got back to the truck, Jacob told me he had it on film. We watched it, and I couldn’t do anything but laugh.” Bailey says it was meant to be anyways; Later that week, he ended up killing an even bigger buck than the one the porcupine had unwittingly saved.