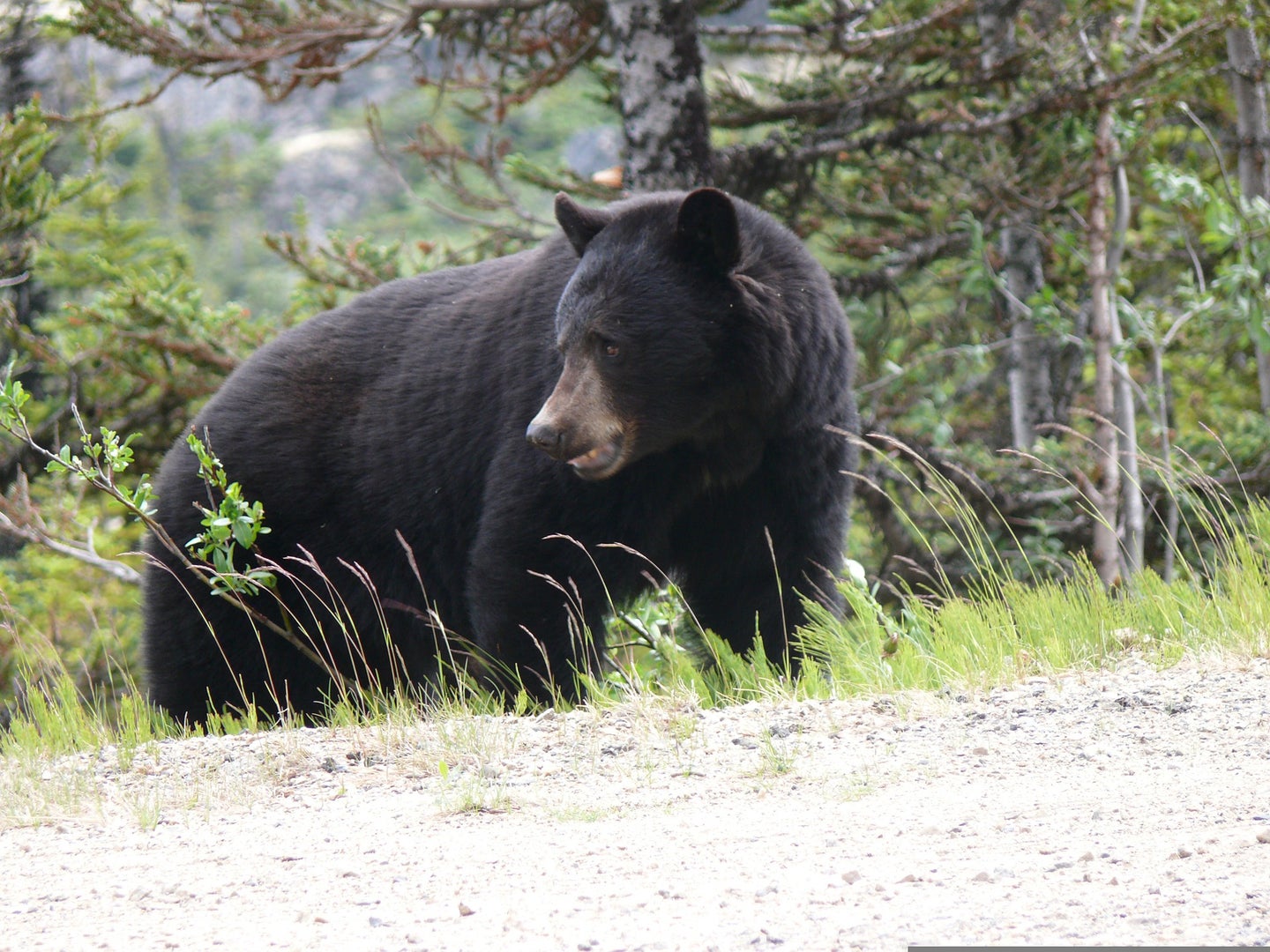 There are more than half a million black bears in British Columbia. Tammy Beese via Pixabay
SHARE

An unusual black bear attack took place earlier this week in British Columbia. According to the B.C. Conservation Officer Service (COS), the attack took place near the town of Dawson Creek on the evening of Monday, October 3, 2022. “Shortly before 7 p.m., a family of four hiking along Wolverine Trail, part of the Nordic Ski Trail system on Bear Mountain, encountered a black bear charging at them,” wrote the agency in a statement. “They turned to run and the bear chased after them.
One woman was attacked by the bear, while another woman and a teenage boy were also injured trying to help.”

The two women involved were critically injured. Officers from the COS and Royal Canadian Mounted Police immediately responded to the scene of the attack—only to find the bear still at the scene near its victims. The responding officers shot and killed the bruin, which was an adult male black bear.

“One victim was airlifted to a hospital in Edmonton, where she remains. Her condition at this time is unknown. The other two victims were taken to hospital in Dawson Creek,” wrote the COS. “Conservation Officers remain at the attack site today as the investigation continues. No additional bears were located during a sweep of the area. A necropsy will be conducted on the bear…The area is shut down to the public at this time.”

Read Next: Officials in Canadian City Euthanize Fourth Coyote After String of Attacks on Humans

Bear expert Wayne McCrory told the Vancouver Sun that the bear was treating its victims like prey by staying at the scene of the attack, as though it was “standing guard” over a kill. Black bear attacks are uncommon but they do occur. However, a predatory black bear attack on a group of people is particularly uncommon, as most bear-human conflicts begin as scuffles between bears and peoples’ pets or when a female bear is protecting her young. According to the British Columbia Ministry of Environment, Lands, and Parks, more than 500,000 black bears are dispersed across the province. Local conservation officers euthanize around 1,000 black bears each year due to “serious conflicts with people.”