In this video taken at an Arizona watering hole, what appears to be a western diamondback springs from the bushes to bite a great horned owl 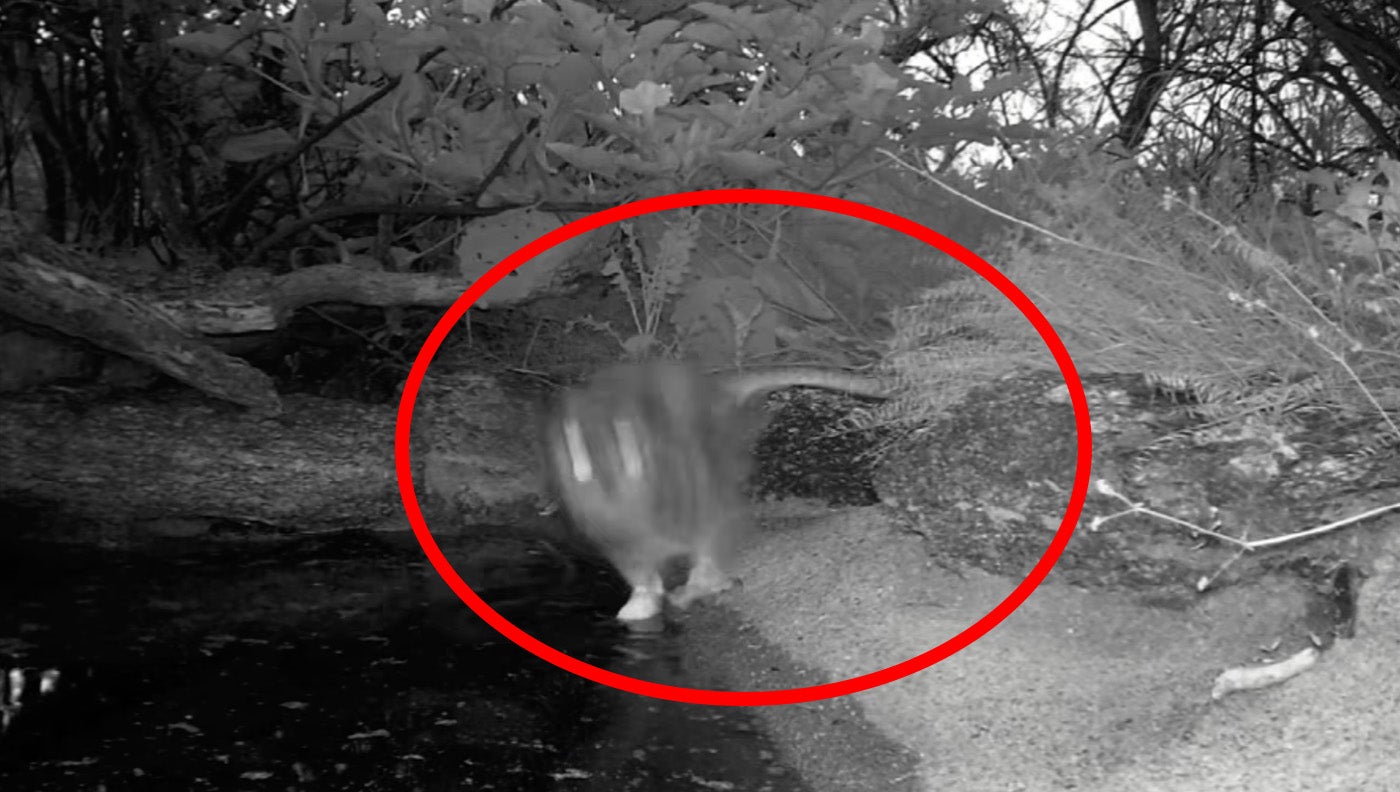 Owls are known to feed on snakes, but vice versa? Not so much. However, a recent trail-cam video shows what appears to be a western diamondback rattlesnake attacking a great horned owl. The trail cam that captured the unusual encounter was setup up over a watering hole. The snake is much smaller than the owl—but that doesn’t stop it from launching out of the bushes to clamp down on the owl’s body. The owl reacts as you’d expect when a rattler bites—it freaks out. The owl flaps as it tries to get away, which it eventually does. The video was posted on Instagram by an account known as “The Desert Whisperer” that specializes in nature photography and videography near Tuscon, Arizona.

“If you blink you will miss it,” writes The Desert Whisperer in the caption. “Snakes will rarely attack an adult owl due to their dangerous talons, however, food scarcity may force the snake to take unwanted risks.”

Though uncommon, this isn’t the only time a snake has been recorded trying to take down an owl. In 2017, a gopher snake killed a great horned owl at a ranch in Texas. According to EarthTouch News Network, the likeliest explanation for that incident was that “it was an owl attack gone awry…it seems, the targeted reptile managed to loop its body around its attacker and turn the tables.” The story also notes that there have been reports of red-tailed hawks killed by the bites of venomous serpents, which makes you wonder if the owl that the rattler bit in the recent trail-cam video ultimately perished as well.

Regardless, several commenters on the Instagram post came away with some intriguing observations: “Incredible footage,” wrote one user. “So many people [are] rooting for the owl, but that diamondback is taking an enormous risk for a bite of food. It must be absolutely starving.”

“Yeah, lessons for us all,” chimed in another. “Never assume you’re too big to be taken down, and don’t let your fear stop you from taking a chance.”