A whale watching guide who witnessed the encounter estimated the sea lion's weight at 750 pounds. 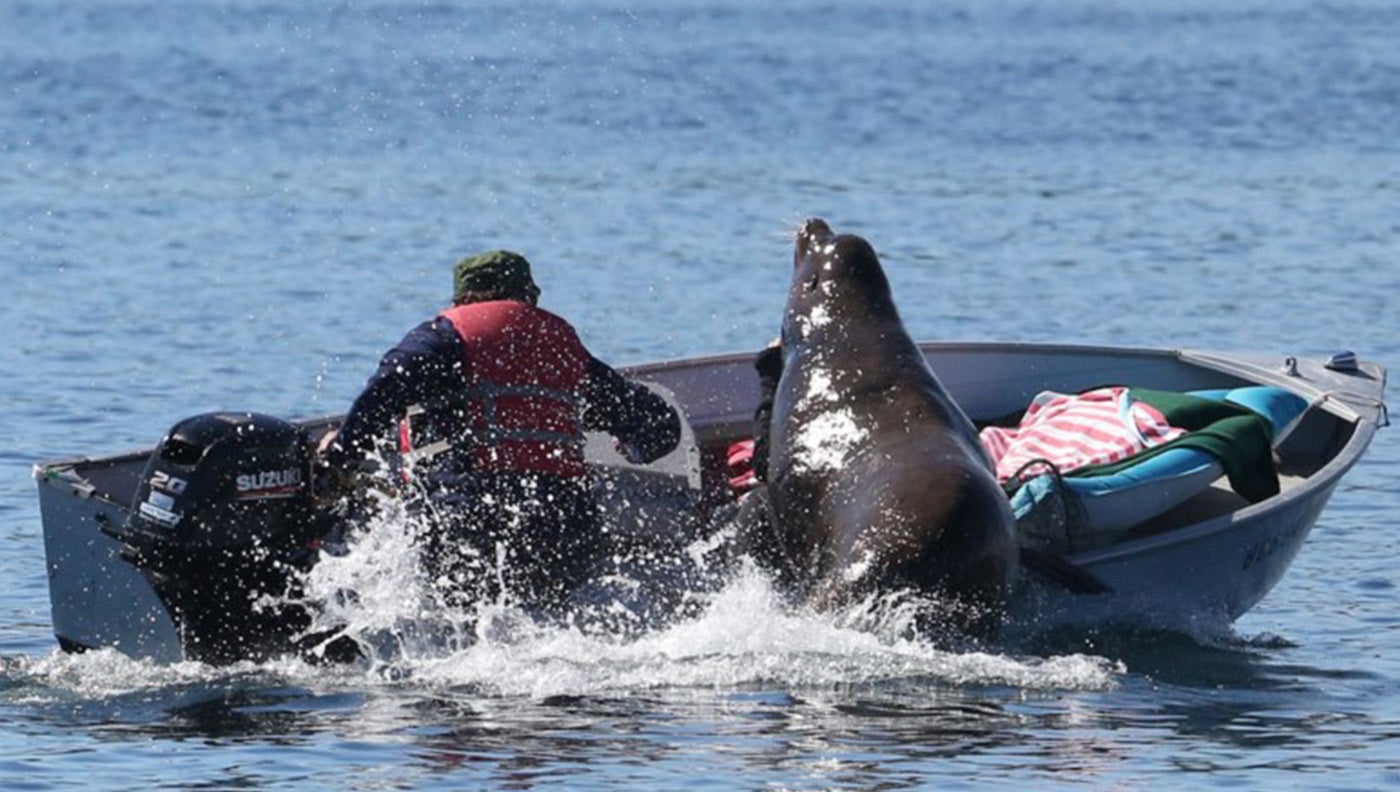 The sea lion was worked into a panic by a cruising pod of killer whales, witnesses report. Brendon Bissonette / Prince of Whales
SHARE

A day of fishing off the coast of Vancouver Island took a terrifying turn for a Canadian couple after a massive California sea lion tried to jump into the hull of their 14-foot aluminum jon boat. The marine mammal, which one witness estimated at 750 pounds, practically ended up in the laps of the alarmed anglers, reportedly during a desperate attempt to evade a trio of killer whales.

Ernest and Viesia Godek had just cut off their 20-horsepower Suzuki outboard and were watching a cruising band of killer whales pass by when they saw the panicked California sea lion skyrocketing through the air—just inches away. “It looked like it was very distressed because it was breathing heavily and its teeth were exposed,” Ernest told the Times Colonist. “It tipped the boat over to the point where we had to hang on to the gunnels, [and] water started pouring into the boat…I was just hoping that we wouldn’t totally tip over.”

All the while, a group of shocked whale watchers in a nearby boat looked on, and one of them managed to film the distressing encounter in its entirety. In the video, Mark Malleson, a senior guide for the Prince of Whales whale watching boat anchored nearby, can be heard warning the couple. “You’re going to want to get out of there,” he says, just before the sea lion breaches the surface and slams down hard on the gunnel of their boat.

The boat rocked violently and took on a lot of water in the immediate aftermath of the sea lion assault, but—miraculously—neither Ernest nor Vieskia was injured. With their boat’s hull full of water, the couple quickly motored for the safety of the shore. According to Malleson, the sea lion pursued them for a time but eventually let off. The guide says he cruised behind the couple until they reached safety. The sea lion appeared to be unharmed.