Teen Gets Face Bitten by Shark While Lobster Fishing. “He just popped up screaming” 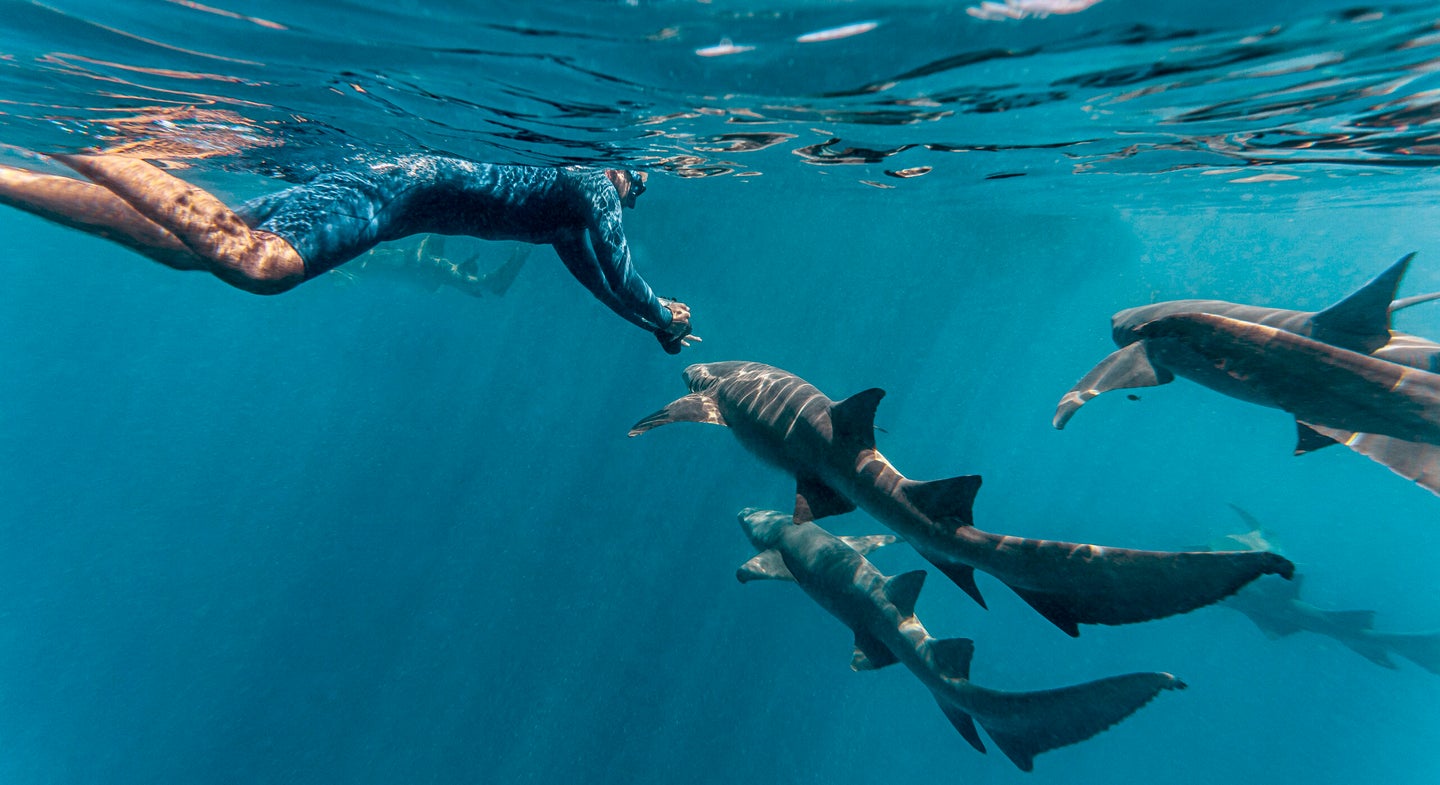 The teen was bitten by a nurse shark. Westend61 via Getty Images
SHARE

Fischer Hricko, 13, lobstering in the Florida Keys with his parents, had just snatched a good one from the ocean floor. As he swam back to the surface, dinner in hand, he felt a tap on the back of his leg. He turned and found himself face to face with an odd brown creature with a flat head, small eyes and a narrow mouth draped with a pair of barbels—a nurse shark. The next thing he knew, the shark had latched onto his face.

“It was scary, like, I tried getting away, but it was so fast,” Fischer said in an interview with Orlando News 6.

Dubbed the couch potato of the shark world, the nurse shark (Ginglymostoma cirratum) can reach up to 14 feet in length and has thousands of small, serrated teeth that it uses to crush the crustaceans it vacuums up from the ocean floor. It uses its sensitive barbels, equipped with taste buds, to locate its prey. Although normally docile and mostly harmless to humans, nurse sharks are known to bite in self-defense.

In Fischer’s case, the shark bit his lip. He grabbed the shark and pulled it off his face. “Then I just swam as fast as I could back to the boat, screaming,” he told Orlando News 6.

His Dad, Kent Hricko, who was swimming nearby, heard the screams and interpreted them to mean there was a shark in the water. He hadn’t realized at the time that his son had been bitten. But when he saw Fischer scrambling to get to the boat, he swam back to him as fast as he could. “When I’m approaching him, I’m just seeing blood gushing out of his face, and at that point, I’m like, ‘What happened?’” Kent said.

Fischer’s Mom, Rhiannon, meanwhile, was on the boat. “He just popped up screaming, ‘Mum, Mum, shark! Get me out of here! Get me out of the water!’” she told Fox 35 Orlando. “It was honestly the scariest five minutes of my life. Just hearing that terror in your child’s voice, it’s something that I can’t actually get out of my head.”

Kent and Rhiannon teamed up to get Fischer to shore and then to an urgent care clinic where he received ten stitches in his upper lip. Despite the traumatic experience, Fischer was back on the water the next day and nearly turned the tables. Instead of lobstering, he fished with a rod and reel and hooked into a four-foot shark, though he wasn’t able to land it.

Read Next: “Shark Bite Capital of the World” Records its 6th Attack of the Season

While Fischer’s injury prevents him from going back into the water while he’s healing, he said that he will one day.  “You (have to) always stay positive,” he told Orlando News 6. “I’m ready, but I feel like the first few times I’ll be a little scared, but I’ll get in the water,” he said.

His Dad, meanwhile, found another upside: “Fischer’s going to have a cool story to tell when he goes back to school,” he said.