Despite their name, sloth bears can run faster than humans and are responsible for a handful of fatal attacks each year 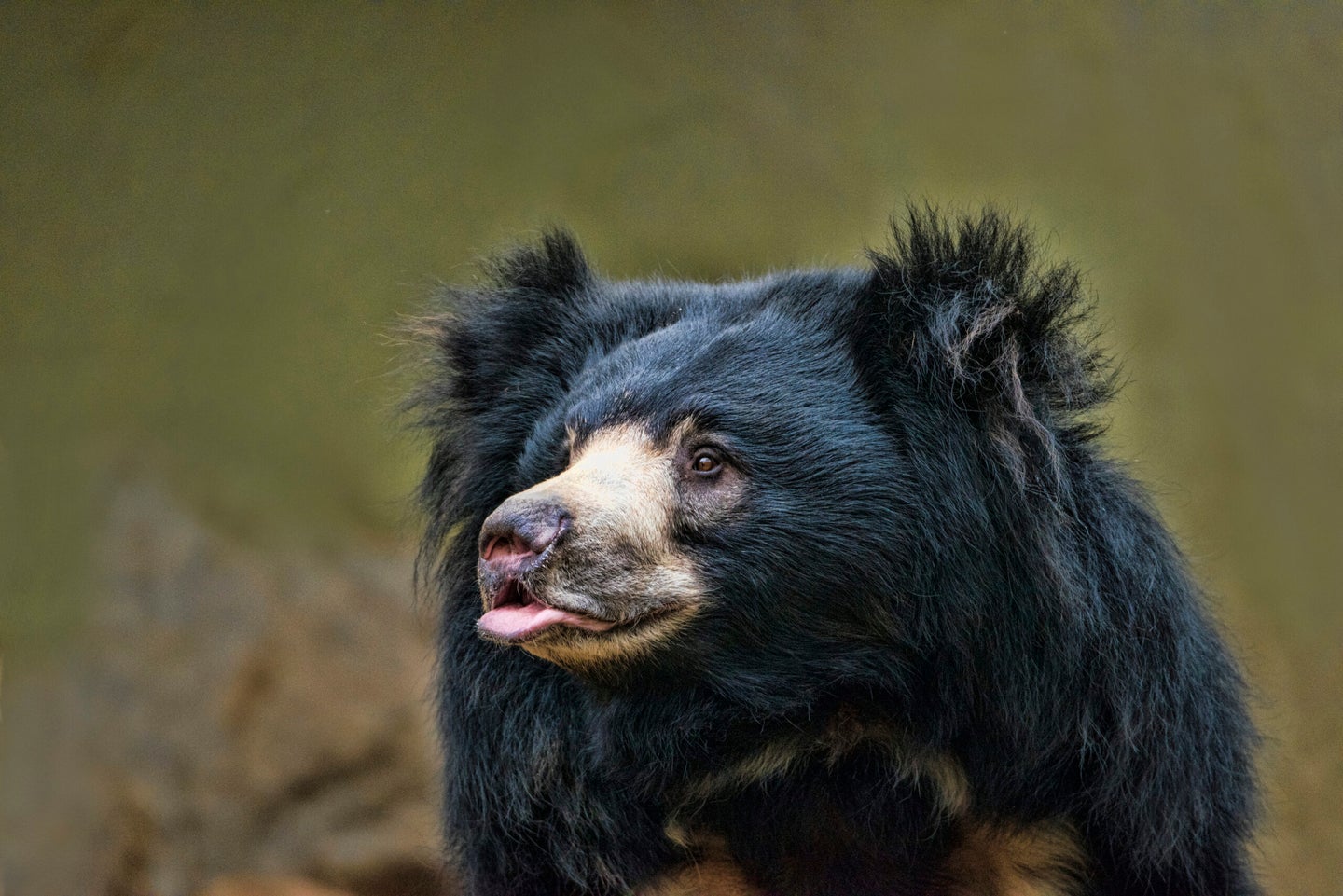 Sloth bears can weigh up to 300 pounds. Prisma by Dukas/Universal Images Group via Getty Images
SHARE

A shocking series of events unfolded in the woods of central India in early June. A couple walking in the forest of Panna National Park was attacked and killed by a sloth bear. Later, the authorities tried to haze the bear off—but it stayed with the dead bodies for several hours. Initial reports said the bear was feeding on the corpses over a period of time, but later news reports describe the bear as “playing” with the remains, not eating them. Eventually, the authorities tranquilized the bear and recovered the bodies of the victims.

The sloth bear was not euthanized. Instead, it was sedated and authorities planned to transfer it to the custody of a local zoo, but it died two hours later. According to Uttam Kumar Sharma, field director of Panna National Park, as reported by India Today, the bear seemed “to have been afflicted with rabies and was in its last stages. Rabies explains the odd behavior of the sloth bear.” No human remains were found in its digestive system. The government compensated the relatives of the couple 400,000 Indian rupees—$5,100—for their loss.

What is a sloth bear?

Weighing up to 300 pounds, sloth bears are about the size of black bears, but with shaggier fur. They eat fruit and climb trees to reach mangos and figs. They also excavate termites with curved claws similar to what tree sloths use, but they are not directly related to tree sloths. They’re also much faster than sloths despite their shared namesake. According to San Diego Zoo Wildlife Alliance, sloth bears can run faster than humans and will attack when threatened.

According to National Geographic, sloth bears kill more than a dozen people annually in Asia. While deaths are rare, attacks have been increasing in recent years, likely because deforestation is shrinking the native animal’s natural habitat.