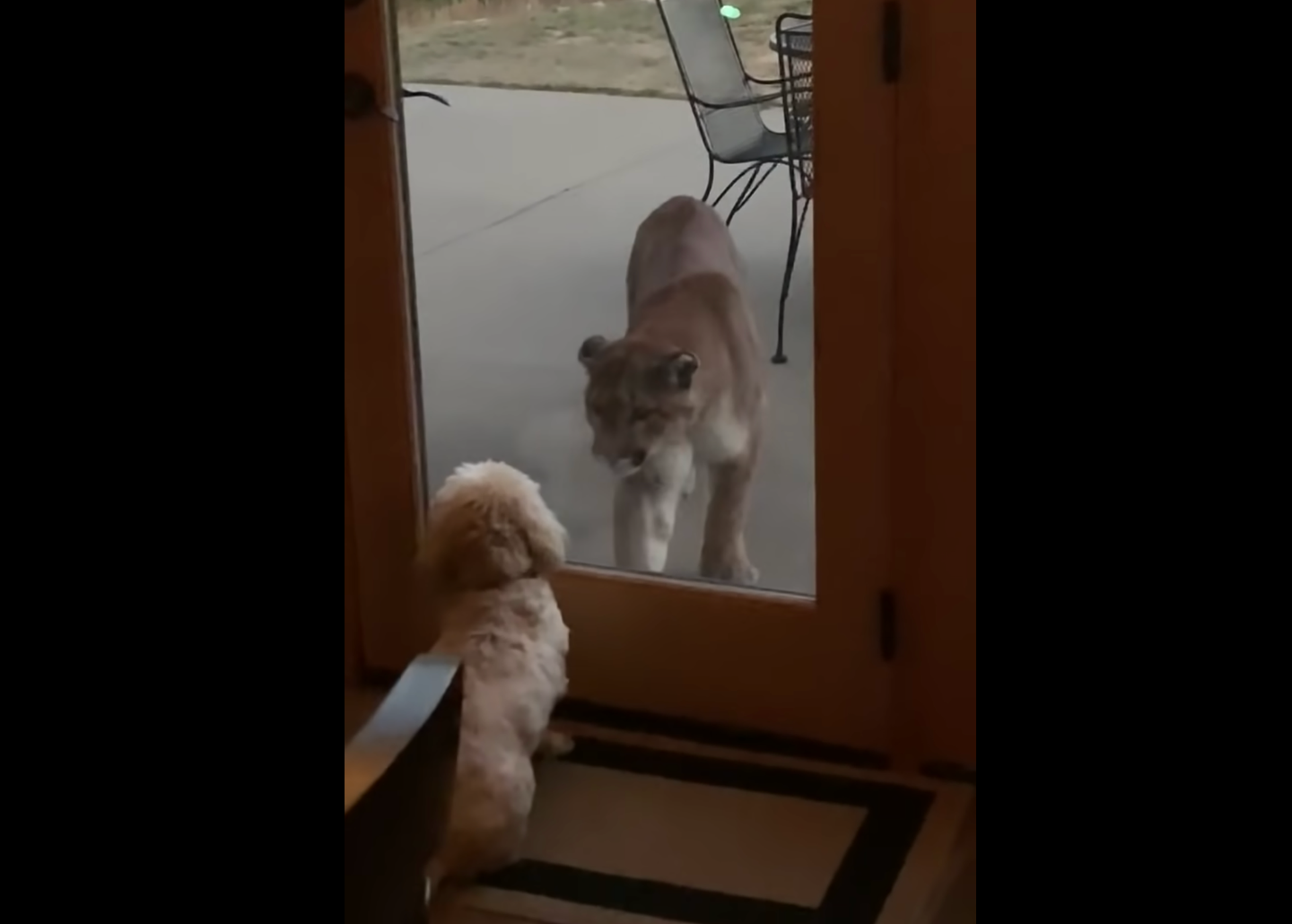 Even with the door between the lion and the dog, he was one brave pup. Sarah Bole via Storyful
SHARE

A resident in Grand County, Colorado came home to a surprising—and possibly dangerous situation on Thursday, December 2. Sarah Bole’s dog Dash, a 13-month-old Shih-Poo, normally greets her at the door. But this time, the tiny dog was preoccupied. Dash was face-to-face with a mountain lion, separated from the big predator only by the thin panel of glass on the back door. The big lion clearly had an interest in the pooch.

“[The mountain lion] was the most beautiful animal I’ve ever seen and so powerful and frightening at the same time,” Bole told Sky-Hi News. “We’ve always known that there are mountain lions up here on our property…I just never expected to see one five feet away looking in my dining room.”

Bole recorded the tense moment in a video that she later posted to Facebook. For most of the video, the dog just stares at the mountain lion. It’s not clear if the small pup really understands the danger it could be in. It doesn’t bark and occasionally wags its tail as the mountain lion paws at the glass door and prowls to-and-fro looking for a way to get to the dog. Meanwhile, Bole stands a distance from the door and tries to call her dog away from the lion.

Eventually, the cougar gives up and walks off into the mountains. Colorado Parks and Wildlife is aware of the incident but does not think there is any “human safety issue” nor does it plan on taking any action. A spokesperson for the agency told Ski-Hi News that the lion seemed curious and did not act overly aggressive at any point in the video. Furthermore, the official believed that the cat has not necessarily lost its fear of humans just because it came close to the house. The agency emphasized that Grand County, like much of Colorado, is mountain lion country, and that the big cats are on the move right now as they hunt deer and elk. It’s safe to say that Bole probably won’t be leaving Dash unsupervised out in the backyard anytime soon.