Though the footage is shocking, snakes are known to climb trees for a variety of reasons—from ambush hunting prey to evading predators of their own 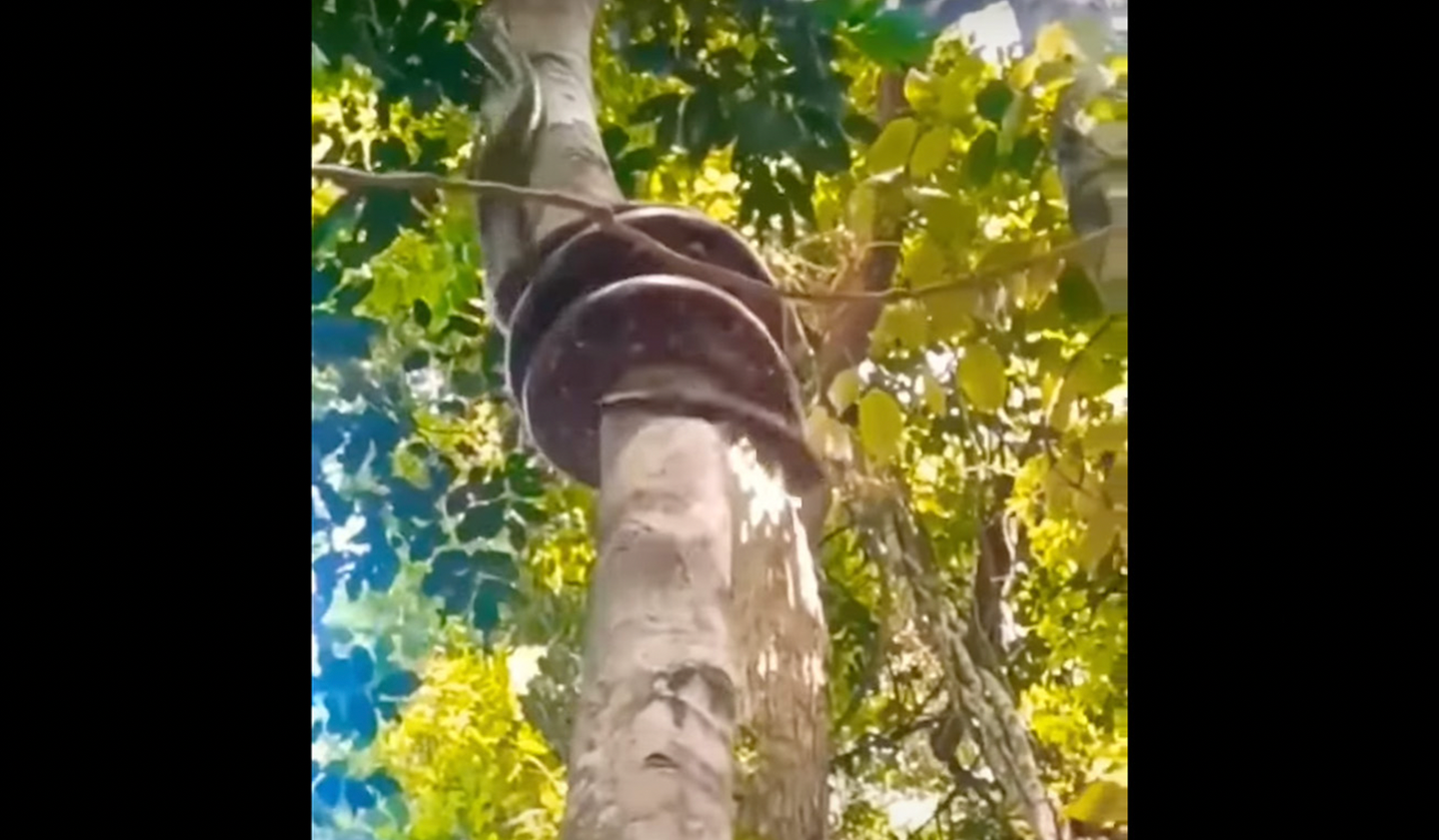 If you thought your deer stand was a safe space when it comes to potential threats from wandering snakes, you might want to think again. A video recently shared by an account known as Mr.Dohaman on YouTube shows just how adept—and alarmingly fast—a big snake can be when making a vertical ascent of a treek trunk.

While it’s hypnotic to watch a snake of this size coil up a tree trunk, it’s not actually an uncommon phenomenon. According to scientists, all manner of snake species are capable of slithering up into a tree in one way or another, and they do so for a variety of reasons. For one, many snakes are ambush hunters, and—as many a successful whitetail deer hunter will tell you—tree tops are a great place to sit and wait for unsuspecting prey to wander by. Snakes will also climb trees when seeking refuge from predators of their own.

The snake in the recently shared video appears to be a large constrictor, but venomous rattlesnakes are known to climb trees as well. In 2018, a New Mexico hunter filmed a 5-foot rattler perched in a tree canopy while out scouting for deer in the southwestern part of the state. And in August 2022, a Georgia hunter was surprised to find a 3-foot rattlesnake tucked into the seat of a deer stand hung about twenty feet up a white oak tree. By the time Brian Murphy noticed that snake, it was staring him in the face from less than 18 inches away. “My first thought was [that it was a] rat snake, but then I noticed the unmistakable shape of a pit viper head,” Murphy later told Georgia Outdoor News. “[I] thought I’d just about seen it all in tree stands, but I never even considered the remote possibility of finding a rattler! Be careful out there.”

According to the Smithsonian’s National Zoo and Biology Institute, timber rattlers have been documented in trees at heights of more than 80 feet. The Bureau of Land Management reports that diamond back rattlesnakes will seek out tree canopies when they want to bask in the sun, hunt for prey, or escape rising water levels. Burmese pythons, an invasive, nonvenomous constrictor snake that is overrunning the Florida Everglades, will also climb trees, typically to hunt and ambush prey.