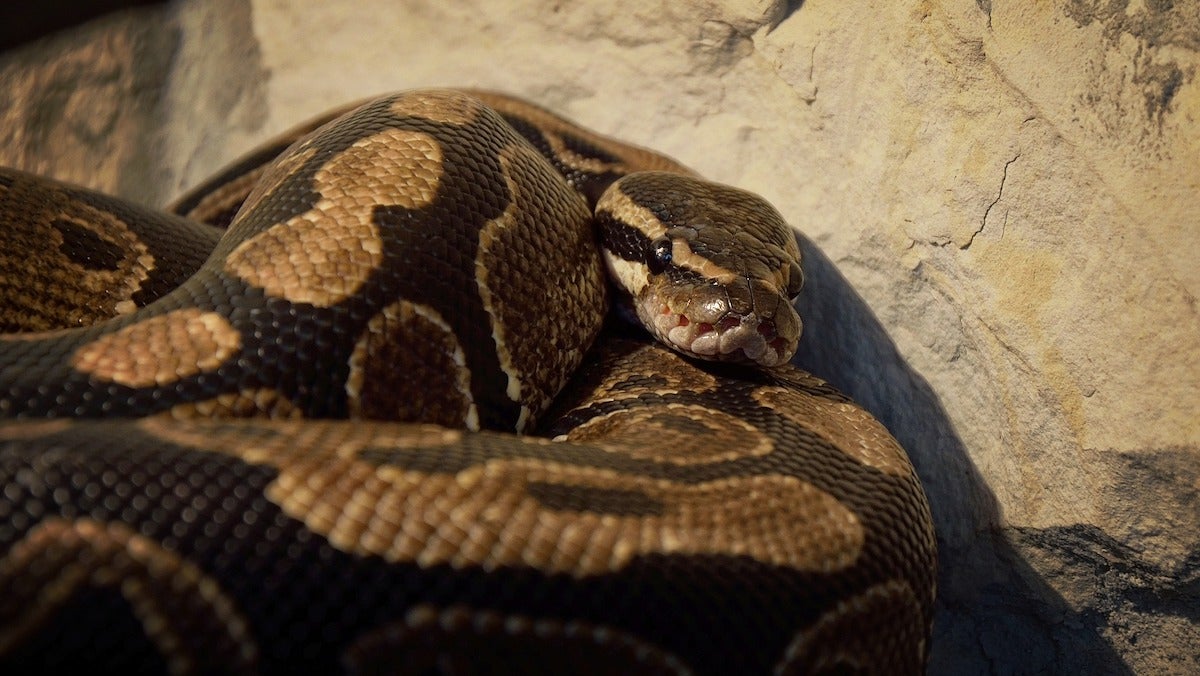 Elliot Senseman, of Upper McCungie, Pennsylvania, died on Sunday, July 24, from a brain injury “due to asphyxiation by constriction” four days after police had to shoot his snake in an effort to save him.

Sensemen, 27, kept several snakes in his home. He was cleaning snake cages on July 20, when, according to an unnamed relative, an 18-foot-long snake wrapped itself around his neck. A responding officer shot the snake in the head and Senseman was freed from its coils. Senseman was taken to the hospital but eventually succumbed to his injuries.

Previous news reports listed the snake as 15 feet long, and law enforcement continues referring to it as a “boa constrictor-like” snake, but more likely a snake 18 feet long would be a python. Senseman was known to own pythons, which can weigh 200 pounds when they reach the size of the snake that attacked him.

Senseman, who studied environmental science at Kutztown University, loved animals of all kinds and especially snakes, according to friends. He had been handling snakes since the age of 10. In addition to snakes of his own, he sometimes took in rescue snakes that their owners no longer wanted, or had grown too large for them to handle. Senseman’s age was incorrectly listed as 28 in earlier news reports.