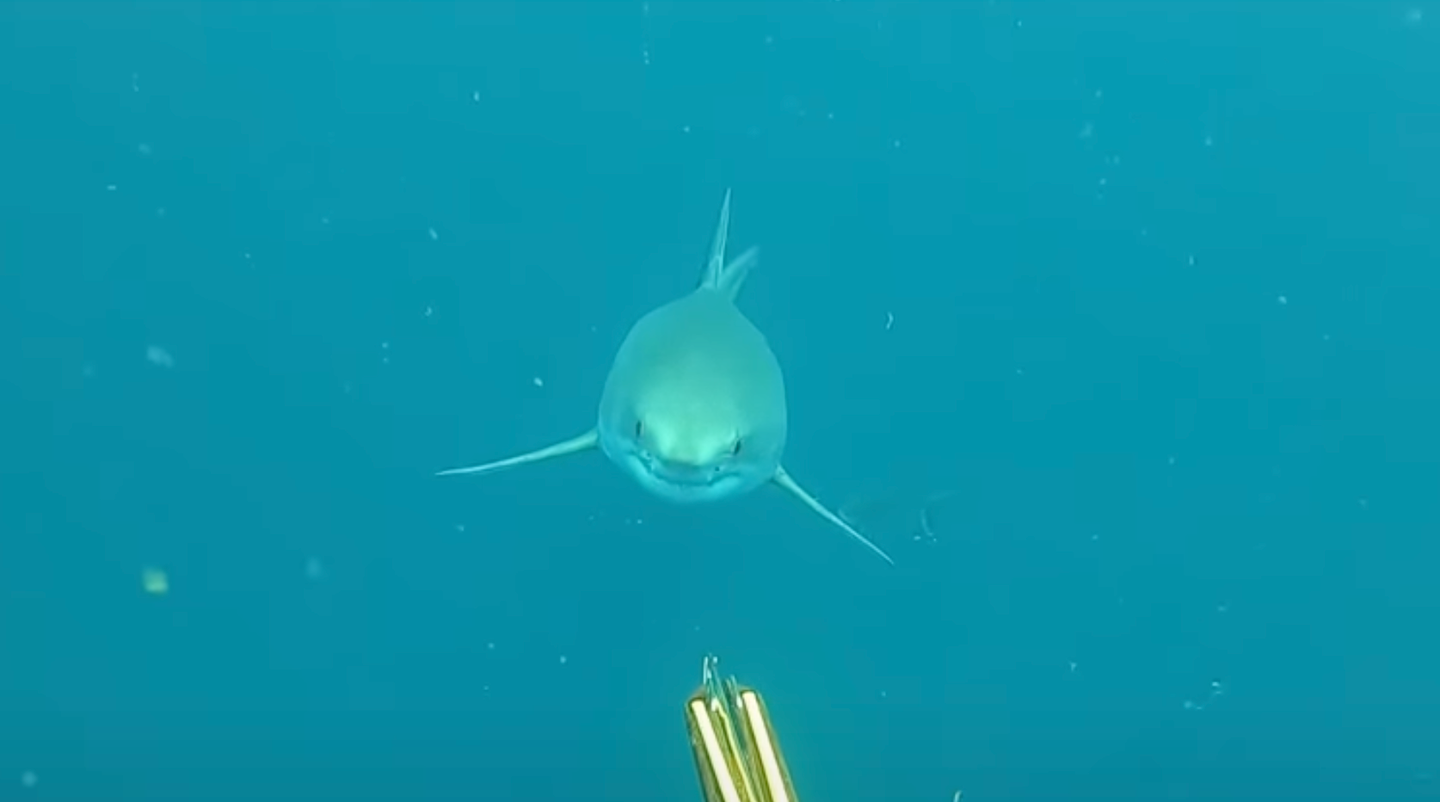 Being the man behind the camera for this footage must have been terrifying. David Scherrer via YouTube
SHARE

David Scherrer, 22, was spearfishing with friends about 20 miles off the coast of North Carolina’s Outer Banks on December 16 when he spotted a huge great white shark. He recorded the close encounter and posted it on social media. The video seems pretty uneventful at first. The shark, which Scherrer estimated to be a 10-footer, looks as though it’s going to swim past Scherrer harmlessly—but then it suddenly turns directly toward him.

“At first, I thought it was awesome,” Scherrer told The Virginian-Pilot. “It’s a pretty unique experience just to see one, but as it started going towards me, it wasn’t so cool anymore…. Normally when that happens, things end a bit more dramatically.”

The big shark swims to within feet of Scherrer, and then, just as it looks like things are going to get really hairy, it veers off to the side. One commenter on Instagram asked Scherrer how close he was to shooting, to which he responded: “If it opened its mouth, I [was going to] shoot.”

Great white sharks migrate from colder waters down to the waters off of the Outer Banks during the winter. A team of researchers has been working to see if the apex predators mate off the coast of North Carolina. Great whites are known to be the largest predatory fish in the world. They can reach lengths of over 20 feet and weights in excess of 5,000 pounds, according to National Geographic. They can swim up to 15 miles per hour and have mouths filled with up to 300 serrated teeth. About a third of the 100 shark attacks that occur each year involve great whites, though only a small number of those prove fatal.

After the scary encounter with the shark, Scherrer and the other spearfishermen he was diving with decided to call it a day. “It was a once in a lifetime experience for sure,” wrote Scherrer in another comment on Instagram. “I hope so, at least.”