Addison Bethea, 17, and her brother punched and kicked the 9-foot shark to make their escape. She was airlifted to a nearby hospital and is in stable condition 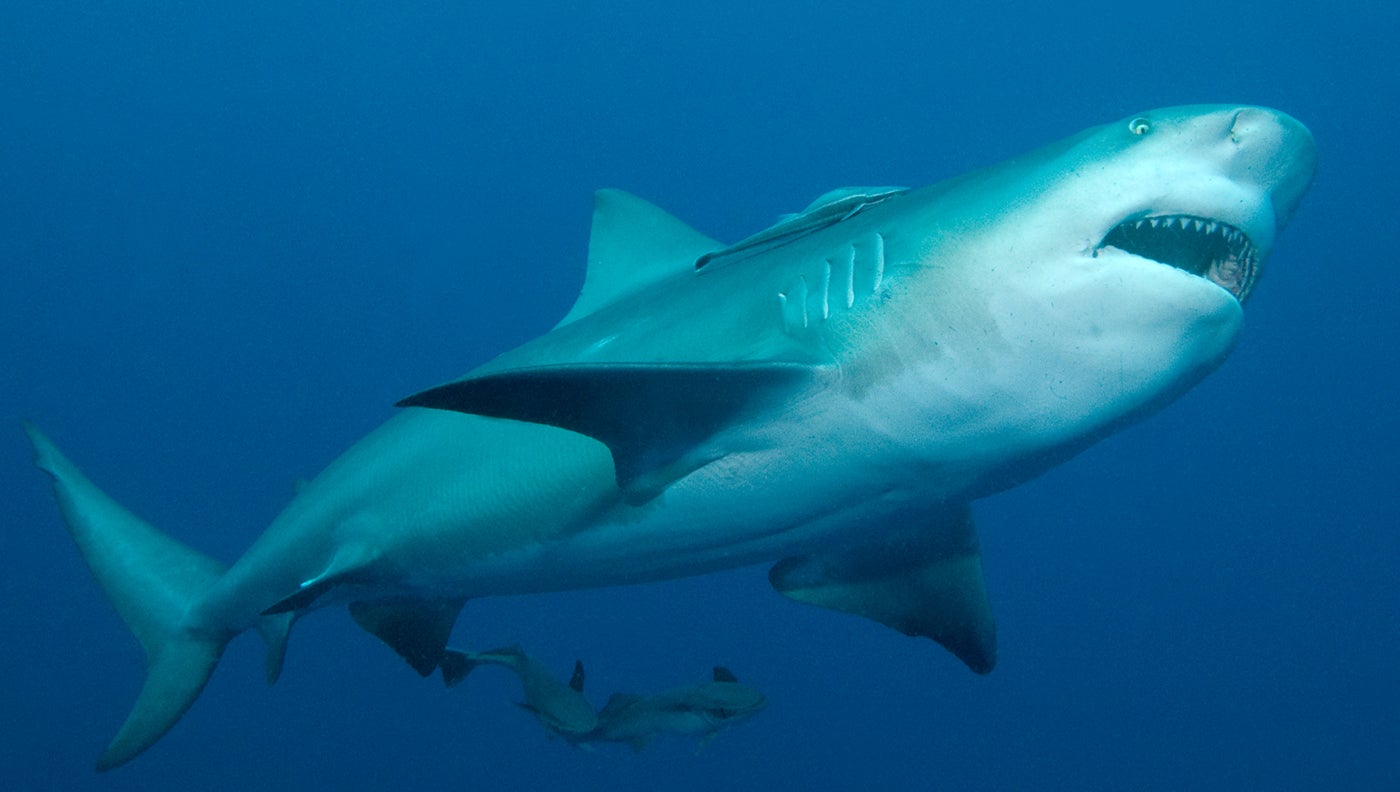 Bull sharks are responsible for the majority of attacks in Florida. Gerard Soury / Getty
SHARE

When a shark attacked 17-year-old Addison Bethea on Thursday while she was fishing for scallops in 5 feet of water at Keaton Beach in Florida, her first reaction was to punch back. Her brother, Rhett Willingham, jumped into the fray, also battling the 9-foot marauder, and a boater quickly ushered the victim to shore. Bethea, initially listed in critical condition at the Tallahassee Memorial Hospital, has stabilized after surgery.

Bethea’s father, Shane Bethea, recounted the event in a Facebook post, “The shark bit her once and then attacked her again on her right thigh. She tried poking it in the eyes and punching it but it would not turn loose. By the grace of God, she was with her brother, who is a first responder/firefighter, who acted quickly to literally fight off the shark and pull her away and into a nearby boat of an unknown person (thank you to whoever you are).”

He went on to explain that Willingham applied a tourniquet to Bethea’s leg and kept her awake before a helicopter airlifted her to Tallahassee, 80 miles away. There, multiple doctors performed surgery, removing a vein from her left leg to create an artery in the right in an effort to restore blood flow to the lower leg and foot.

On Friday morning, after she had awakened from sedation, Bethea texted her parents, joking about being beat up by a shark and requesting a Wendy’s frosty. After being extubated, she recounted her ordeal to ABC’s Good Morning America, “And the next thing I know something latches onto my leg, and I was like, that’s not right. And then I look and it’s a big old shark. Then I remember from watching Animal Planet to like…punch [it] in the nose or something like that. And I couldn’t get around to his nose the way he bit me.”

Willingham also told Good Morning America the story from his perspective, “She came back up and I saw, like, the blood and everything, and I saw the shark. So then I swam over there, grabbed her, and then pushed them all, kind of trying to separate them. And he just kept coming. So I grabbed her, swam backwards and kicked him and then yelled for help.”

The hospital said in a statement that Bethea will have additional surgery on Saturday “to further investigate the extent of the damage to her leg and determine what treatment options are available with the goal of saving her leg.”

The Keaton Beach sheriff’s office noted that the type of shark that attacked was unknown. Florida has averaged 25 shark attacks per year over the past five years. Of 73 unprovoked incidents around the world last year, 28 were in Florida, 38 percent of the global total.

Bethea’s father concluded in his Facebook post, “She’s been through more than I could ever imagine but she is being a trooper. Please pray for her and the difficulty of her days ahead. She isn’t out of the woods by any stretch, but she is alive and that’s what’s most important to us.”