The group barely survived the harrowing encounter with a bear defending a kill. Locals quickly shot the bear after the attack 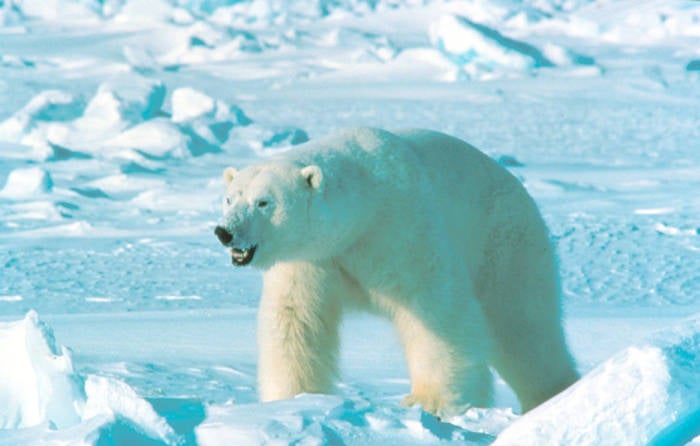 Three people barely survived a polar bear attack in northern Canada last week. Elijah Kaernerk traveled by ATV to Sanirajak, Nunavut, on August 10 with his partner and her sister-in-law to visit a cabin. He’d been warned earlier in the day that a polar bear had been seen nearby, but he decided to sneak a peek around the corner of his cabin anyway. The bear, which was feeding on a carcass, spotted Kaernerk and promptly gave chase.

“It growled, and left the food…then it stood up and started running towards me,” Kaernerk, who speaks Inuktitut, told the CBC. The bear quickly caught Kaernerk and knocked him to the ground, after which the bear immediately turned to attack Kaernerk’s partner. “I struggled a little but tried to get up…I stood up, then started heading to the bear.”

He successfully regained the bear’s attention, which then chased him around the ATV until it caught him a second time.

“When I was being attacked, I didn’t feel so much pain,” he said. “I was trying to keep the bear from going to the other two. They all have children, and grandchildren, too.”

“I could hear the attack on me. I could hear the cuts going in, and I could feel the teeth punching through,” he told the CBC. The bear again turned its attention to the women. Despite his injuries, Kaernerk successfully distracted the bear once more and was attacked a third time. This time, he said he could feel the bear’s tooth on his eye before “it bit me on my neck and I blacked out.”

Royal Canadian Mounted Police (RCMP) officers were dispatched. Exactly what happened next is unclear, but all three adults survived the harrowing encounter. When the police arrived, the survivors had already been transported to the local community health center. All three were later transferred by medevac plane to a hospital in Iqaluit. Kaernerk was then sent to a hospital in Ottawa for serious treatment.

“Although badly injured,” the RCMP reported, “they are expected to recover from their injuries.”

Read Next: Russian Woman Likely Eaten by Bears, According to Local News Reports

The polar bear was found dead nearby, according to the RCMP. It had been shot and killed by members of the community.

The attack took place in Nunavut, which is Canada’s largest, northernmost territory. It’s a rugged 800,000-square-mile expanse of Arctic tundra, mountains, and remote villages populated mostly by Inuit. Polar bear attacks there are rare, but not without precedent. In July 2018, a 31-year-old father was killed by a bear on Hudson Bay’s Sentry Island while protecting his three children. Later that summer, a 33-year-old hunter was killed when a mother bear and her cub came into his hunting camp.