The image shows an unidentified creature lurking outside Texas's Amarillo Zoo in the middle of the night. The question is: What is it? 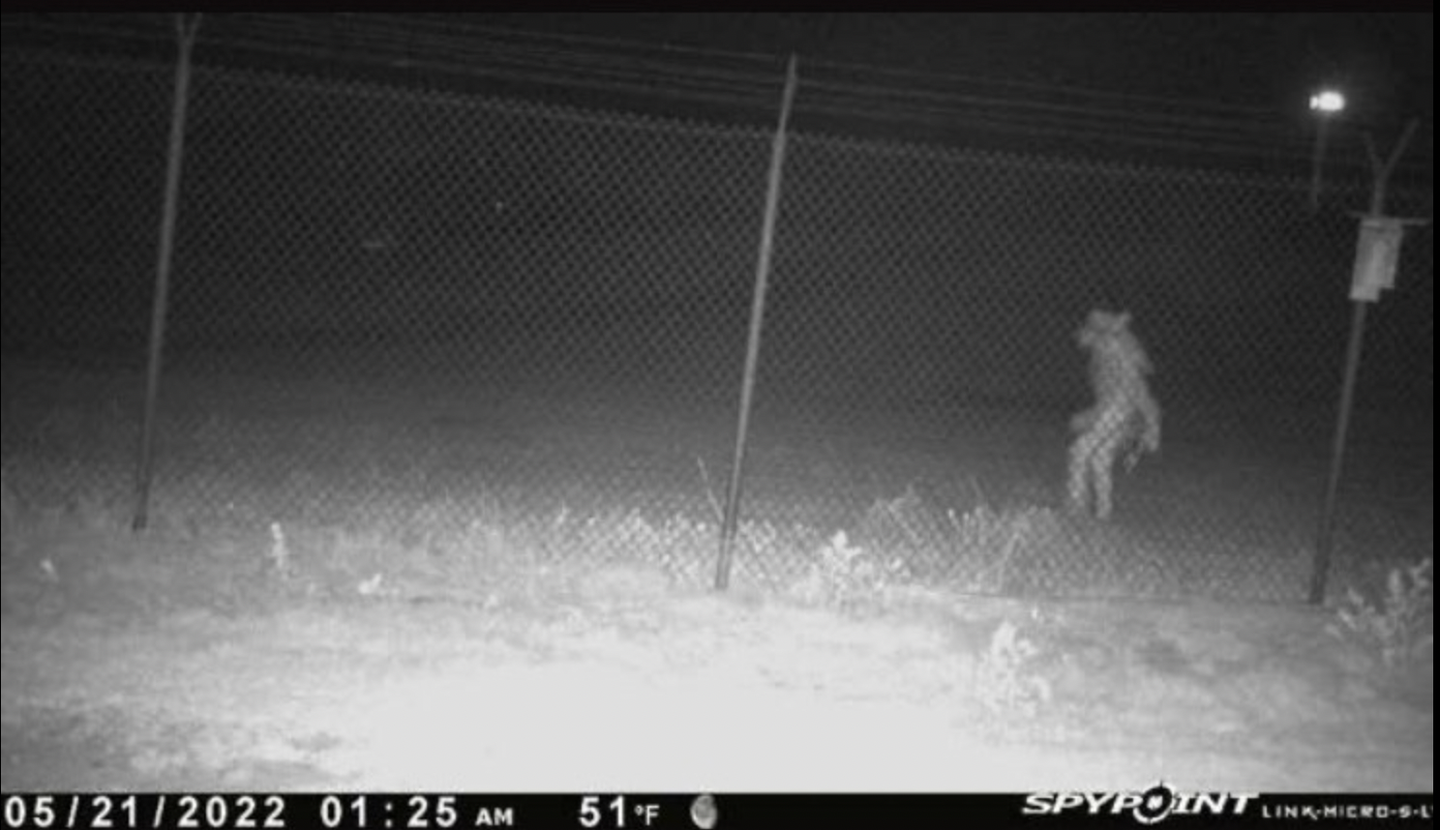 The latest major chupacabra sighting comes via a Facebook post from the City of Amarillo, Texas, featuring a trail-camera photo from within the Amarillo Zoo, dated May, 21, 2022, in which a long-armed, furry-faced, erect-walking creature seems to be sauntering just outside an enclosure, peering through the chain-link fence, at 1:25 in the morning. The post asks, “Is it a person with a strange hat who likes to walk at night? A chupacabra? Do you have any ideas of what this UAO- Unidentified Amarillo Object could be?”

The Amarillo Zoo captured a strange image outside the zoo in the dark and early morning hours of May 21 (around 1:25…

Posted by City of Amarillo, Texas on Wednesday, June 8, 2022

Judging by the headlines this post has generated so far, the consensus among the national news media is chupacabra. Which makes sense. Although it’s true that every chupacabra sighting up to this point has turned out not to be a chupacabra, most of those have ended up being hairless coyotes. This creature, however, appears to be walking on its hind legs, which coyotes don’t do as a rule. But chupacabras do. According to Wikipedia, chupacabras stand and hop “in a fashion similar to a kangaroo” (presumably to get at all those goats that like to stand on top of their pens.)

On the other hand, commenters on the Facebook page had a bunch of suggestions that seem just as plausible.

“Did you guys recently have a Furry Convention in town? That would answer a lot of things here,” writes Willie Hughey.

“Clearly it is Rocket the Raccoon from Guardians of the Galaxy,” says Kelly Peters.

And from Soupy Dan, “This is literally Sonic the Hedgehog.”

As much as it makes sense for the national media to go with chupacabra, I’m more inclined to believe someone named Soupy Dan.