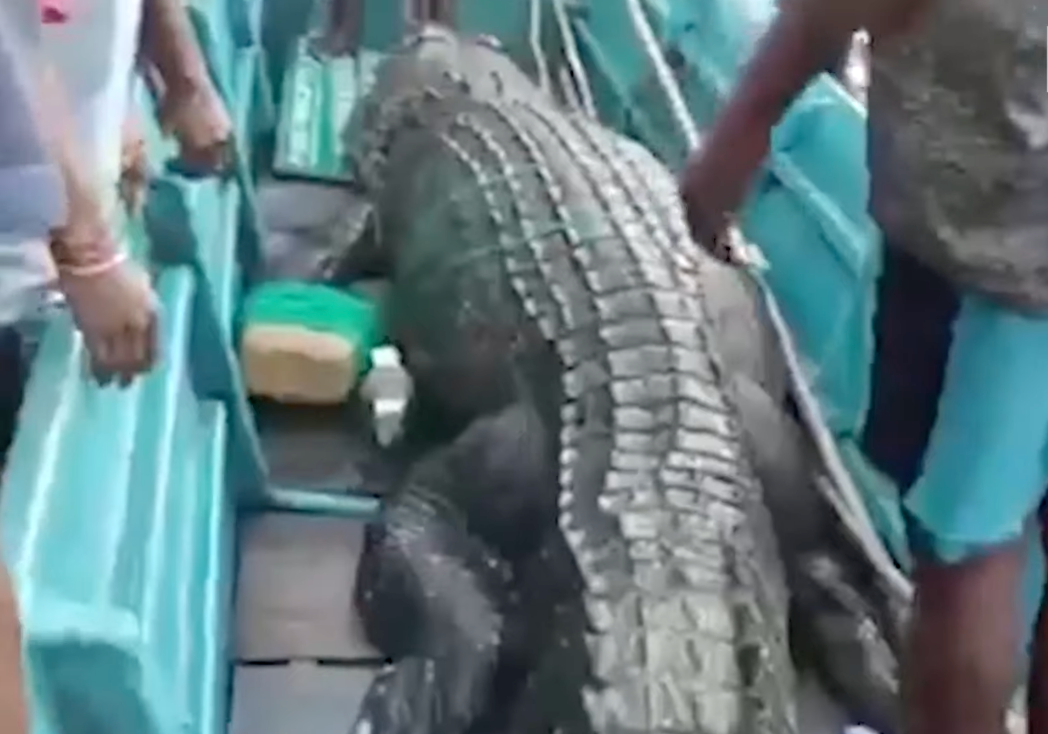 In a shocking turn of events, villagers in Indonesia killed a 13-foot crocodile with a swollen belly—and found a decomposing corpse in its stomach. Prior to the discovery, a crocodile had been seen pulling construction worker Yeniman Bernard underwater while he was sitting on a boat after swimming. Bernard yelled for help after the crocodile bit his hand and pulled him overboard. He was held underwater for two minutes before surfacing and then being dragged under again. He didn’t resurface. After a one-day search of Bintuni Bay, villagers found and killed a bloated 13-foot croc.

“After dissecting it, it was clear that there was a man in its stomach,” Lukas Resihol Limbong, Bintuni Bay police chief told The Mirror. The authorities used bone and skull fragments to identify the remains. “We confirm that the victim inside the crocodile is the person we are looking for.”

Limbong says that officials have warned villagers of the potential danger of crocodile attacks in the past. According to Newsweek, there were 668 fatal saltwater crocodile attacks worldwide between 2010 and 2020. Crocs are known to eat kangaroos and orangutans whole. There are a handful of life-threatening croc species including American, Nile, and saltwater. The man-eating crocodile in Indonesia was most likely a saltwater crocodile, which is the world’s largest variety.

Read Next: Indonesian Man Wrangles 14-Foot Crocodile with a Rope

Male saltwater crocs can grow more than 23 feet in length, according to Oceana. The giant reptiles have 66 teeth that are each five inches long—and have one of the most powerful animal bites on the planet. Crocs are most dangerous when they aggressively lunge from the water to attack people on land. They target mammals from the edge of brackish water by lunging out, biting down, and then dragging their victims in. They’re known to hold their prey underwater until it drowns.