The encounter left a man training for a triathlon with a broken jaw, a crushed skull, and a punctured brain 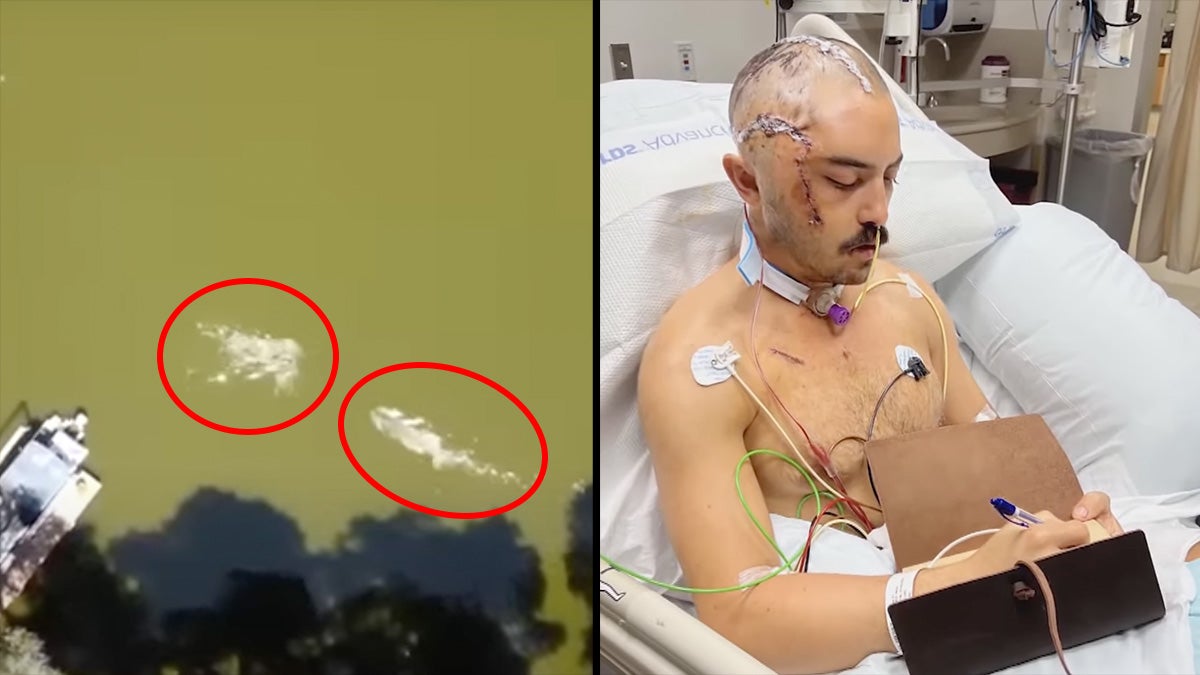 Juan Carlos La Verde, 34, is a former U.S. Air Force Pararescueman and currently a firefighter and paramedic. Two weeks ago, he somehow managed to escape from the jaws of a 12-foot alligator that grabbed him by the head while he was swimming in Lake Thonotosassa in Florida. A drone that was meant to be recording an advertisement for La Verde’s company, Defeat X, captured footage of the brutal attack from above. The video shows Laverde and the gator swimming directly toward each other—and then the commotion that follows once they collide.

“I felt the equivalent of a telephone pole hit my face,” he told WESH2. “I heard my jaw snap.” The gator crushed part of La Verde’s skull, punctured a part of his brain, and broke his jaw.

The professional rescuer instinctively responded. He immediately tried to pry his head free. During the ensuing struggle, the gator let go. La Verde swam to a dock and called 911 before a bystander drove him to a nearby hospital. He underwent six hours of emergency surgery on his face and skull. Doctors removed a portion of his skull from his brain, according to a GoFundMe site set up by his family to help cover expenses. He was discharged after 10 days and will return to the hospital to undergo additional surgery after a few weeks of having his jaw wired shut. In the meantime, he has to wear a helmet to protect the right side of his head.

Read Next: Florida Gator Snatches 40-Pound Dog “…Like it Was Nothing.”

According to the Florida Fish and Wildlife Conservation Commission, 442 unprovoked alligator bites were recorded in Florida from 1948 to 2021. Twenty-six of those attacks were fatal. Sixteen alligator attacks are under investigation in the Sunshine State so far this year.