Watch a Wild Hog Fend Off an Entire Wolf Pack 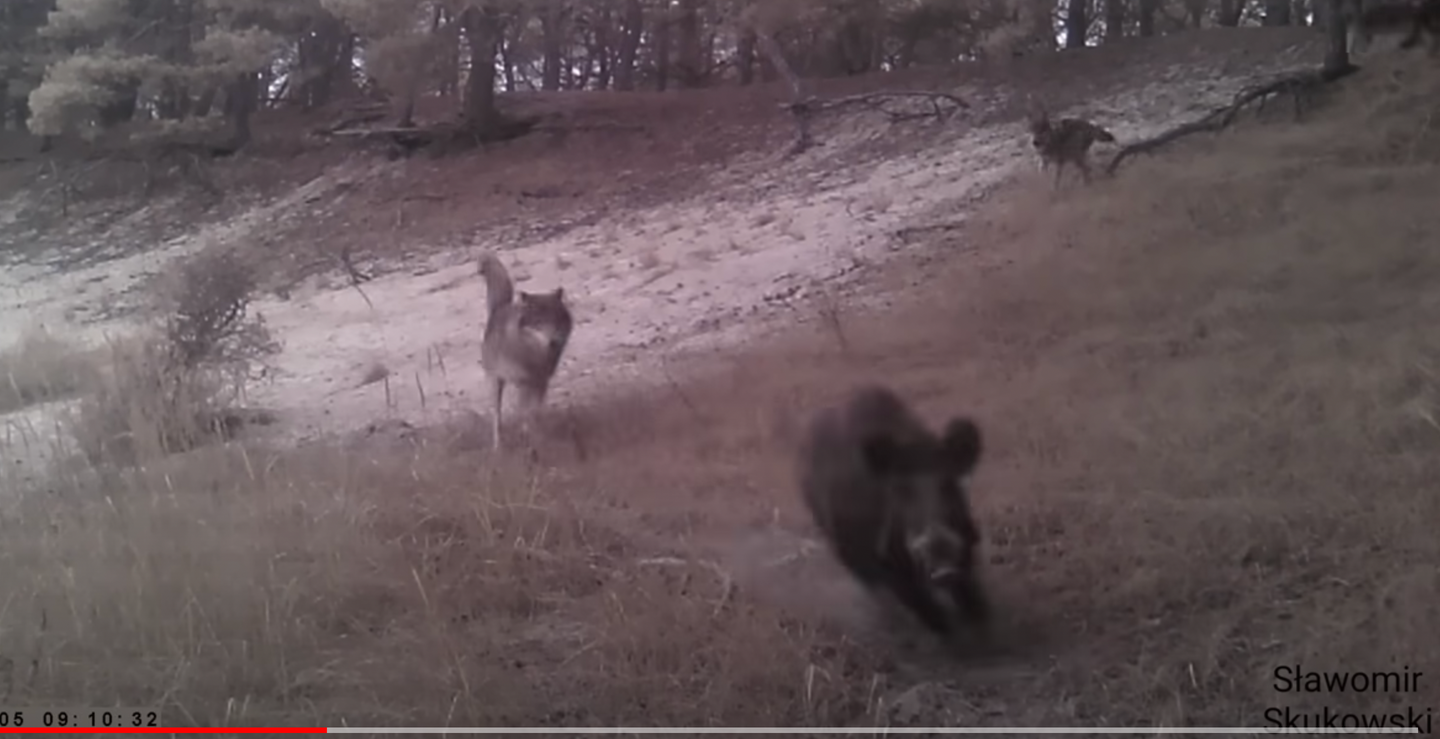 A wildlife photographer named Slwomir Skukowski recently shared rare video footage of a mature wild boar fighting off a wolf pack in a Polish forest near the village of Mrzeżyno. The three-minute clip was filmed with a trail camera, and it’s amassed hundreds of thousands of views since Skukowski uploaded it to Youtube on December 13. It shows the big Eurasian boar thwarting multiple advances from at least seven wolves working in unison to bring it down. Watch it for yourself below.

In the video, the big hog is seen charging into the encircling wolf pack with reckless abandon. The wolves continue to approach the boar, but they never actually take it down—at least not in front of the camera. Eventually, the snorting pig scatters the canines, and they retreat to a nearby ridge before regrouping for another attack. Around the three minute mark, the wolves disperse and the clip cuts out.

“I have been setting camera traps for many years,” Skukowski told the Głos Szczeciński newspaper. “I have seen many things, but this is a lifetime first.” Skukowski said he has several trail cameras set up throughout the forests of his home region, where he’s been working as a full-time wildlife photographer since 2013. His Facebook page is a treasure trove of wildlife footage and photography, featuring European red stags, Eurasian wild boar, wolves, and other local wildlife species.

Read Next: The 5 Best States for a Hog Hunting Adventure

Poland is home to an abundant population of Eurasian wild hogs like the one shown in Skukowski’s video. The boars sport long, sharp tusks and can reach weights in excess of 700 pounds. The sows are prolific breeders, capable of producing large litters at just six months of age. Notoriously aggressive, Eurasian hogs are hunted heavily in Poland. But their numbers have continued to expand in recent years—even into large urban centers like Warsaw.