When the woman didn't return home after work on a rubber plantation, her husband reported her missing. Her body was later found inside the stomach of a 22-foot reticulated 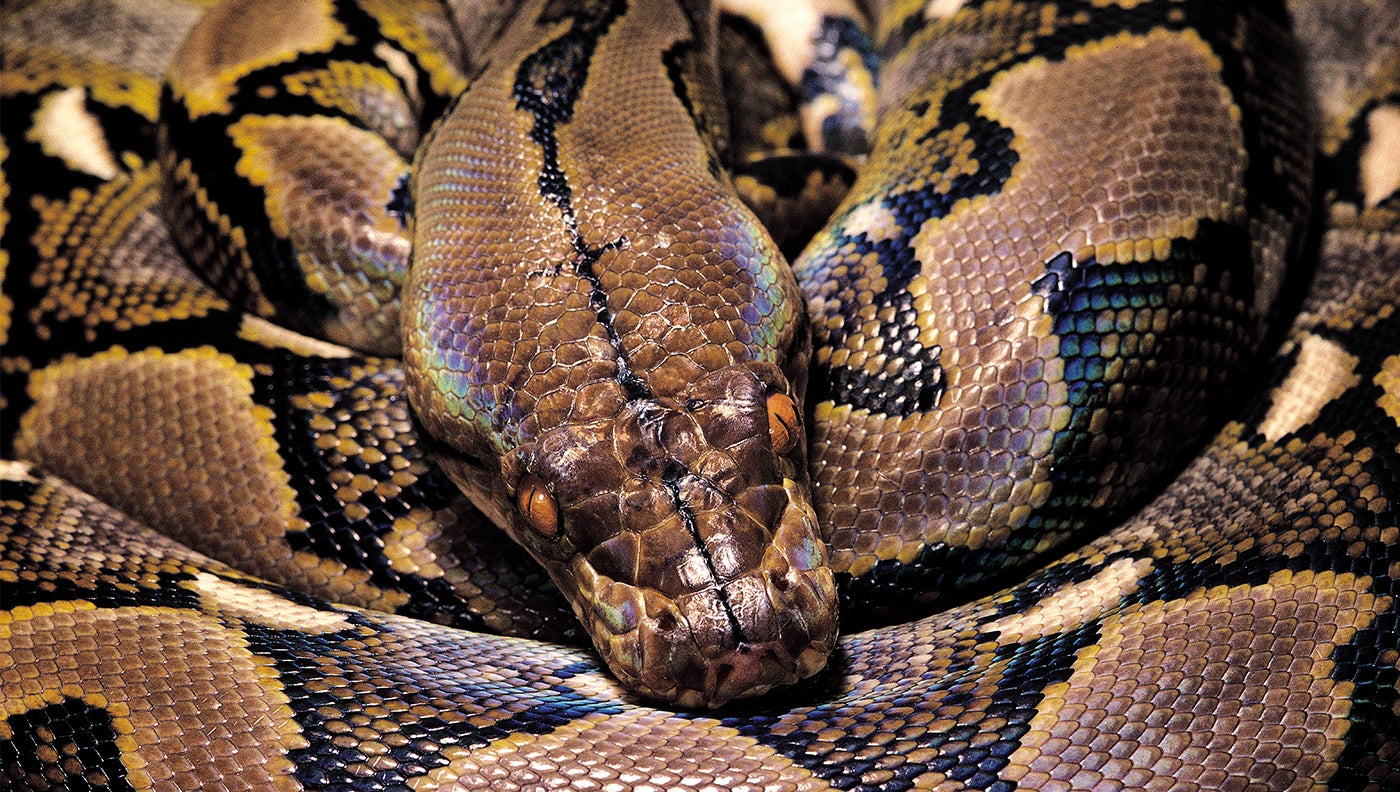 Every workplace has its hazards. Tragically, for a 54-year-old woman named Jahrah in Betara Jambi, Indonesia, the hazards included very large snakes. When Jahrah went to work on a rubber plantation last Sunday morning, she encountered a 22-foot reticulated python, and the beast swallowed her whole.

Jahrah’s husband reported her missing when she did not return to their home that evening after work. He then set out to look for her, but instead, found only her sandals, jacket, headscarf, and rubber tapping knife. He arranged for a search party that evening, but the group failed to find the missing woman. While searching again the following day, residents found a giant snake with a distended midsection.

Betara Jambi police chief AKP S Harefa told CNN Indonesia, “The victim was found in the snake’s stomach. After they cut the belly apart, they found it was Jahrah inside.” He noted that her body was largely intact. No one witnessed the python devouring the woman. Authorities claim that it would have taken two hours for the snake to swallow her entirely.

Reticulated pythons are the world’s longest snakes, often reaching 20 feet in length. The longest ever recorded, captured in 1912, was 32-feet long, according to the Natural Museum of History. Pythons are constrictors. They ambush their prey, then wrap their bodies around it, killing by suffocation, squeezing harder as the victim exhales. Then, they swallow their food whole, making use of very flexible ligaments in their jaws to accommodate the meal.

Though it is rare for pythons to consume humans, this is not the first such incident. Two others were reported in Indonesia in 2017 and 2018, though in another 2017 case, villagers flipped the script. A local security guard in Sumatra wrestled a 27-footer that was harassing his community. Despite nearly losing his hand to the snakes’ bite, the man survived the encounter and residents subdued the beast and ate it.
Unfortunately, the woman in this latest case was consumed and did not survive.