The 7 Scariest Diseases You Can Get From a Tick

These tick-borne diseases can cause severe symptoms—in some cases death. Some are even untreatable 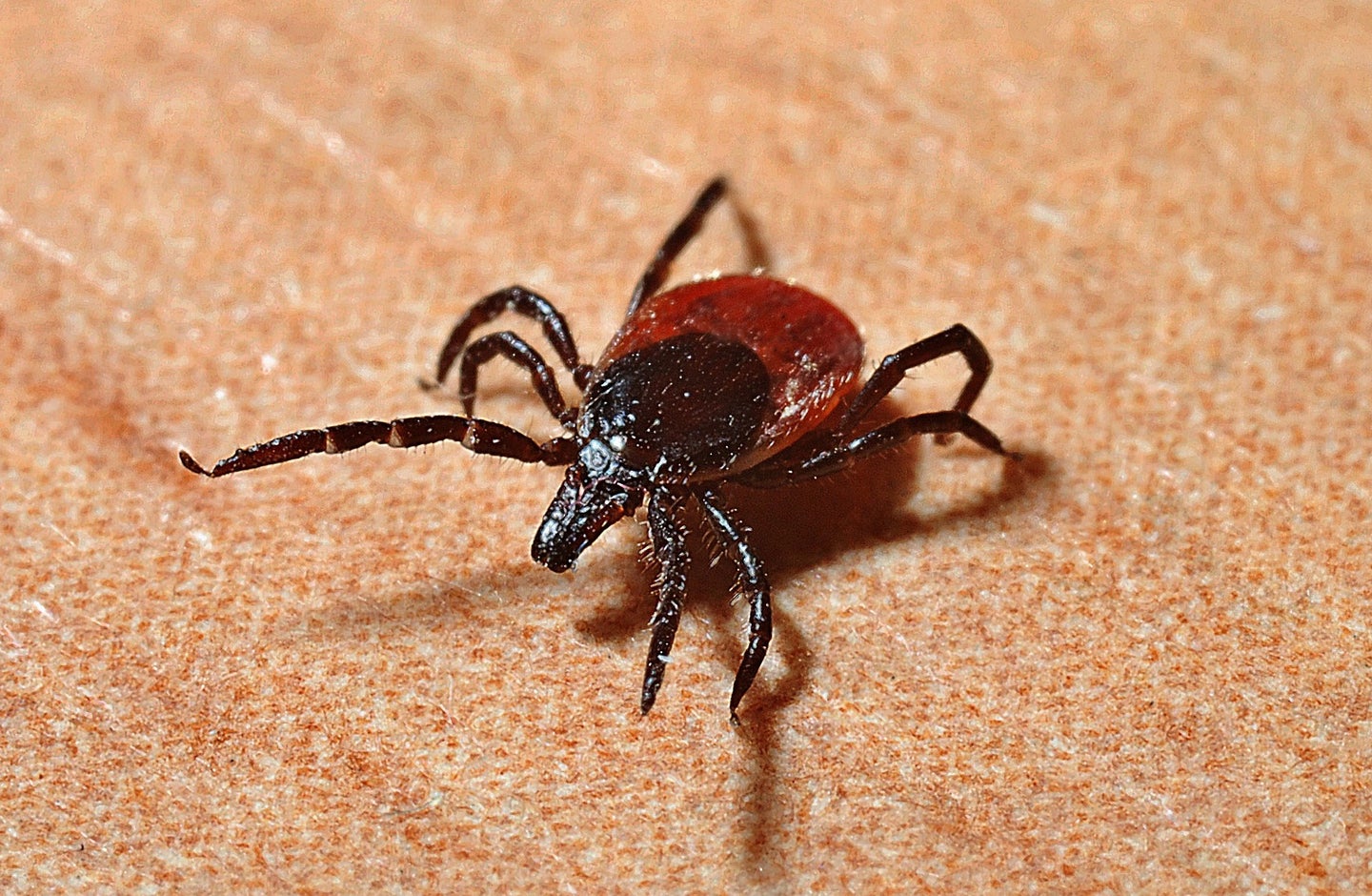 When ticks bite humans and other animals, they’re out for blood. It’s the only thing the parasitic arachnids need to fulfill their nutritional needs, and they can be relentless in their pursuit of a meal. A tick that remains attached to its host until completely engorged can hang on for a week, increasing its weight by 200 to 600 percent.

This long feeding time makes ticks ideal transmitters of disease, which they pass to their hosts via the parasites, viruses, or bacteria that they carry. According to the Centers for Disease Control (CDC), ticks spread more than a dozen diseases in the United States, some of which can have serious—even fatal—consequences for their human victims. Here are some of the worst.

Lyme disease is not only the most common tick-borne disease in the United States, it’s also the disease spread most frequently by any “vector” species, which include mosquitoes, sandflies, blackflies, and triatomines (kissing bugs) in addition to ticks. Lyme is caused by the Borrelia burgdorferi and Borrelia mayonii bacteria, and about 30,000 to 40,000 U.S. cases are reported annually.

Geographic range: Lyme is named for the Connecticut town where an outbreak of unexplained ailments in 1975 led to study and documentation of the disease, but it’s frequently found throughout the Northeast, the upper Midwest, and the Mid-Atlantic states. Cases have also been reported in California, Oregon, and Washington. Genetic sequencing has led researchers to conclude that Lyme disease has likely been circulating in North America for 60,000 years, long before the first humans arrived on the continent.

Symptoms: Fever, chills, headache, fatigue, swollen lymph nodes, and muscle and joint aches. A characteristic bullseye skin rash occurs in about 70 to 80 percent of infected people, appearing anywhere from three to 30 days after a bite.

Prognosis: If left untreated, Lyme can spread to the joints, heart, and nervous system, but early detection and treatment can stop it from progressing. Most cases of Lyme disease can be cured with a two- to four-week course of oral antibiotics, but patients sometimes have symptoms of pain, fatigue, or difficulty thinking that lasts for more than six months after they finish treatment.

The CDC has labeled Rocky Mountain Spotted Fever (RMSF) the most deadly tick-borne disease in the world, and 4,000 to 6,000 cases are reported in the U.S. every year. Though incidents of the disease have risen since it was discovered in the 1920s, fatality rates have declined. Currently, about 5 to 10 percent of cases are fatal.

Prognosis: Treatment with doxycycline antibiotics within five days usually results in complete recovery. Delayed treatment can lead to more serious illness requiring hospitalization, and those who recover from advanced infections can sustain life-altering damage, including amputations, hearing loss, paralysis, or mental disability. If untreated, RMSF can cause death within eight days of the onset of symptoms.

Geographic range: Cases have been reported primarily in the Northeast and the Great Lakes regions.

Symptoms: Many people infected with the virus have no symptoms, but those who do typically experience fever, headache, vomiting, and weakness. In its severe stages, Powassan can cause infection of the brain (encephalitis) or the membranes surrounding the brain and spinal cord (meningitis), which can lead to confusion, loss of coordination, difficulty speaking, seizures, and death.

Prognosis: There is still no effective drug treatment for Powassan virus.

Transmitted to humans through bacteria carried by infected soft ticks, TRBF occurs mainly in the western U.S. and is associated with sleeping in rustic cabins and vacation homes, where rodent infestations attract ticks. Unlike hard ticks, soft ticks bite only briefly, often emerging at night to feed on hosts while they are sleeping—making their bites much harder to prevent or detect.

Symptoms: Headache, muscle and joint pain, combined with a dangerously high fever that typically lasts three days, subsides for a week, and then returns for three days. As the disease name suggests, without treatment this pattern can repeat (or relapse) many times.

Prognosis: With antibiotic treatment patients usually recover within a few days, though in some rare cases neurological problems and respiratory distress requiring intubation have been reported. TRBF can also cause more serious symptoms in pregnant women.

Second only to Lyme disease in frequency, with nearly 8,000 cases reported annually in the U.S., anaplasmosis is spread by ticks infected with the bacteria Anaplasma phagocytophilum.

Geographic range: Most commonly reported in the Northeastern and upper Midwestern states

Symptoms: Onset may not occur until one to two weeks after a bite. Early symptoms include fever, chills, severe headache, muscle ache, nausea, vomiting, diarrhea, and loss of appetite.

A tick-borne virus discovered in 2009, Heartland is relatively rare, with only 50 cases reported. But a recent study in Georgia found that one of every 2,000 tick specimens collected carried the virus. Antibodies to the disease have been detected in deer, raccoons, coyotes, and moose in 13 different states.

Symptoms: Fever, fatigue, decreased appetite, headache, nausea, diarrhea, and muscle or joint pain. Symptoms can take up to two weeks after a bite to appear and often require hospitalization. Some people experience low white blood cell counts, low platelet counts, and increased levels of liver enzymes. The virus has been fatal for some older patients with underlying medical conditions.

Prognosis: There is still no effective drug treatment for Heartland Virus.

Also known as red-meat allergy, Alpha-Gal syndrome (AGS) is a serious, potentially life-threatening allergic reaction to alpha-gal, a sugar molecule found in red meat and dairy products. Growing evidence suggests that the recently discovered condition may be triggered by the bite of the Lone Star Tick, but other tick species have been connected with AGS outside the U.S., and more research is needed to determine the role ticks play in its spread.

Geographic range: AGS has been reported most often in adults living in the South, East, and central U.S.

Prognosis: Reactions range from mild to severe to life-threatening in cases where anaphylactic shock requires immediate emergency care. Lab tests that identify AGS antibodies are helpful in diagnosing the condition, but there is currently no effective treatment beyond removing meat from the diet.