Will a session with a top-notch shooting coach help me get back to hunting with a compound? 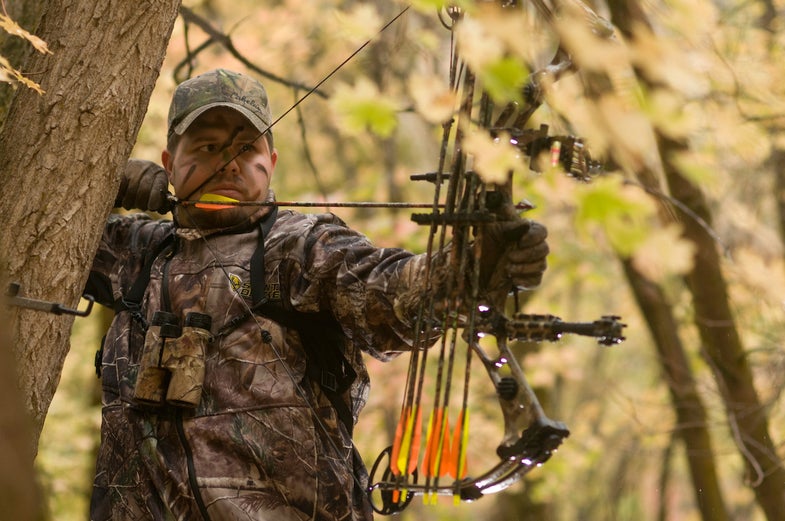 According to Wikipedia, there are 12-step programs for nearly 30 maladies—ranging from drugs and alcohol, gambling and sex, workaholics and online gaming. I say it’s time to start one for bowhunters who suffer from target panic.

“Hi, my name is Bill, and I have target panic.”

Mine comes and goes, but the bottom line is that at the moment it wouldn’t be ethical for me to bowhunt even at 20 yards. This has reduced me to using a crossbow. It’s better than not hunting. But there is no poetry in a crossbow.

Recently, I took a lesson with Ruth Rowe, who is primarily a recurve shooter but also coaches compound. She’s got the chops—having represented the U.S. in the 1984 Olympics, eight World Championships, and two Pan American Games. She ranked seventh in the world in 1977, is now retired from competition, and coaches full-time. She’s a lithe woman of 70 with wide-set eyes and a welcoming but no-nonsense manner.

Most people you talk to about target panic who have experienced it now consider themselves experts. But you soon find out that what they’re expert on is their particular situation and what worked for them.

Ruth had a different approach. “Target panic is a form of performance anxiety,” she said—to which my first reaction was, you really don’t want to use those words talking to a man—“caused by overaiming.” She used the differences between a gun and a bow to illustrate the point. “Shooting a gun is an aiming sport. You look at the sight and fire the bullet with your finger. You shoot a bow with your entire body. You, the bow, and the arrow form a unit. And your body is the gunpowder that fires the projectile downrange.”

She asked me to write down my shot routine, which freaked me out. I don’t know that I’d ever given it that much thought. Which, of course, was part of the problem. What I came up with was the following sequence: • Set feet so a line across the toes would hit the bull. • Breathe. • Nock arrow, put it in WhiskerBiscuit, attach release. • Draw. • Anchor. • Drive bow arm into target, apply ever-increasing pressure to release arm with finger resting lightly on trigger. • Settle in. • Float the pin. • Extend through the release.

“Not too bad,” she commented. I got the sense she would have added some things but didn’t think it was necessary at the moment. She made some modifications to my form. She suggested lengthening my draw length so I could lock my bow arm. “It’s just steadier that way,” she said. “I don’t know why they ever taught otherwise.” I tried it on a Genesis bow, which lets you extend as far as you like. It was steadier.

She told me to make sure to drop both shoulders throughout the shot. To focus on the bull’s-eye instead of my pin. To hold shooting form and keep my eye on the target well after my arrow had hit.

And then came the hard part. There are all kinds of tricks. You can shoot blank bale. Shoot a back-tension release. Practice drawing, closing your eyes, and having a friend touch the trigger so the shot comes as a surprise and you start to learn the feel of that surprise shot. Drawing, aiming, and then letting down without shooting. And so on.

But they all boil down to one thing. A thing that is simple but not easy. Keeping your mind focused on what you’re body is doing as you’re doing it. If you do that, you’ll be okay. These, incidentally, are nearly the very words that coach Terry Wunderle told me years ago. “If you focus on form, aiming takes care of itself.”

There are times when I just hate the hard truth. My name is Bill, and I have target panic.