10 Stylish but Affordable Shotguns You Should Own

Here’s a list of the most irresistible classic shotguns valued under $1,000 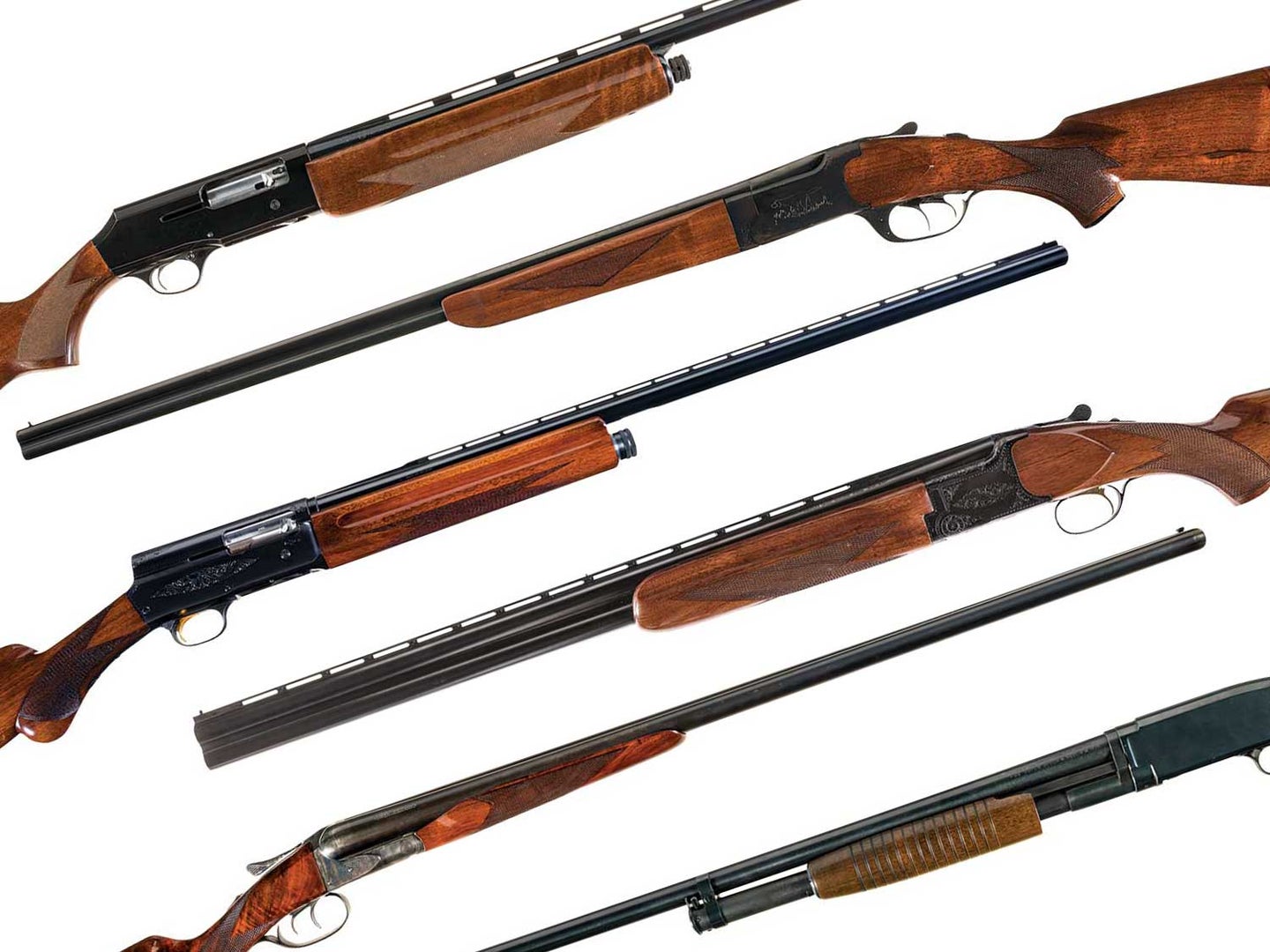 There are certain used shotguns that I’ll pounce on like a bass hitting a topwater lure. Just twitch that walnut-and-blued form in front of me, low price tag dangling from the trigger guard, and I’ll blow up with my wallet wide open. It’s pure reflex.

The reason why many great old shotguns are so affordable is because they languish on the used rack, neglected by those seeking guns with dubious modern “improvements,” like plastic stocks and 31⁄2-inch chambers. Meanwhile, many bargain classics still perform well in the field.

True, some of the old guns predate choke tubes and steel-shot compatibility. You might need to open a bore or use bismuth. But it’s well worth it.

Below is a list of 10 irresistible classic shotguns. All sell for under $1,000, and most for under $500. Any one would catch me, and several already have.

Made from 1903 to 1998. I started out with an Auto 5 and still regret the day I sold it. Fortunately, there were more than a million made, and plenty of good ones sit on used racks. Patented in 1900, the Auto 5 remains a great gun and is every bit as reliable as the newest semi-autos, albeit with a bouncy recoil sensation. Watch for cracked fore-ends, a common problem. If you want more for less, look for a Miroku-made (as opposed to Belgium-made) Auto 5, which costs less and shoots steel without a whimper. And keep in mind that the Remington Model 11 is practically the same as the Auto 5, and while not quite as well-finished, it’s also a good find. Prices: $925 for Belgium-made Light 12; $775 for Miroku-made Light 12

Made from 1910 to 1942. The A.H. Fox is known as the most trouble-free American double. The Sterlingworth was the bottom of the line, so it’s not much on decoration, but inside it’s the same as any other Fox. To stay under $1,000, look for a 12-gauge that’s been around the block some. The older Foxes made in Philly are better finished; the newer ones (after 1929) from Utica, New York, have more modern stock dimensions. Price: $950 for 12-gauge (80 percent condition)

Made from 1937 to present. A friend who loves old doubles hunts with them until he really has to kill a grouse. Then he grabs his Model 37. Ithaca waited for the patent on John Browning’s bottom-ejecting Remington 17 pump (another great find) to expire, then pounced, ­introducing a copy that became a classic. You need longish arms to pump a Model 37, and most used ones lack a 3-inch chamber. But it’s a light and lively gun—​­especially in the ribless versions—​and even good ones go for a song. Price: $235 for Model 37D in 12 and 20

Made from 1937 to 1958. I am still kicking myself for passing on a 16-gauge Model 90 late last year. America’s unknown o/u, the Model 90 was a rugged, simply finished workingman’s gun with an iron receiver that often took a purplish cast. It was equally simple inside—​striker-fired and highly durable. Many have double triggers and no top rib. The .410s bring exorbitant prices, but the rest are easy to afford. Price: $375 for 12; $435 for 16 and 20

Made from 1963 to 1972. My sporting-clays gun is a reworked Miroku Charles Daly trap model I paid $600 for. Would I trade it for a $13,000 Perazzi? Of course I would. I’m no idiot. But I’d miss owning one of the best affordable o/u’s made in my lifetime. Miroku, the same vendor that makes Japanese Browning guns, also made guns for the Charles Daly brand that were essentially Browning knockoffs. They are a great buy, consistently below the price of a used Citori yet often with better fit and finish. Price: $825 for Field Grade 12 or 20

Made from 1931 to 1949. You don’t need to visit a parallel universe to see how great a hand-fit-and-finished Mossberg 500 would be. Just pick up a Remington Model 31 and see for yourself. The eventual template for the Model 500, the 31 was made to compete with Winchester’s Model 12, and some believe it’s ­every bit as good. Famous for its smooth “ball bearing” action, the 31 can be had with a steel receiver or an ahead-of-its-time lightweight alloy version. Price: $300 for 12-gauge with a plain barrel

Read Next: A Refurbished Remington Model 58

Made from 1950 to present. If you only know the great 870 by today’s Express versions, an old Wingmaster is a revelation: slick, polished, and deeply blued. Look for a magnum and you’ll have a great duck gun. Three-inch chambers became standard for the 870 in 1985, and choke tubes followed shortly thereafter. The straight-gripped, short-barreled Special Field is another excellent gun from the Wingmaster’s glory days to keep an eye out for. Prices: $460 for Wingmaster Magnum with vent rib in 12 or 20; $265 for Special Field in 12 or 20

Made from 1967 to 1977. Imported by Ithaca, this simple, reliable Japanese double weighs under 6 pounds in 20, and it is one of the best affordable grouse and woodcock guns ever made. The 100 was ahead of its time and one of the inspirations for the much pricier Connecticut Shotgun Mfg. Co.’s RBL. Cowboy-­action shooters buy 100s and cut them down, which is a shame. It’s almost your duty to buy one and hunt with it. The gun tends to crack where the stock meets the receiver, but that’s easy to repair with expoxy and is the gun’s only shortcoming. Price: $795 for 12-gauge; $955 for 20

Made from 1912 to 1964. There are a couple million Model 12s out there—every one an example of the slickest slide-action ever made. The gun points with a mind of its own, in a good way. The first four shots from my 1960 Heavy Duck were doubles on honkers and greenheads, and I have no memory of working the action. The 3-inch guns command a premium, but the 23⁄4-inch models are real bargains. Price: $450 for 23⁄4-inch plain Full choke 12-gauge; $725 in 20