This Ingenious Decoy Rig Will Change Your Duck Hunting 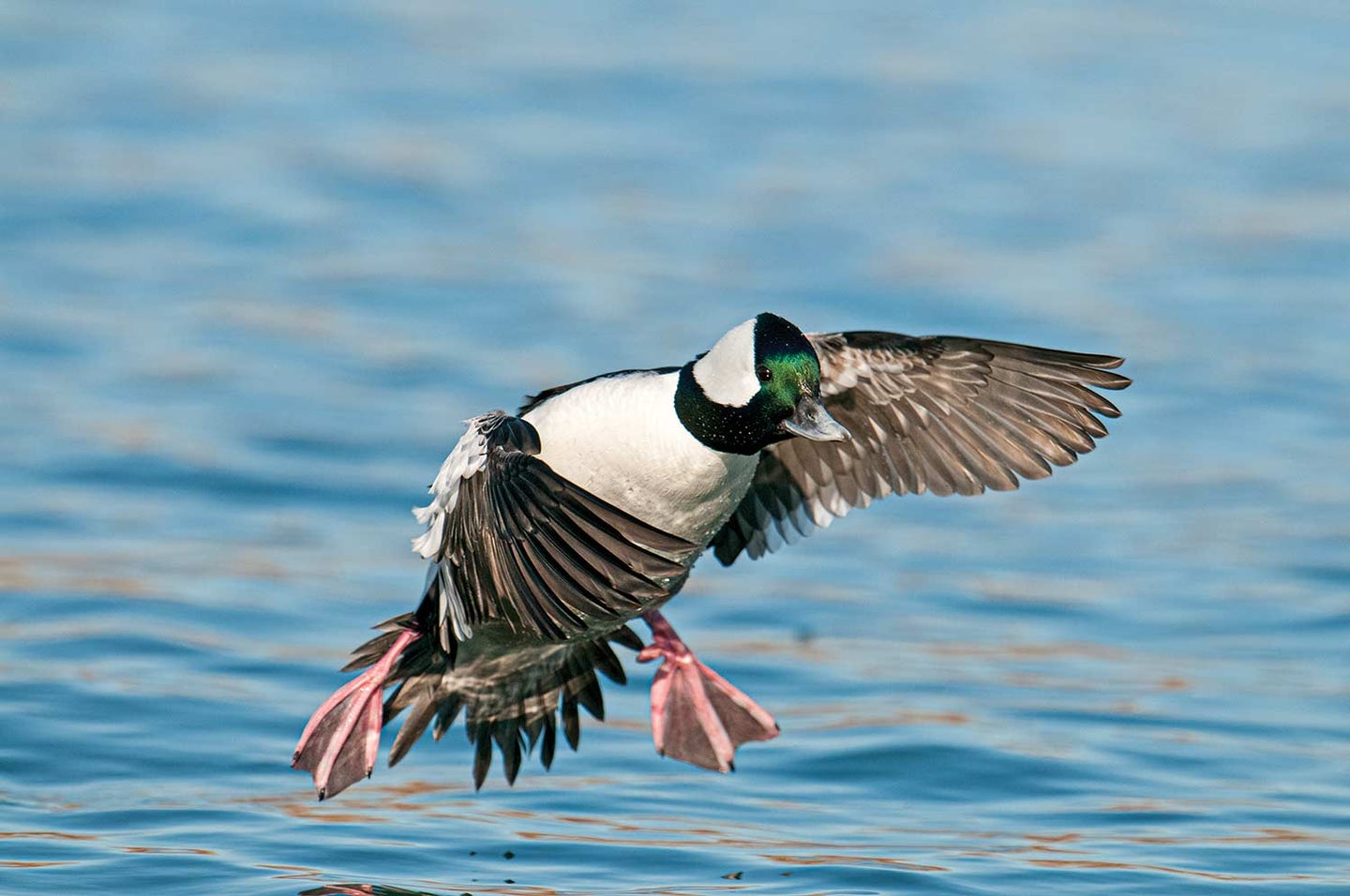 Motion in the decoys can spell the difference between shooting a limit and bird-watching. Spinning-wing decoys create lots of flash, but they’re so popular, they can signal danger to pressured ducks too. Instead, try luring ducks in by creating a commotion they haven’t seen before in your spread. Rigging a decoy to dive and dance on the surface will catch the eyes of passing ducks, and the water it disturbs as it bobs back up will get your whole spread moving.

Making your own diving decoy is simple. It’s similar to a jerk string, but easier. First, take a highly visible decoy like a drake bufflehead and affix a small screw eye underneath the bill. Put a dab of epoxy around it as insurance. Tie a piece of tarred decoy line or heavy monofilament to a snap swivel, and attach the swivel to the screw eye. Then run that line back, through an anchor, and to your hide. If you’re hunting from a permanent blind and don’t have to haul it in but once, a cinder block works well. A boat anchor could work if you’re hunting by boat, and if you’re walking in, try a folding kayak anchor. If you are employing a lighter anchor, though, you might have to bury the flukes to counteract the buoyancy of the decoy. Wrap the cord around a piece of scrap wood for storage and to act as a handle when in use.

Position the diving decoy on the far edge of your spread, where it is more likely to be seen by ducks trading in the distance. When you spot a flock, begin tugging on the cord until the decoy is just under the surface, then let go of the line and let it slowly float back to the surface. The resulting wake will push the rest of your spread around, and it mimics the motions of a feeding diver.

I usually use this ruse when I’m diver hunting, but it works just as well in the shallows with mallard or other puddle duck decoys. Pulling on the cord just enough to dunk the head of the decoy will simulate the dabbling motion puddle ducks use when feeding. You won’t move as much water as you would by dunking the whole decoy, but you’ll create motion in a manner that probably isn’t so familiar to heavily hunted flocks. —Joseph Albanese

Many diver hunters like to get their decoys as far from shore as possible, but it’s a realistic ploy to cluster a dozen or so along the bank too. Feeding rafts of divers will often parallel a shoreline from a safe distance before seeing something they like. Then they’ll swim toward the bank, dive and feed for a bit, and trickle back offshore. They’ll frequently make several trips back and forth when they find a bank full of goodies—and a bank full of goodies is what your spread should communicate. —Will Brantley