Tips for Hunting Black Ducks in the Atlantic Flyway

Gunning the East Coast ghost of the tidal marsh 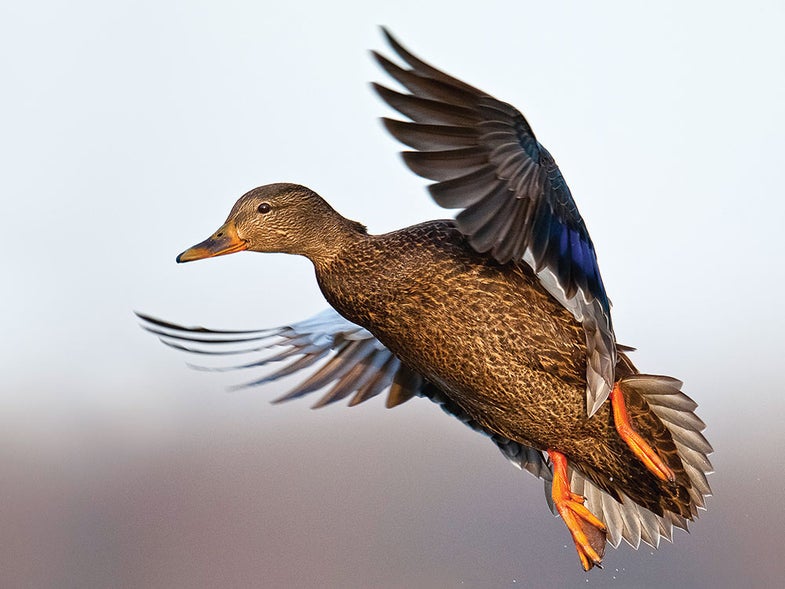 Another Pass: A black duck's wariness makes it a prize among serious hunters.. David Stimac
SHARE

In 2017, Atlantic Flyway duck hunters will get their first two-bird daily bag limit on black ducks in more than 30 years. Lawrence Mauck, a pro staffer for Banded, is from Rich­mond, Va., and has been hunting these notoriously wary ducks his whole life. “To many hunters,” he says, “shooting a black duck is special; it’s even better than shoot­ing a trophy whitetail buck.”

Black ducks have a limited geographical range. Though you might see one in a beaver pond in the Mississippi Flyway, they’re best known as denizens of the Northeast, particularly along the coast. Mauck hunts them on a tidal marsh that drains into the Chesapeake Bay.

“When I’m hunting black ducks specifically, I’m looking for a creek or marsh with connections to a larger body of water,” he says. “Black ducks share a diet with mallards, but you’ll see them on tidal marshes more often. At high tide, they’ll move up into the creeks. At low tide, they’ll sit on the mudflats and feed. And all of that habitat is within close proximity of big, open water for security.”

For black ducks, Mauck makes a few subtle changes to his usual mallard routine. “I don’t change my spread much. I’ll set maybe two black duck decoys for every six mallards,” he says. “But I do back off on calling. Black ducks seem to be a little warier than mallards. They’re thinkers—they’ll make pass after pass to study a decoy spread, so I usually call a little less and watch very closely how they respond. Getting a chance at a black duck is hard. They make you earn your shots.”