The Truth About Bullets, Caliber, and “Killing Power” 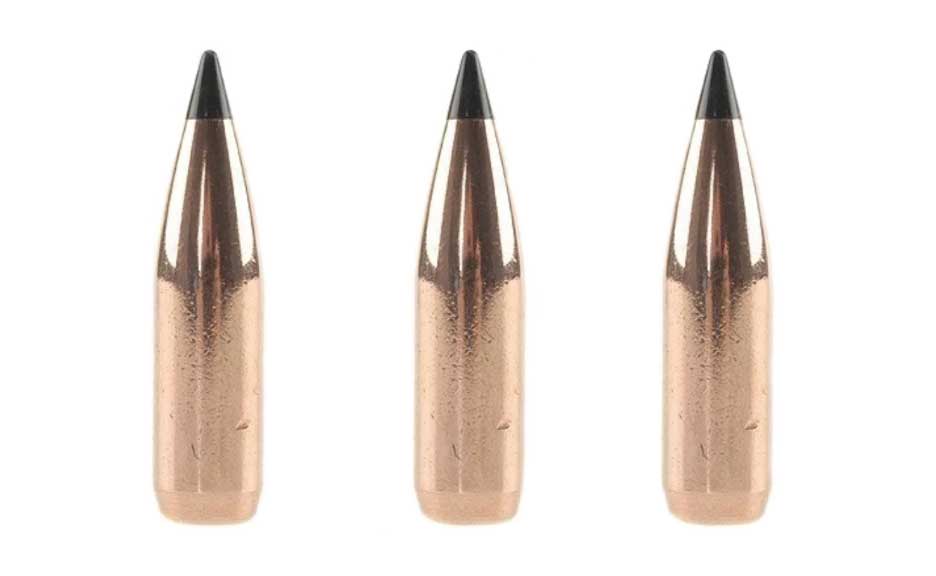 A while back, I visited with Jim Carmichel just before he was due to leave on a sheep hunt, and I asked which rifle he was taking, expecting to get an answer filled with the Wisdom of the Ages. “Whatever gun I’ve got ammo loaded for, I’ll take,” he said, leaving me starved for profundity. He ending up using his Clayton Nelson-built .280, a favorite of his, and he got a sheep with it.

The more hunting you do, as a rule, the more indifferent you become to the question of which cartridge is best suited for which animal. Eventually you realize that when shot, there’s no guarantee of what an animal may do. It may drop in its tracks, or run a little way, or run a long way.

In Zambia, in 1981, I had a .300 Weatherby Magnum and used factory ammo loaded with the old screw-machine 180-grain Nosler Partitions. We were hunting next to the Kafue National Park, near the Mulobesi River, an area with lots of open country where you could get long shots.

The first animal I shot was a hartebeest, which is about the size of a small bull elk. It was head on, and I took the only prone shot I’ve ever gotten in Africa. The animal simply vanished. The PH and the tracker thought I’d missed. We walked over to where the hartebeest had been standing, and there he was, stone dead. He’d gone down so quickly that he dematerialized.

From this, you could say that the .300 Weatherby kills hartebeest as fast as lightning, or perhaps a tad faster.

On that same hunt, I shot a sable (500 to 600 pounds) that was standing broadside. He showed no sign of being hit and ran like a cheetah for maybe 100 yards. Then he stopped, ran back to the precise spot where I’d shot him, and keeled over dead. I’d gotten him in the lungs. We did an autopsy and found that he’d been shot in the guts some time previously with a 300-grain .375 Winchester Silvertip that had expanded perfectly but not made it to the chest cavity.

The third animal in question on that safari was a roan, which is about the same size as a sable and, like the sable, is a very tough animal and one of the few antelope that believes in Payback. Even then the roan was a pretty scarce trophy, and the PH warned me that we might have to hunt our tails off to find one, so we left camp and drove maybe an hour, and there was a roan.

I don’t think he was more than 150 yards off, broadside but quartering just a little, so I got in the kneeling position and opened fire. He didn’t seem impressed, and the PH was likely to have a heart attack because it was probably the only roan we would see, and it appeared that I was missing him. I wasn’t. I fired, I think, four shots, and all four hit him in the shoulder or just behind it. He went down in a heap, having gone nowhere.

From this, you could conclude that the .300 Weatherby is a one-shot killer on sable, but not quite enough for roan, and that you’re going to have to send multiple rounds downrange.

All of this, of course, is nonsense. If you wished to draw some real conclusions about roan rifles, you’d probably have to shoot a couple hundred of the animals, and since a Zambia roan tag is now $9,500 (as compared to $750 in 1981), I would shake your hand, and wish you the very best of luck, and ask if you had any spare change.

“Killing power” is largely nonsense. What is not nonsense is how well you shoot. Right after that comes bullet construction, which is of major importance. Not bullet weight, or caliber, or ballistic coefficient, but construction. I am a pew-holding member of the Church of Strong Bullets. I believe in them devoutly.

If you’re looking for some kind of infallibility, the One Sure Thing I can offer is the .338. I’ve used it more in Africa, and also here, than just about anything else, and I’ve never seen anything, of any size, go more than 100 yards after being hit with it. I can give you no scientific reason.

The next time you read a gun writer going on about killing power, remember that gun writers have to eat too, and you can go only so far on government cheese.