Twenty-gauge turkey guns are already in, and with the introduction of Winchester’s new 20-gauge Long Beard XR ammunition, they are... 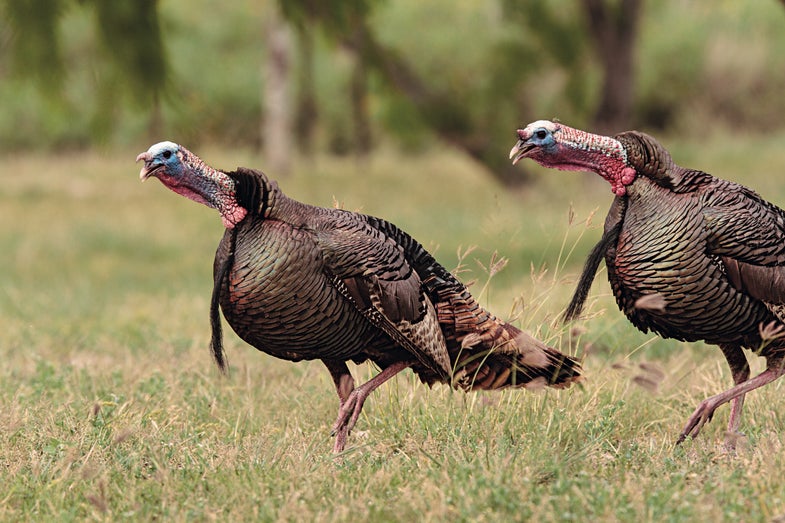 Twenty-gauge turkey guns are already in, and with the introduction of Winchester’s new 20-gauge Long Beard XR ammunition, they are about to get a lot more popular. Twenties have long been the guns of choice for young hunters and run-and-gunners who want to save every ounce of weight. In recent years, switching to a 20 has become a thing among turkey hunters in general. The one problem has always been that a 20 limits you to 30- or 35-yard shots with lead loads, or forces you to pay $4 to $5 per shell for Hevi-13 or Federal Heavyweight if you want to reach out beyond 40 yards, or even to 50.

With 20-gauge Long Beard, we now have a high-performance load that works almost as well as -tungsten-​iron at a cost of under $2 per shell. This means more hunters will give the 20 gauge a look, and they will like what they see. The guns are light and trim and easy to tote through the woods or maneuver inside a blind, and when loaded with the good stuff, they will kill turkeys at 12-gauge ranges without tearing your arm off.

Long Beard achieves its tight patterns by encasing pellets in an epoxy-like substance that shatters upon ignition and setback. Winchester engineer Steve Meyer had a eureka moment when he saw homemade hard candy hardening, and the idea came to him. Molten Shot-Lok material is poured into the shells during loading, then allowed to harden. When the wad is blasted down the barrel, the Shot-Lok casing shatters, forming little granules of buffer that surround every pellet, cushioning it from the forces of acceleration and the weight of other pellets crushing down on them. The shot remains round and flies true, and the resulting patterns rival anything put up by tungsten-iron loads.

There has been buffer before—-granulated plastic grex—and it works, but not as well as Shot-Lok, which more completely encases the payload. The results are dramatic. Put simply, Long Beard is the best lead turkey ammo ever made. As soon as it was introduced, Long Beard unseated Hevi-​13 as the go-to shell in the National Wild Turkey Federation Still Tar-get competition, a patterning test of equip-ment, ammo, and shooting skill. Until now, it was available only in 12 gauge.

This past winter, I was able to shoot some preproduction 20-gauge Long Beard 6s—a 11⁄4-ounce load with a muzzle velocity of 1100 fps. And although I shot them on a 19-degree day, when dense air opens patterns, they still delivered impressive results. At 50 yards, shot from my 870 Express with a .575 Carlson choke, Long Beard consistently put 80 to 85 hits in a 10-inch circle—which is one dead turkey. They outperformed Winchester Supreme grex-buffered lead 6s, which struggled to put 30 hits in the circle at that range. The Long Beard even put slightly more hits in the 10 circle than did 11⁄8 ounces of Hevi-13 7s from the same gun. On a warm spring day, Long Beard’s patterns will be even tighter.

But there is a catch: When I tested Long Beard 6s versus Hevi-13 7s for penetration, it was no contest. Hevi-13 penetrated three times deeper into a duct-taped phone book. Based on that, I’d say Long Beard No. 6 is a load for 40-plus yards, not quite 50, since pellets still need to break bones and pene-trate skulls when they hit a bird. Twenty-gauge Long Beard will also be available in No. 5 shot, however, and I suspect with the right choke that load will add a few yards to your lethal reach. Meanwhile, these new loads easily outshoot any other 20-gauge lead turkey load I’ve ever seen, and that’s major progress for the hunter who wants to walk the extra mile with a 20-gauge and still be able to shoot the extra yard when the time comes.

A whole flock of 20-gauge turkey guns are already on the market, starting with the popular Remington Youth 870 (now the 870 Compact) with a camo stock and fore-end, a matte bead-blasted receiver and barrel, and a plain bead on the rib. Ithaca has a 20-gauge TurkeySlayer Model 37 pump with a barrel fixed to the drilled and tapped receiver and excellent iron sights. Weatherby’s SA-459 Turkey semiauto comes in 20 gauge with a camo pistol-grip stock and a Picatinny rail. Mossberg offers the Model 500 pump in 20 and the SA-20 semiauto in camo turkey versions with fiber-optic sights. Winchester’s 20-gauge SXP turkey pump in camo was joined by an all-black model this year, and there is now a gas-operated 20-gauge SX3 Long Beard version, with pistol grip, sights, and scope base. Its name even includes a broad hint about what sort of ammo you should use in it. And if I were you, I’d take that hint if you hunt with a 20 this spring.

There comes a point in spring turkey hunting when you can keep calling to a gobbler or you can shoot him. Once a turkey is in clean killing range, I take the first good shot I get. Yes, I enjoy watching turkeys and calling to them, but in the back of my mind I’m always thinking, Why wait for something to go wrong? Hens might suddenly show up and steal your gobbler. Another hunter might stumble onto your setup. Malicious and/or clueless drivers might slow down to look at the bird and honk their horns. That’s happened to me twice on public land. We carry high-performance turkey guns and loads into the woods for a reason. Use them.