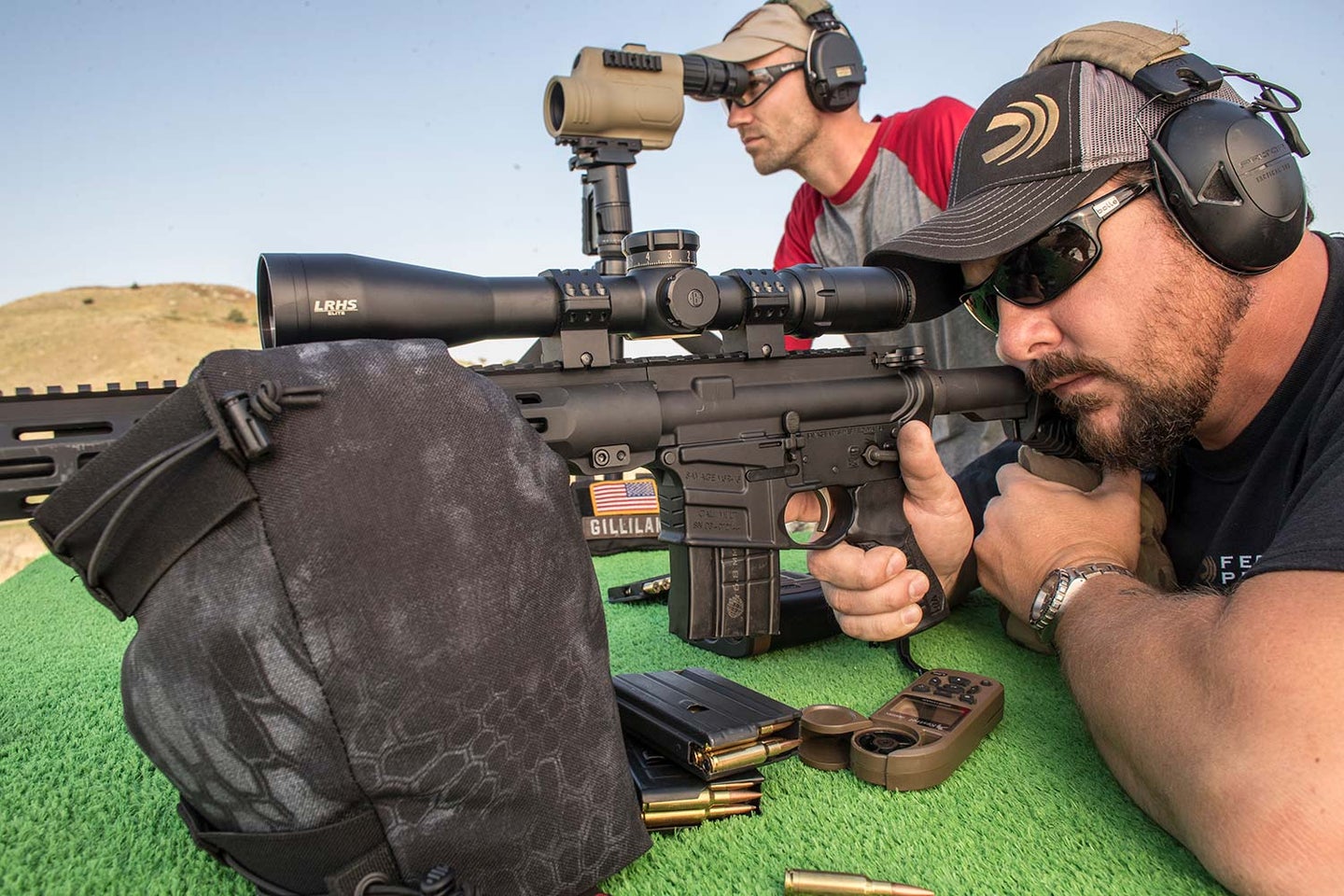 If you’re looking for something new to worry about besides the Heartbreak of Psoriasis or Bad Breath in Dogs, try spin drift and the Coriolis Effect. There are two kinds of spin drift. One is nautical and refers to foam being blown off the ocean in a wind that measures Force 8 on the Beaufort scale, which means you’re probably going to drown in the next few minutes.

The other meaning is far more serious and refers to the tendency of a bullet to drift either left or right, depending on the direction of its rifling twist. For example, my .308 target rifle has a 1-10 right-hand twist, and to get it to hit dead on at 300 yards, I have to sight it in .5 inch to the left at 100. This means the bullet spins 1.5 inches to the right at 300.

To hunters who take shots within sane distances, this is not a consideration. Who cares if your bullet hits a hand’s breadth wide at 300 yards? However, if you move out to 600, you’re now looking at 4.5 inches of drift. This is without the benefit of wind, which can add to the problem. And if you’re shooting in competition, where there is no margin for error anywhere, going wide to any degree is a problem.

Then there’s the Coriolis Effect. There are plenty of breathtakingly unclear explanations* of what causes this phenomenon, but suffice it to say, in the Northern Hemisphere, the rotation of the Earth causes toilets to flush in a clockwise direction, cyclones to twist clockwise, lost people to wander in a clockwise circle until they die, and bullets to drift to the right. In the Southern Hemisphere, everything is reversed.

The bottom line is, if you want to shoot past 300 yards and don’t get out with the paper targets and see how all this stuff affects you, be advised that there is a side effect. It’s called “missing.”

* I have often alluded to the copious quantities of misinformation available on the Internet. In one piece on the Coriolis Effect, the writer alluded to rifle barrels shrinking as they heated up, thereby increasing velocity. Sorry, it’s the opposite. They expand as they heat.