Walmart and Kroger Are Changing Their Gun and Ammo Policies. Here’s What You Need to Know

Both retailers have asked customers to stop open carrying and Walmart will soon pull handgun ammo, .223, and more. 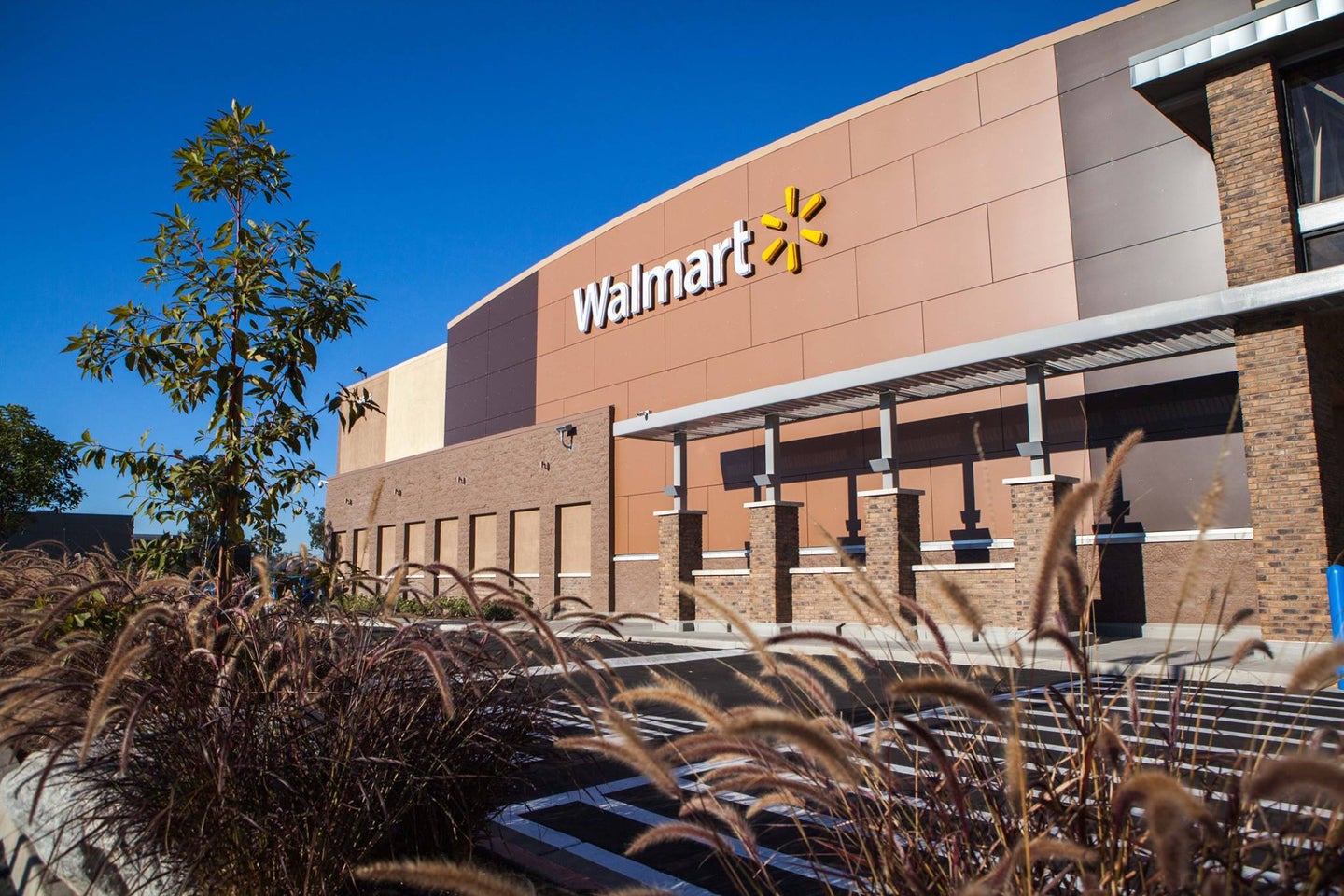 In the wake of recent high-profile shootings in Texas and Ohio, retail giants Walmart, Sam’s Club, and Kroger have changed their policies regarding ammunition and gun sales as well as open carry in their stores.

● “After selling through our current inventory commitments, we will discontinue sales of short-barrel rifle ammunition such as the .223 caliber and 5.56 caliber that, while commonly used in some hunting rifles, can also be used in large-capacity clips on military-style weapons”

● “We will sell through and discontinue handgun ammunition”

● “We will discontinue handgun sales in Alaska, marking our complete exit from handguns”

These announcements are not the first time Walmart has changed its policies regarding gun and ammo sales. In 2015, the retailer removed AR-platform rifles and handguns (except for Alaska) from its inventory, citing poor sales. But it was the company’s policy change in 2018 to only sell guns to people 21 or older that drew wider criticism and resulted in ensuing court battles in some states.

Walmart also requires a “green light” on background checks, while federal law only requires the absence of a “red light,” and the retail chain records the point of sale for firearms on video. Additionally, firearms can only be sold by certain trained sales associates.

The company acknowledged in a release that its new policies will “inconvenience some of our customers, and we hope they will understand.”

Currently, the company estimates their market share of ammunition sales to be around 20 percent and expects it to drop to 6 to 9 percent.

Walmart says it will, however, still continue to sell “long-barrel deer rifles and shotguns, much of the ammunition they require, as well as hunting and sporting accessories and apparel.”

The company also issued a statement that they “are respectfully requesting that customers no longer openly carry firearms into our stores or Sam’s Clubs in states where “open carry” is permitted—unless they are authorized law enforcement officers,” and that “[a]s it relates to concealed carry by customers with permits, there is no change to our policy or approach.”

According to the United States Concealed Carry Association’s website, it is currently legal to open carry in 45 states.

While the company has not specifically stated what will happen to a customer who is seen lawfully exercising the right to open carry in one of their stores, it says store personnel “will treat law-abiding customers with respect, and we will have a very non-confrontational approach.”

Walmart and Sam’s Club CEO McMillan noted that company founder Sam Walton was “an avid outdoorsman” and that he himself is a gun owner, but that “we believe the reauthorization of the Assault Weapons [B]an should be debated,” and “[g]iven our decades of experience selling firearms, we are also offering to serve as a resource in the national debate on responsible gun sales.”

With the announcement, there is an expected boom among independent gun shops that hope to capture the chunk of the ammo market soon to be vacated by the big box superstore.

Roger Ramey, store manager for Middletown Firearms in Middletown, Virginia, works for one of the many smaller shops that anticipates Walmart’s new policy having a positive impact on their bottom line.

“It’s a good thing for us—we have a better selection, that’s for sure,” Ramey told Range365. “It’s a shame when someone turns their back on the Second Amendment, but I believe it will help the other smaller shops.”

Ryan Fulmer, owner of RF Firearms in Sayre, Pennsylvania, near the New York state border, says the Walmart policy change will be good for local shops, but bad for shooters in some places where the retail giant has already displaced local businesses.

“I believe it will be good for the small shops, from everything I’ve heard from my customers over the past two days,” Fulmer said in a phone interview. “And I have customers that weren’t even shopping (at Walmart) for sporting goods saying they won’t even go there for retail now. Where I’m located, I don’t know where (most people) are going to go, because Walmart’s all that’s left.”

Fulmer added that being near the state border could be advantageous for his shop.

“In New York state, you can’t buy ammo online, you can’t have it shipped to you, so I’ll see more of that,” Fulmer said. “It will be different from state to state how much of an impact this has, but in Pennsylvania, you’ll see more people trying to get it online now and hitting the local gun shops.”

Meanwhile Kroger, the second largest grocery chain in the U.S., has seemingly followed Walmart’s lead and also issued a statement regarding open carry in its stores.

“Kroger is respectfully asking that customers no longer openly carry firearms into our stores, other than authorized law enforcement officers,” Jessica Adelman, group vice president of corporate affairs, told CNBC on Tuesday. “We are also joining those encouraging our elected leaders to pass laws that will strengthen background checks and remove weapons from those who have been found to pose a risk for violence.”

Just like Walmart, Kroger has not announced exactly how they will handle a customer who is legally openly carrying a firearm in one of their stores.

This is not Kroger’s first change in policy regarding guns and ammo sales that aligns with Walmart’s. In 2018, the company—which also owns Harris Teeter—announced that their Fred Meyer chain of stores would not sell guns to people under 21.

They subsequently decided to cease sales of guns and ammunition in their stores entirely.

From the Second Amendment Rights Side

As expected, Second Amendment rights organizations spoke out against the announced changes.

“The strongest defense of freedom has always been our free-market economy. It is shameful to see Walmart succumb to the pressure of the anti-gun elites,” the NRA said in a statement.

“Lines at Walmart will soon be replaced by lines at other retailers who are more supportive of America’s fundamental freedoms,” the statement continues. “The truth is Walmart’s actions today will not make us any safer.

“Rather than place the blame on the criminal, Walmart has chosen to victimize law-abiding Americans. Our leaders must be willing to approach the problems of crime, violence and mental health with sincerity and honesty.”

Gun Owners of America Senior VP Erich Pratt told Ammoland.com in an email that Walmart’s decision to restrict gun and ammo sales “will have the opposite effect and will not make people safer.”

He went on to dig into the hazy “short-barreled rifle” language in the company’s statement.

“It is disappointing to see Walmart ignoring the fact that guns are used more often to save lives than to take life…Moreover, their statement that they are discontinuing the sales of ‘short barrel rifle ammo’ is just amateurish, because there is no such thing as ‘short barrel rifle ammo.’ There is just ammunition. And any ammo that can fit in a ‘long-barreled rifle’ can also fit in a ‘short-barreled rifle.’”

“Speaking of ‘short-barreled rifles,’ any rifle that has a barrel of less than 16″ is considered an SBR (a Short-Barreled Rifle) and is HIGHLY REGULATED by the Federal Government under the NFA (National Firearms Act). I believe that I can accurately say that there is NO WALMART IN THE NATION that is selling SBRs. So, it seems that the people making the policy decisions at Walmart have virtually no familiarity with firearms or ammunition,” Pratt said in the email.