A light, simple answer for avoiding slips and injuries while walking on hard-water 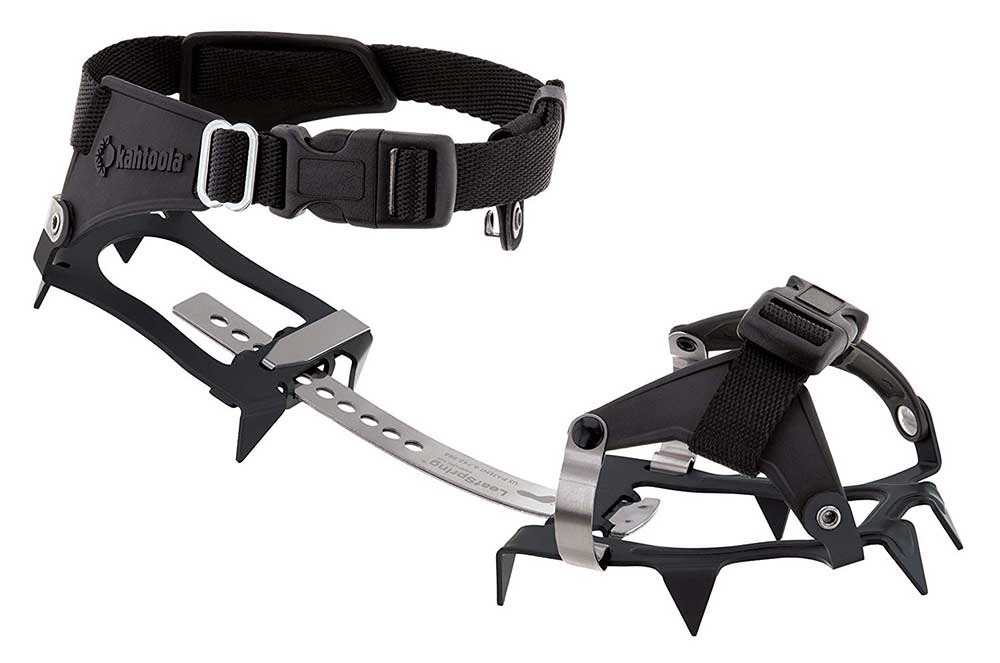 This is a strange subject for a shooting blog, and a strange time to be posting it, considering that winter is nearly over, but what the hell.

Over the past few years, the problem of falling on ice has intruded itself in my thoughts. To wit:

My next-door neighbor, who was a year older than I am, fell on the ice and died from effects of the fall.

A friend of mine who works at Cabela’s came to work very early a couple of years ago and fell on the ice. He broke five ribs and did all sorts of other damage. It was a bitter cold morning, and he remembers lying there, unable to move, wondering if someone would find him before he froze to death. Someone did, and it took about a year and several surgeries to undo the damage.

Our deer hunting camp was shut down this year after a day and a half after everything iced over and six geezers slipped and fell. “Enough is enough,” said the camp manager, “I’m not waiting until we have to call in a Medevac helicopter for a fractured pelvis.”

At my rifle range, the Chief Range Safety Officer sent an e-mail to everyone advising us that if we wanted to shoot, we would have to wear ice cleats.

And so it goes. If you’re young, falling on the ice can be funny…unless you break a bone. If you’re no longer young, it can be the last thing you do on Earth. If you fall with a gun at any age…

The answer is ice studs or ice cleats. Studs are useful for walking to your mailbox. Usually, they come imbedded in a rubber web that’s supposed to fit your boot. I’ve found that if you’re walking on snow with ice under it, they don’t help much because they’re not long enough. You won’t get more than a couple of seasons out of them before the rubber rips. Also, they may fit shoes, but not boots. They are, however, cheap.

For serious traction, cleats are the way to go. However, until very recently I never found any that would stay in place if the walking got serious. Now, I believe I have. They’re Kahtoola K-10 Hiking Crampons, and I got mine from Kenetrek Boots (kenetrek.com/collections/boot-accessories). They’re light, simple, do not slip or slide on the boot, and will probably last a lot longer than you will. Each crampon has 10 ¾-inch steel spikes, and these suckers are sharp. When you step, you hear a crunch, and look down, and there’s splintered ice all over the place. There’s one size, and it will fit hiking boots or Kenetrek Pac Boots. I don’t think they’ll fit on insulated rubber boots. The price is $99.95.

I think from now on I’ll include these in my duffel bag. It beats lying on the ice wondering how long it will be before you freeze to death.