What Makes This .45 Colt Single Action So Rare?

This week’s “Blast From the Past” is one of 1,500 that were manufactured 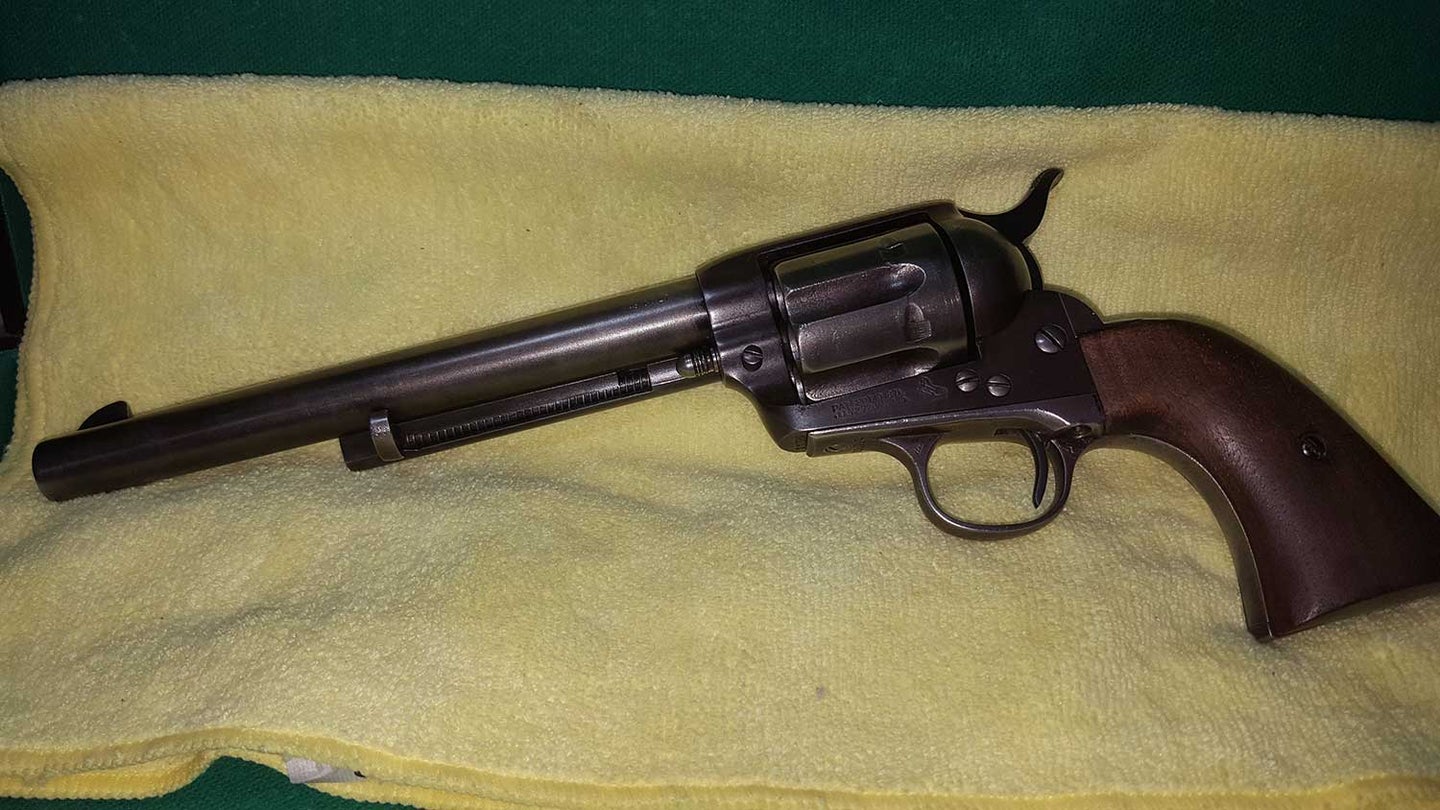 Nader writes: “I wonder if the attached .45 Colt Single Action qualifies as rare or unusual. I believe there were only 1,500 made with the long flute cylinders.”

From 1913 to 1915, Colt made a batch of single-action Army revolvers, serial numbers 330,000 to 331,480, using cylinders left over from the discontinued Model 1878 double-action guns. With a little extra machining, the 1878 cylinders could function in the SAAs. The long flute SAAs are identifiable by the long flutes in the cylinders, obviously. They also received extra polishing, resulting in a finish known as “fire blue.” Long flute SAAs were made in .45 Colt, .38-40, .32-20, .41 Colt, and .44 S&W Special in barrel lengths from 4 inches to 7 ½ inches.

Nader goes on to say: “The colt archives say three of this type [finished with a double action cylinder of long flute configuration] were shipped to Sears and Roebuck on September 27, 1913. I can proudly say it is in excellent condition considering it is over a century old.”

Handguns
Blasts From the Past
Fall
Shooting
Spring
summer