What To Look for in the Perfect Pheasant-Hunting Shotgun

From gauge and action to chokes and fit, these are the qualities our shotguns editor looks for in a rooster gun 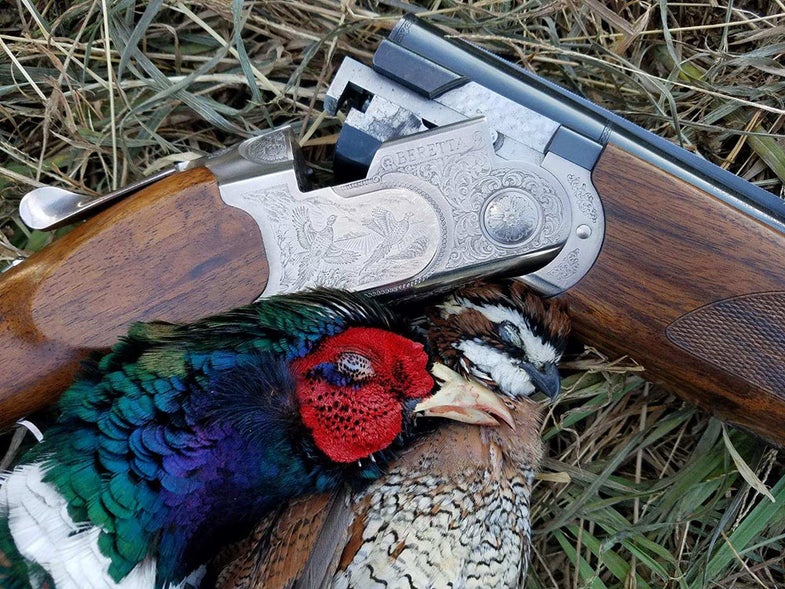 The author recently killed a pheasant, and a quail, with his Beretta Silver Pigeon III. Phil Bourjaily
SHARE

Steve Grooms, who wrote some good books about pheasant hunting, wrote of his SKB 500 O/U words to the effect of, “It does as good a job of executing my intentions when a pheasant is airborne,” as any gun he had ever tried. Therefore, it was his forever pheasant gun.

That’s how I feel about this Beretta Silver Pigeon III. It is the gun I take when I want to be sure I kill what I point it at, and I shoot it as well as any that I own (most days, at least; there should be three more quail in this picture). It has all the qualities I want in a pheasant gun, which can be broken down as follows.

The Best Gauge for a Pheasant Shotgun

This gun is a 12-gauge. Not that 16s and 20s don’t make fine pheasant guns, because they do, but pheasants are tough, and if I hit a bird that keeps going (that happens with pheasants), I like to know that it wasn’t because I didn’t shoot the bird with enough gun.

The Best Action for a Pheasant Shotgun

O/Us are my favorite because they are easy to pop open when I cross a creek or a fence, or to check the muzzle for obstructions on snowy days, and I like to carry a gun broken open when I’m not actively hunting. Much as I like double guns, I seem to shoot O/Us better, and I think the narrower sighting plane—not that we aim our shotguns—is nonetheless slightly better suited for shooting birds against wide-open backgrounds as we do in pheasant country. As for giving up the third shot, I felt that more keenly when we had tons of pheasants years ago, and it wasn’t uncommon to shoot both barrels, open the gun to reload, and have another bird flush at your feet. Most of the time now, though, two shots are enough.

Use The Right Chokes in Your Pheasant Gun

I go with Improved Cylinder in the bottom barrel, Improved Modified in the top. IC is good for the average first shot, from 20 to 30 yards. IM gives me confidence that I can put a lot of pellets on a bird that needs a follow-up or is out there a bit.

The Best Barrel Length for a Pheasant-Hunting Shotgun

My gun has 28-inch barrels, which give it a little weight forward for more deliberate shooting and some heft for crossing shots. Pheasant hunting doesn’t require a gun that mounts quickly.

Weight, Fit, and Point of Impact

The gun weighs a little over 7 pounds—light enough to carry, heavy enough to shoot well and absorb the recoil of a 1330-fps, 1 ¼-ounce lead load, or its equivalent in steel. The gun is a good fit and it shoots fairly flat, which seems to work best for me even though I don’t believe in covering rising birds with the barrel.

Read Next: The 50 Best Shotguns of All Time

I have never had a lick of trouble with this gun. Also, when I fell on it, my arm broke and the gun didn’t, so it’s clearly tougher than I am and that’s all the durability I need in a gun. I got a ridiculous deal on it used, and the previous owner had put just enough dings in the walnut that I don’t mind hunting hard with it and putting in a few more.