Which Matters More, the Gun or the Ammo?

When guys talk guns and ammo, in my experience the ratio is about 95 percent guns and 5 percent ammo.... 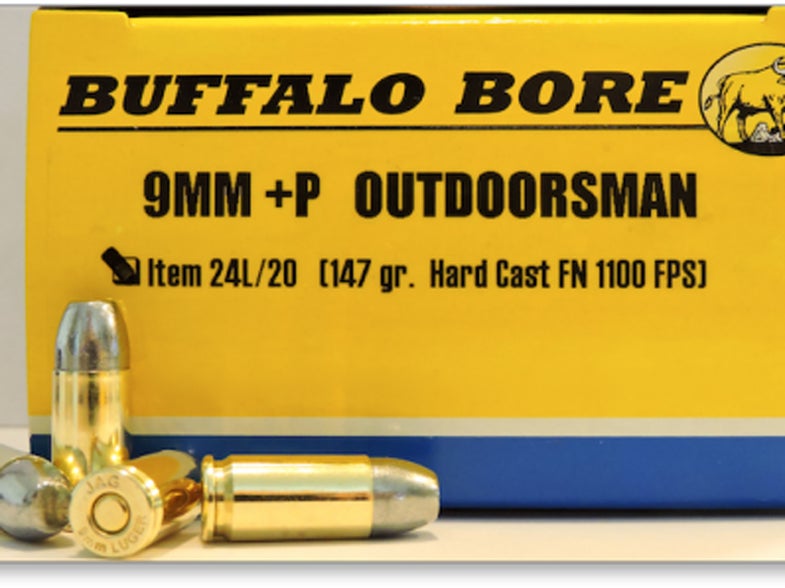 When guys talk guns and ammo, in my experience the ratio is about 95 percent guns and 5 percent ammo. Phil Shoemaker, longtime gun writer and Alaskan hunting and fishing guide, thinks this is a mistake. As he points out in his writing, it’s the bullet that does the work. And when the bullet has to work on dangerous game at distances of, say, 6 to 8 feet, you really want it to work.

Over 33 years in Alaska, Shoemaker has been false charged by grizzlies more times than he can count. He had never had to shoot an unwounded bear to protect himself or clients until this past August. When it happened, it happened fast, at close range, and he was carrying a Smith & Wesson DAO 9mm pistol. That’s right, a 9mm.

Phil describes his gun choice in an American Hunter article he wrote about the incident.

He was with two fishing clients. As the three of them were walking, the long grass and dense brush around the stream limited visibility. Apparently they awakened a sleeping bear. They heard a deep growl and a woof. Fifteen seconds later, the bear went straight for Phil’s clients. The pair fell backwards before the bear got to them. Phil waited until he could shoot without endangering his clients. The bear was 3 feet from them when Phil started shooting. His first shot was to its neck. The bear spun toward the impact. Shoemaker wanted to shoot it in the head, but it was moving so fast his only option was to fire each time he could hit a vital area. He shot six times before it turned to run off. His seventh shot was to its pelvis as it ran. It dropped within 6 feet of the final shot. Having just one round left, Shoemaker decided not to walk in and finish it off.

Long story short, everyone came out okay. Was Phil Shoemaker lucky? Sure. But you’d need more than luck to survive an encounter like that—and a number of others Phil has had. You’d need experience, knowledge, and the ability to keep your cool under the scariest of conditions. And you’d need the right ammo. Phil’s pistol was loaded with Buffalo Bore 9mm +P Outdoorsman 147-grain FN hard-cast loads.

Hindsight is 20/20, maybe better. And in the American Hunter comments, there are armchair experts second-guessing his choice of the 9mm. But I’ve tagged along on a bear hunt with Phil. When it comes to firearms and bullets, he doesn’t leave anything to chance. As he wrote, “I had previously tested, compared and proven such loads with my .357 and .44 mags., and I was convinced they would work.”

I’m not going to argue with the guy.