Why New Zealand is the New Wild West of Waterfowl Hunting

Hunting kiwi ducks is a bucket-list adventure for hunters 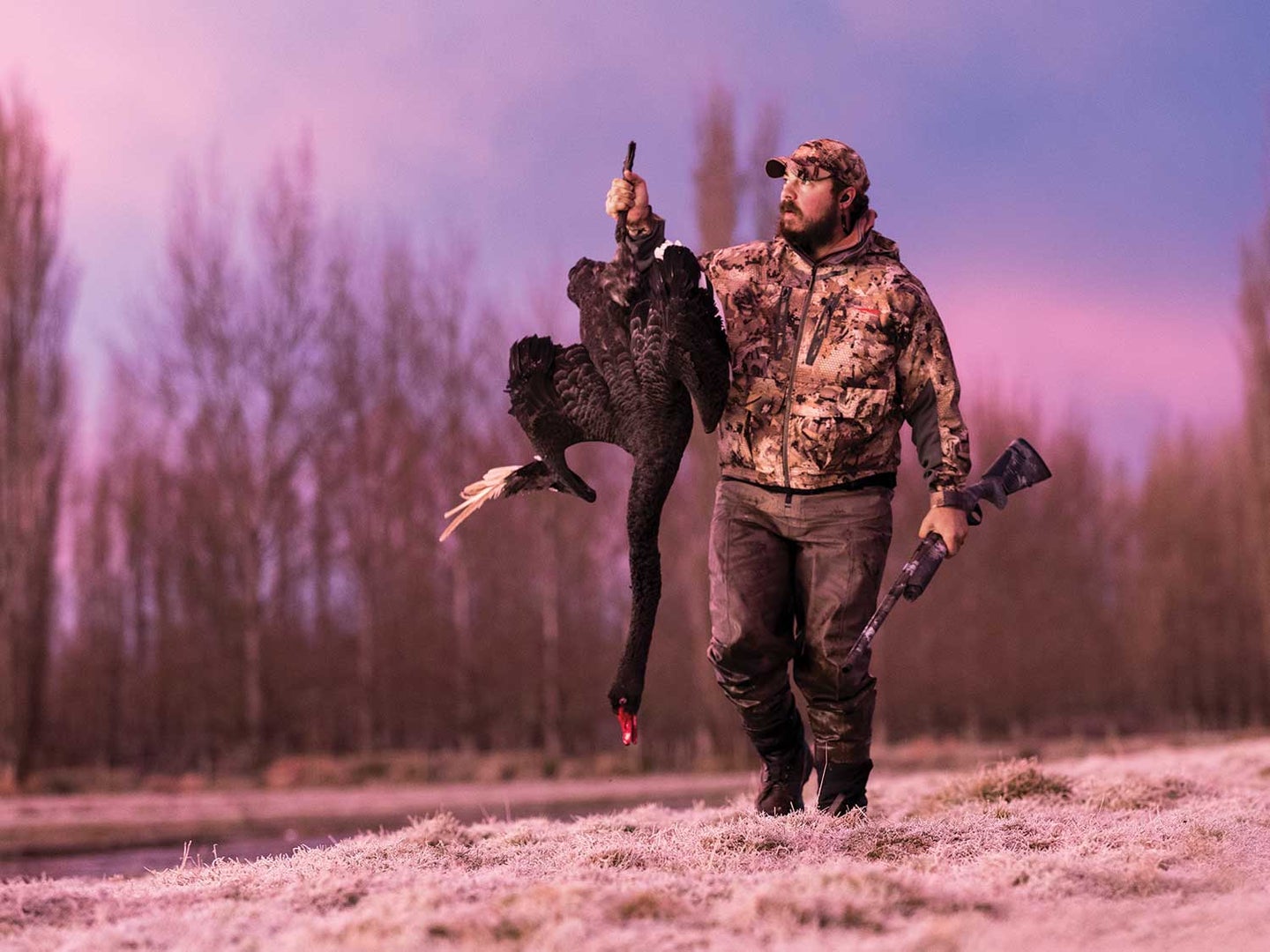 I swung just past the bird’s head, pulled the trigger, and immediately thought, Oh crap.

Not because I had missed, but because the swan I’d just knocked out of the sky was now sailing toward our blind. A mallard dropping onto your head is a hazard. Falling geese have cold-cocked grown men. But an adult black swan plummeting into your lap would be like getting walloped by a runty Labrador. I shielded my head to hollers from the other hunters—half warnings, half whoops—as the 20-pound bird thumped into the muck beside our A-frame.

I checked for more birds before setting down my Benelli and stepping out of the blind. The swan was monochrome except for the red of its beak, eyes, and a little blood: black plumage, white flight feathers, webbed gray feet. I hoisted the bird from just below the head, and its long neck unraveled like a garden hose. Strange as the bird was, it seemed stranger that I could legally shoot four more that day if I wanted.

If you’ve ever wondered what waterfowling was like in the days before strict regulations, you don’t need a time machine. You just have to get to New Zealand. That’s no short order either, because reaching the island nation takes a minimum 15-hour flight at a hefty ticket price. But those who make the trek will find public land, relatively little hunting competition, and 50-duck limits.

Though mallards and Canada geese abound, the species that lure heat-struck hunters south for the summer are the birds they’ve never seen before: grey ducks (a subspecies of the Pacific black duck), Australasian shovelers, and most striking of all, the paradise shelduck. Baiting is legal but wholly unnecessary. Our party of 10 stuck to small spreads and spinners, and most days we hunted from a portable blind that stood out like a VW bus—and the ducks still bombed in.

The hunt was otherworldly, both in scenery and species. Most bizarre of all wasn’t the bucket-list birds, but spending a rainy day half-submerged and mostly frozen in a muddy farm pond, shouldering my shotgun and dropping a spoonie with a splash, right in the middle of July.