Why the Next War Will Be Fought with Bullpups

For an infantry rifle, short is good and shorter is even better 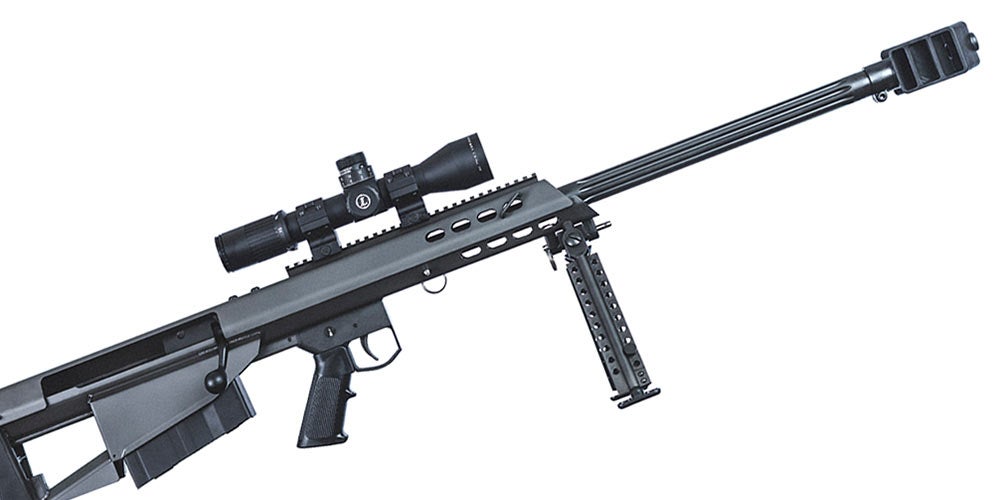 It’s quite likely that in the next few years, a new infantry rifle will end the half-century run of the M16 and its descendant, the M4A1. So, it’s time we look at a design whose time seems to have come—the bullpup. A bullpup is a rifle whose trigger is placed ahead of the action and almost always, ahead of the magazine.

The advantage to bullpups is that they are much shorter than conventional rifles, but are able to employ proportionately longer barrels. In the military, it’s been proven that short is good, and that very short is even better, thus our switch from the M16 to the M4A1 carbine.

No one knows where the term bullpup comes from. There were civilian bolt-action bullpups being made in the 1950s, but they never caught on, probably because they are ungainly-looking and ugly. In addition, for a left-handed shooter to fire a bullpup, he must have a left-hand action, or at least a left-ejecting action, or he will be fishing hot empties out of his left ear. Then there’s the safety factor. Since the chamber is right alongside your head, if there is a catastrophic failure you’re likely to lose a chunk of your skull rather than than a hand and perhaps an eye or two.

But the advantages were obvious, and there were bullpup experiments as early as World War II. The breakthrough came in 1977 with the adoption by the Austrian Army of the Steyr AUG (Armee Universal Gewehr, or Universal Army Rifle). The AUG is a brilliant design. The rifle is light, short, accurate, and can be altered by the user to left-hand ejection. It’s reliable, and can be easily converted from an infantry rifle to a carbine to a machine pistol to a sniper rifle to a squad automatic weapon–all this by merely swapping out barrels, sights, and trigger groups.

Rather than equip the infantry rifle with iron sights, Steyr opted for a 1.5X scope made by Swarovski. (This was something like 30 years before U.S. armed forces recognized the superiority of optical sights over iron and got around to supplying the ACOG to soldiers and Marines.) I’ve shot an AUG, and if there is an easier military rifle to hit with, I don’t know what it might be.

Today, twenty armies, more or less, use either AUGs or bullpups of their own design, and if you include special operations units and police forces, the list grows much longer. The U.S., which is usually badly behind the curve in small arms procurement, is stocking the Barrett M95 and XM500, both bullpups and both sniper rifles.

Unlovely the bullpup may be, but it’s undoubtedly the infantry rifle of the foreseeable future.