Why We Have Too Many Rifle Cartridges

We accumulate cartridges faster than we phase them out 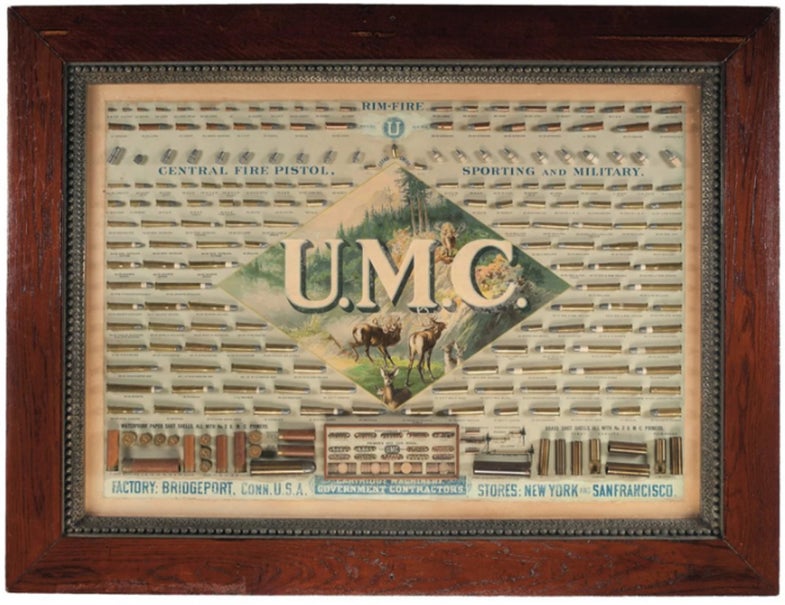 We had way too many choices in the 19th century, as we do now. From a Rock Island Auction sale via liveauctioneers.com
SHARE

This was prompted by a most excellent article in the latest American Rifleman on the new 6mm Creedmoor cartridge, written by the old Craig Boddington. Craig said that we certainly have enough rifle rounds, and that while the 6mm Creedmoor is a good one, the addition of more is not necessarily a cause for rejoicing.

How many cartridges are there? I looked at several websites and discovered that no one has made an actual count. There are several lists, but just reading them caused me to break into a cold sweat. The number is probably something like 10 to the 12th power.

(Years ago, an editor of Field & Stream asked me how I kept track of all of them. I answered that I no longer could, or cared to, and that memorizing the roster was something that had to be done in childhood, when the brain is still flexible.)

Too many cartridges is nothing new. If you look at a cartridge board from the 19th century, you’ll see all sorts of redundant rounds. Back then, they had strange, mellifluous names. There was the .40/63 Ballard Everlasting and the .40/70 Ballard Everlasting; the .44/95 Peabody What Cheer, and the .44/100 Peabody What Cheer. My favorite remains the .22 Velo Dog, which was a handgun cartridge designed for shooting annoying curs while pedaling your bicycle.

Cartridges are created because the firearms industry, like any other industry, is forced to come up with “new” stuff and make noises like it is nothing less than the rising of the sun. Gun writers, needing something to write about, go along with this. The shooting public sometimes buys into it and sometimes doesn’t.

Some cartridges are designed to fulfill a particular need, but that need diminishes over time and they become less than necessary but refuse to go away. The .220 Swift leaps to mind. It was born in the heyday of woodchuck shooting, but the woodchucks have fled from the pastures to the woods courtesy of the coyotes, and the Swift is too powerful and too expensive for popping away at prairie dogs, which everyone now does with the .223 and the various horrible .17s.

Then there are rounds such as the .257 Roberts and the .25/06, both of which are wonderful, but come out of a time when the “dual-purpose” cartridge—one that you could use on big game and varmints—was much in vogue. The same applies to the .243 and the 6mm Remington. Their only real use now is as low-recoil deer rounds. Lots of people hunt deer with the .243, but not many with the 6mm Remington, which I have always felt is a better cartridge, but which Remington has never done a good job of selling.

Some cartridges rise to great heights because of the guns chambered for them. The .30/30 started out as a veritable barn-burner, but was quickly put in the shade by much faster rounds. However, it arrived during the lever action’s peak, and Winchesters and Marlins sold in such overwhelming numbers that they carried the .30/30 along with them.

The .223 was not a likely candidate for the No. 1 slot, but that’s where it ended up. When it appeared in 1965, we already had the .222 and the .222 Magnum, and there didn’t appear to be much reason for the .223’s existence, except for the fevered imagination of Army Ordnance.

I think that much of its success lies in the fact that there is tons of cheap ammo around, and people tend to buy it by the bushel, both to shoot and to hoard. This can also account for the presence on the best-seller list of the low-rent 7.62×39 Kalashnikov round. It’s undistinguished as far as accuracy goes, and it’s not nearly as powerful as a .308, but people who have faced it while in uniform speak of it with the utmost respect, and sukin sin, is it cheap.

Some cartridges hang on because there are so many rifles chambered for them still in use, and because they have proved so useful for so long, that people simply will not let go. Largely these are military rounds. They include the 6.5×55 Swede, the 7×57 Mauser, the .303, the 7.92×57, and the 7.62×54 Russian. They’ve all worked splendidly for over a century, and will still be around when we’re shooting things with phasers.

Once in a while, there’s a real void, and someone with the brains to see it and design a cartridge to fill it. One of these voids was the yawning chasm that existed once you ventured past the .357 Magnum. In 1955, Remington and Smith & Wesson came out with the .44 Magnum and the Model 29 revolver, which in turn brought forth Dirty Harry Callahan, and nothing was ever the same.

Then there was the gap between the .30-caliber cartridges and the .375 H&H, which was highly effective on big animals, but which kicked a lot and was no great shakes at long range. In 1958, Winchester presented us with the .338, which was the perfect intermediate round. It was an ideal combination of crushing power and manageable recoil, and when loaded with light bullets, could be used out at 300 yards or farther.

Or the .458 Lott, which was developed by gun writer Jacques Lott, who hunted a lot in Africa and had a dismal opinion of the .458 Winchester. The .458 was supposed to replicate the ballistics of the .470 Nitro Express—500 grains at 2,150 fps—but was not up to the job. Lott reasoned that if he used a longer case and stuffed in more powder, he could get considerably more horsepower.

This is what he did, and the cartridge that bears his name fires 500-grain bullets at an honest 2,300 fps. It is extremely effective, and I see a lot more Lotts in Africa now than I do standard .458s. So the Lott has gone from wildcat to factory cartridge, and buffalo everywhere are mooing and bellowing in fear.

I could go on, but I think it’s best to close on the reminder that our plethora of cartridges is not based on what we need. It’s based on the fact that this is a hobby, and hobbies are supposed to be fun, and there are few things that a gun nut enjoys more than a good cartridge argument.