Madness and Futility at the Muzzle

Why you should not tinker with your rifle, with two exceptions (and a couple of addenda) 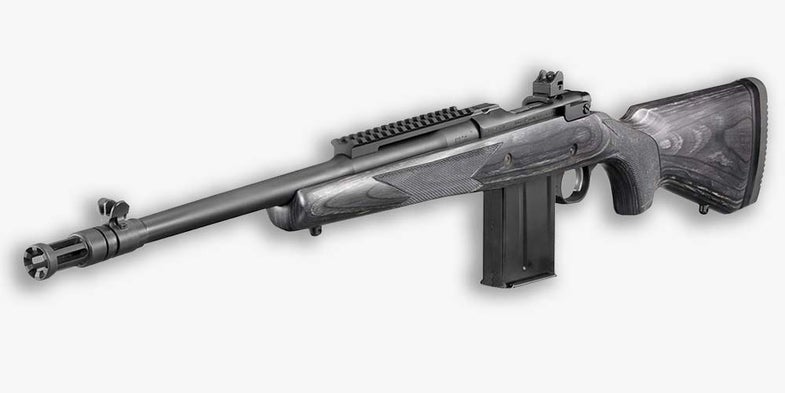 In my post of July 9th, I speculated that I might remove the flash hider from my .308 Ruger Gunsite Scout. (Technically, it’s a flash suppressor, but use the s-word and people think you mean “silencer,” which it ain’t.) My reasons were unclear. The thing irritated me vaguely, and added 2 inches to the barrel, and I had the irresistible urge to tinker, which seems to be nearly universal among American shooters.

I won’t pass along any advice on how to remove it, because that would not be doing anyone any favors, but remove it I did, and it was a mistake. The flash hider, it seems, not only hid flash, but also served as kind of a barrel tuner, much like Browning’s B.O.S.S. Without it, my five-shot groups went from .800 to over 2 inches, and the point of impact shifted 4 inches down and 2 to the right. In other words, I had screwed up one of my most accurate and consistent shooters, but good.

I re-installed the flash hider, took the GSR back to the range, and was vastly relieved to see that it went back to shooting as before. If I’d really wanted to get rid of the flash hider, I would have had to replace it with a thread protector what weighed the same amount. And even then, who knows?

The urge to tinker is pernicious, and must be fought. Looking back on decades of “improvements” I’ve made to firearms, I see that I’ve spent a good deal of money and accomplished very little.

Really, there are only two areas where whatever you do is likely to be an improvement: One is triggers; the other is iron sights. Both my GSRs have Timney triggers, and in both cases they are a massive improvement over what the factory provided. There are a lot more good factory triggers around than there used to be, but there are also a lot of dogs, and spending the money to send one of these canines to the pound is well worth it.

As for sights, there is a particularly interesting example, on a rifle at the Cabela’s Gun Library, of a sight not to keep. It’s on a .505 Gibbs made by Granite Mountain that carries a price tag of $15,000, reduced from $17,000. The .505 is the bolt-action equivalent of the .500 NE, a stopping cartridge supreme, and this rifle was about as nice a Gibbs as I’ve seen. Granite Mountain really did this one properly, and if I were right- handed, and going to mess with old Nyati any more, I would find a way to buy it.

The only thing wrong with the rifle is the front sight. It’s a tiny brass bead, which might be suitable for shooting at paper targets if you wished to do so with a .505. Tiny brass beads are not meant for picking up large, rapidly moving objects in poor light in a fraction of a heartbeat when you have grievously offended said object and it wants to ram a horn up your Old Wazoo. No, the proper front sight for a stopping rifle is a big ivory or gold bead, or a fiber optic sight.

Why go with a tiny brass bead? Because that’s what the London gunmakers used, because their clientele apparently had a strong collective death wish. The less lunatic among the former provided a big, hinged ivory bead that popped up in front of the brass one when things were for real. Great big white or read beads, or fiber optic sights from New England Gun Works, cost $26 to $40, so if you’ve already spent $15,000 on the rifle, go ahead and put out half the price of a tank of gas for a usable front sight. That’s a real improvement.

And: I note that Cabela’s has four Remington Nylon 66 .22s available…for $400 to nearly $600. The original price of the rifle, when it came out in 1959, was $49.95. The 66 was in production until 1989, and is one of the great .22s ever made. It’s also one of the best prepper rifles in existence. I’m gratified that people still appreciate how good it is, and not surprised that Remington has not made it for years. It’s the same kind of marketing acumen that caused Colt to take the Single Action Army out of production at the precise time that the TV western craze drove the market for such revolvers through the roof.

And: I was at a knife show in Portland, and spoke with an exhibitor who had a fine collection of Japanese katanas, wakazashis, and tantos on display. How was it, I asked, that samurai who had spent everything they had on their two swords, were willing to go a-hackin’ and a-whackin’, edge to edge, ruining the blades beyond repair?

They didn’t, was the reply. The average Samurai sword duel took a second or two, literally, and there was no blade-to-blade parrying as in the movies. The first man who made a mistake lost an arm, or a leg, or his head, and that was that. And the principal weapon of the samurai was not the sword, but the spear, in one form or another.

Guns
How To
Rifle Maintenance
Rifles