So, if you’re looking for something to carry when the Balloon Goes Up, as Colonel Brauer used to say, one... 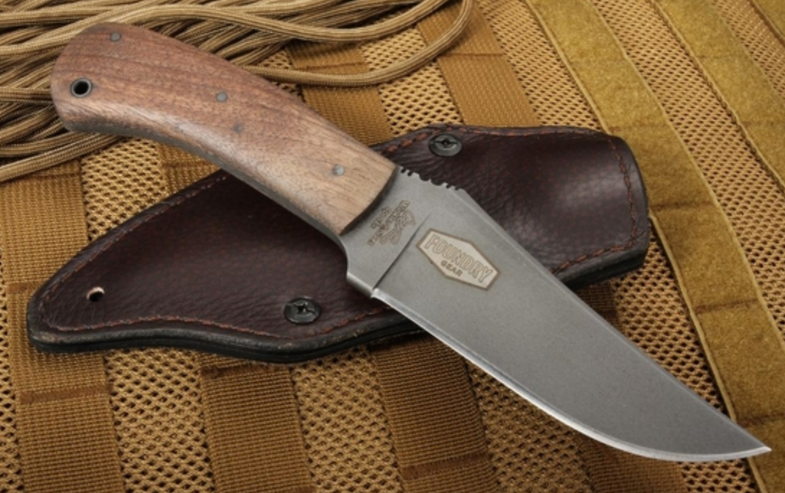 So, if you’re looking for something to carry when the Balloon Goes Up, as Colonel Brauer used to say, one of the better places to look is KnifeArt, which specializes in high-end cutlery, with an emphasis on the military. They’re very good about keeping different lines in stock, and Winkler II is no exception.

Recently, they engaged with Daniel Winkler to make a special edition of his Belt Knife. It’s a plain and unmilitary-looking tool with a 4 ½-inch trailing point blade made of CPM 3V steel which is tempered to 58-60 Rc. The handle is plain walnut. It has all sorts of nice little touches, but does not incorporate a hollow handle or sawteeth, nor will it sever a head at one stroke. If you wish to leap out of a tree and impale a pig with it, I’d look for something else. Or get a gun.

Daniel’s regular steel is one called 80Crv2. I have a Winkler Camp Knife forged from it, and it is tough stuff. According to Daniel, he went to CPM3V for the special edition because it has even more strength, and is pretty much the top performer for a knife like this. It is, however, tougher to sharpen (I’ve sharpened both steels, and find hardly any difference myself) and more expensive. The blade is Caswell finished (a hard coating that’s flat grey, or off grey) which prevents glare, and renders the knife rustproof.

The Belt Knife comes in what may be the best sheath I’ve seen since the original Morseth knives. It’s a pouch style with no snaps or keepers, and has enough of a grip that you won’t lose your knife if you decide to jump off a cliff in Afghanistan. You can wear it right-hand, left-hand, or on Molle gear, with a spring clip or a belt loop. It comes with all the accessories to convert it to whatever you wish.

The price for this Special Edition is $400 even. There’s also a version with a maple handle, and one with sculpted multi-cam G-10. I like the plain walnut. None of them are cheap, but as Daniel says, he doesn’t make entry level gear, and the guys who use his hawks and knives for real have no objection to paying the money.